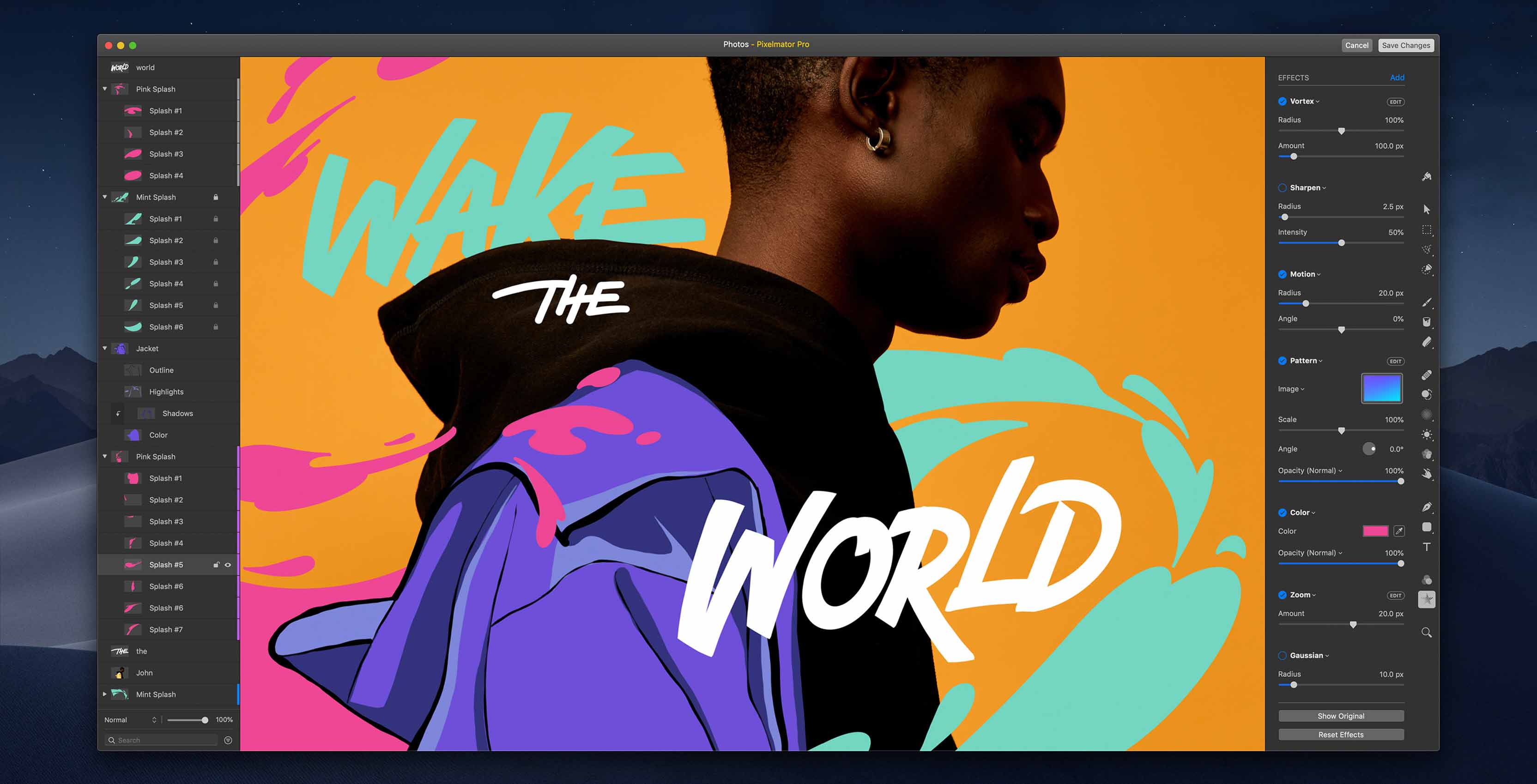 The most significant update is that Pixelmator Pro now works as an editing extension in Apple’s Photos app. With just two clicks, editors can access all familiar tools such as effects and adjustments without the need to open Pixelmator.

The integration also carries over all the Pixelmator Pro keyboard shortcuts and iCloud backup capability. Furthermore, the update brings a new zoom tool for the main app and extension, along with a revamped crop panel for the standalone app only.

Compared to the old zoom tool, the new one offers an interactable thumbnail that indicates the approximate position of the viewpoint. It provides at-a-glance navigation guidance that makes moving around a vast canvas less disorienting.

Likewise, the new crop panel provides better ways to crop and visualize an image. For starters, users can now cut an image to the exact pixel dimensions instead of ratios. Besides this, the new Delete mode permanently deletes all the cropped region. There are also commands to flip the image vertically and horizontally.

Other than that, users can also now drag and drop all layered files (PXM, PXD, PSD, SVG) into an open Pixelmator Pro document.

To turn Photos into Pixelmator Pro, users need to click on the three-dot menu located in the top right corner, and choose Pixelmator Pro in the dropdown menu. Keep in mind that the extension doesn’t grant direct access to Pixelmator’s crop toolbar button. User need to press C to circumvent the limitation, says 9to5Mac.

Google is renaming the Assistant tab in Photos to ‘For you’

Google One now backs up and restores photos, videos and MMS