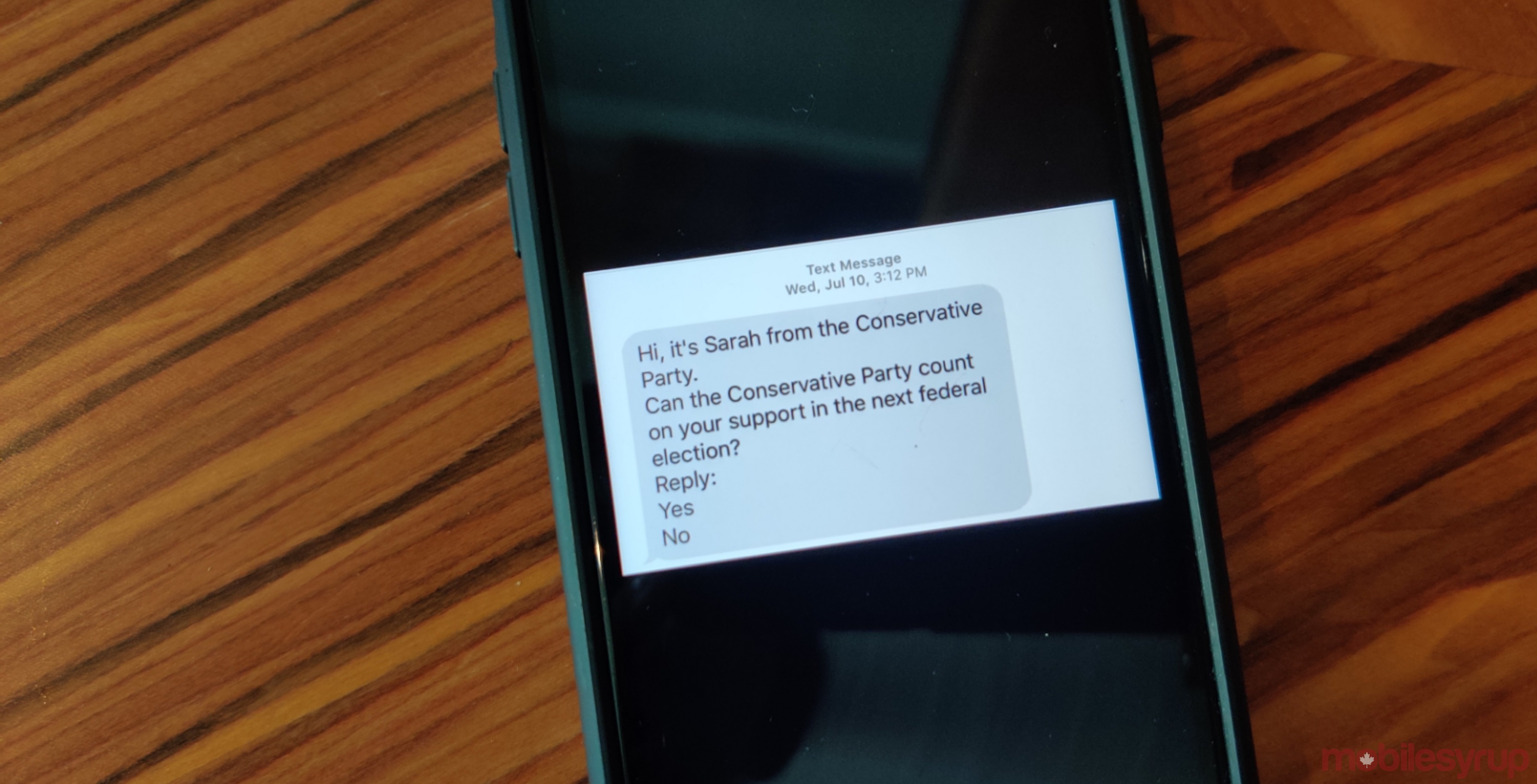 Many Canadians are receiving a text from the Conservative Party of Canada asking if they’ll be voting for the party in the upcoming federal election.

The text reads as follows:

Cory Hann, director of communications for the party, told the CBC that the party was involved in sending robotexts saying that it was a method of voter outreach.

He noted that the party began using texts in April as part of a carbon tax campaign. He also stated to the CBC that other parties have done the same.

“It’s just about locating people who are open to our party and who may be open to voting for us in October,” Hann told the CBC.

It’s worth adding that text messages and YouTube videos won’t count as political ads in this year’s election. As well, doing this is legal. While there is anti-spam legislation in Canada, political parties are exempt from this as well as from the Do-Not-Call list.

“Generally speaking, the Canada Elections Act permits automated messages made by, or on behalf of, candidates or political parties,” Michelle LaLiberté, a spokesperson for the Commissioner of Canada Elections, said to the CBC.

It would only be violating any rule if it falsely claimed the message came from Elections Canada or was trying to mislead or prevent individuals from voting.

The party was able to access numbers that are publicly available through the Canadian Numbering and Dialling Plan.

That is managed by the Canadian Numbering Administrator. The number is then programmed into a robocaller, as the CBC explains.