Verified SMS appears to help identify businesses that message you

Love it or hate it, a common technique Google uses when testing new features is ‘A/B testing.’ In other words, Google will push out new features to some users to try, while others don’t get them at all.

Sometimes, Google includes features in an app but disables them for users while developers test them. These features can be enabled with the right know-how. XDA Recognized Developer ‘Quinny899’ did just that with Google’s Messages app, and uncovered two new features: Verified SMS and SMS Reminders.

This first appears to be a tool for businesses. Details are sparse in the app, but the description of the feature suggests it will scan the numbers of companies that message you and verify them against Google’s database.

The feature notes that it doesn’t share your messages with Google, suggesting only the phone number gets shared. 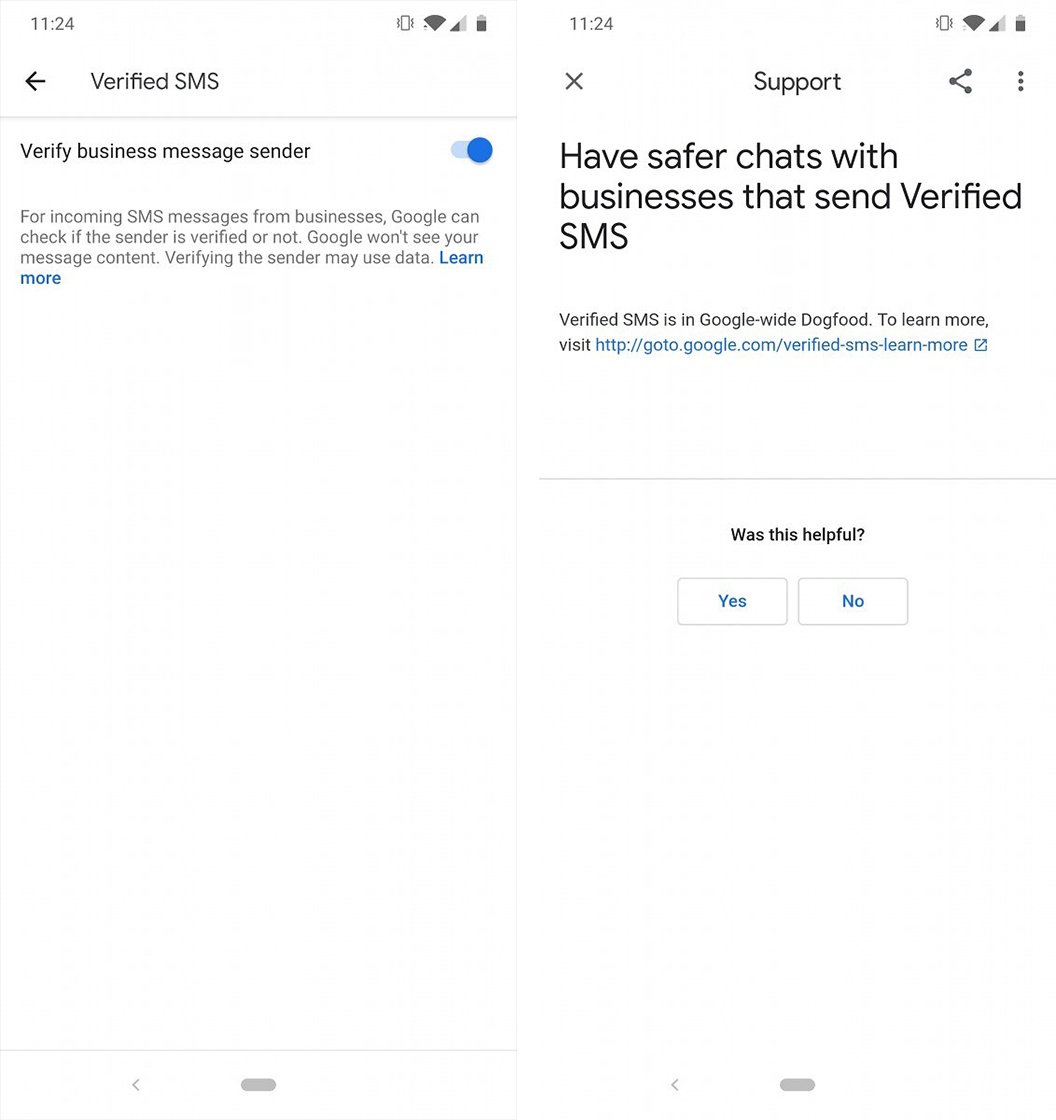 Verified SMS could be an excellent way for Google to help cut down on spam and phishing by providing verification for numbers and pointing out when a message could be illegitimate.

The other feature, SMS Reminders, adds a ‘Remind me in an hour’ button to message notifications. The button joins the ‘Mark as read’ and ‘Reply’ buttons.

On the surface, this seems like a smart addition — who hasn’t gotten a message while doing something important and forgotten to respond when they finished their task?

However, as XDA Developers points out, Android 8.0 Oreo introduced built-in notification snoozing, so on newer devices, this feature is practically useless.

That said, users who aren’t aware of notification snoozing, or those with older devices and older version of Android, may appreciate the addition.

At this point, it isn’t clear if or when these features will roll out to users. At the moment, Google is testing Verified SMS and SMS Reminders, so it could be some time before the new features are ready for prime time.