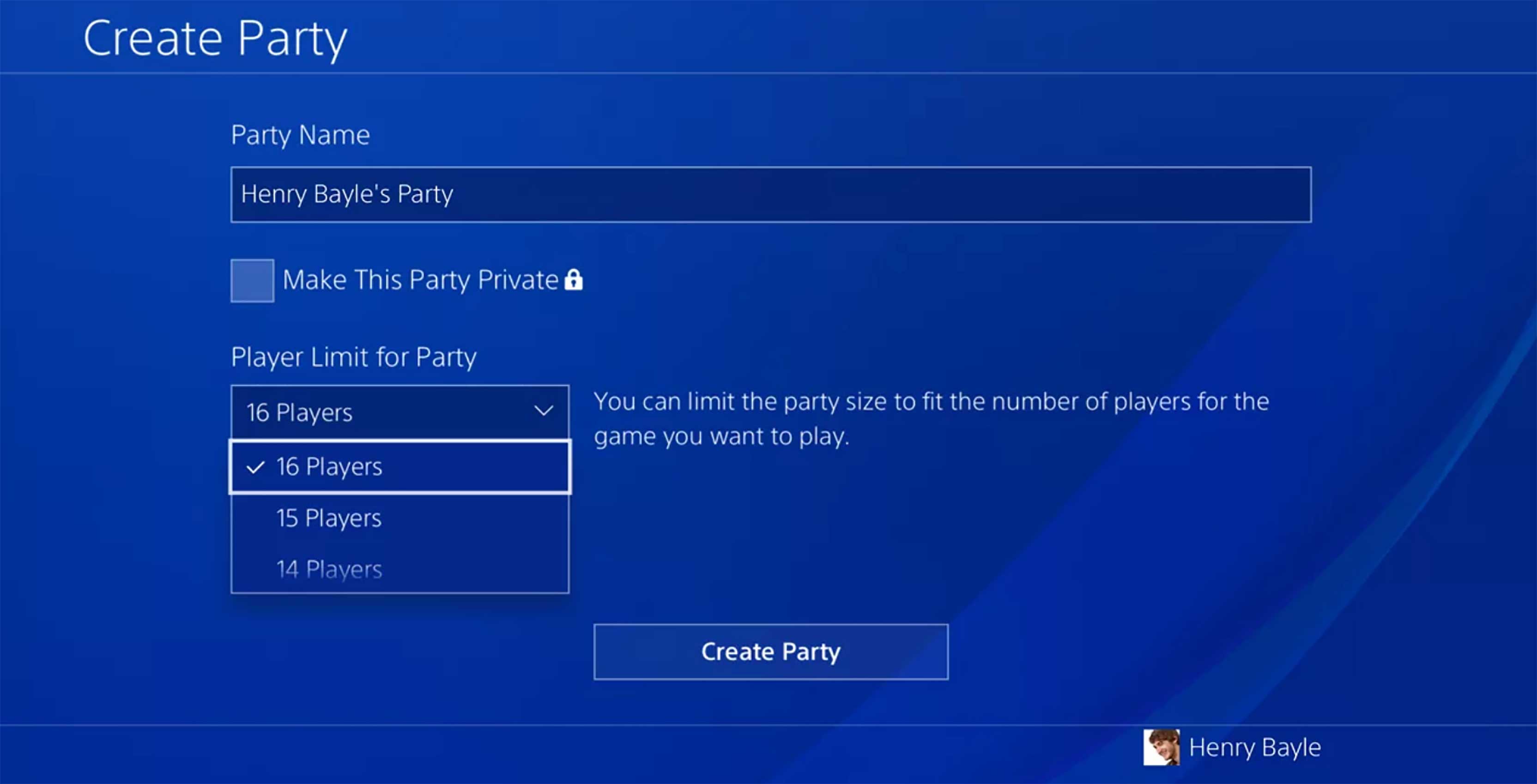 Sony has revealed a few upcoming party features on the PlayStation 4 that are currently being tested in its PlayStation Preview Program beta program.

To start, Sony is testing the ability to have a maximum of 16 players in a single party, up from the previous cap of eight players. Further, Sony is testing improvements in audio quality for voice chat and network connectivity.

Sony says these updates will become available to Preview Program testers soon, although it’s unclear when it will roll out to all users.

For now, Sony is inviting players in the U.S. and Canada to sign up for the PlayStation Preview Program at this site.