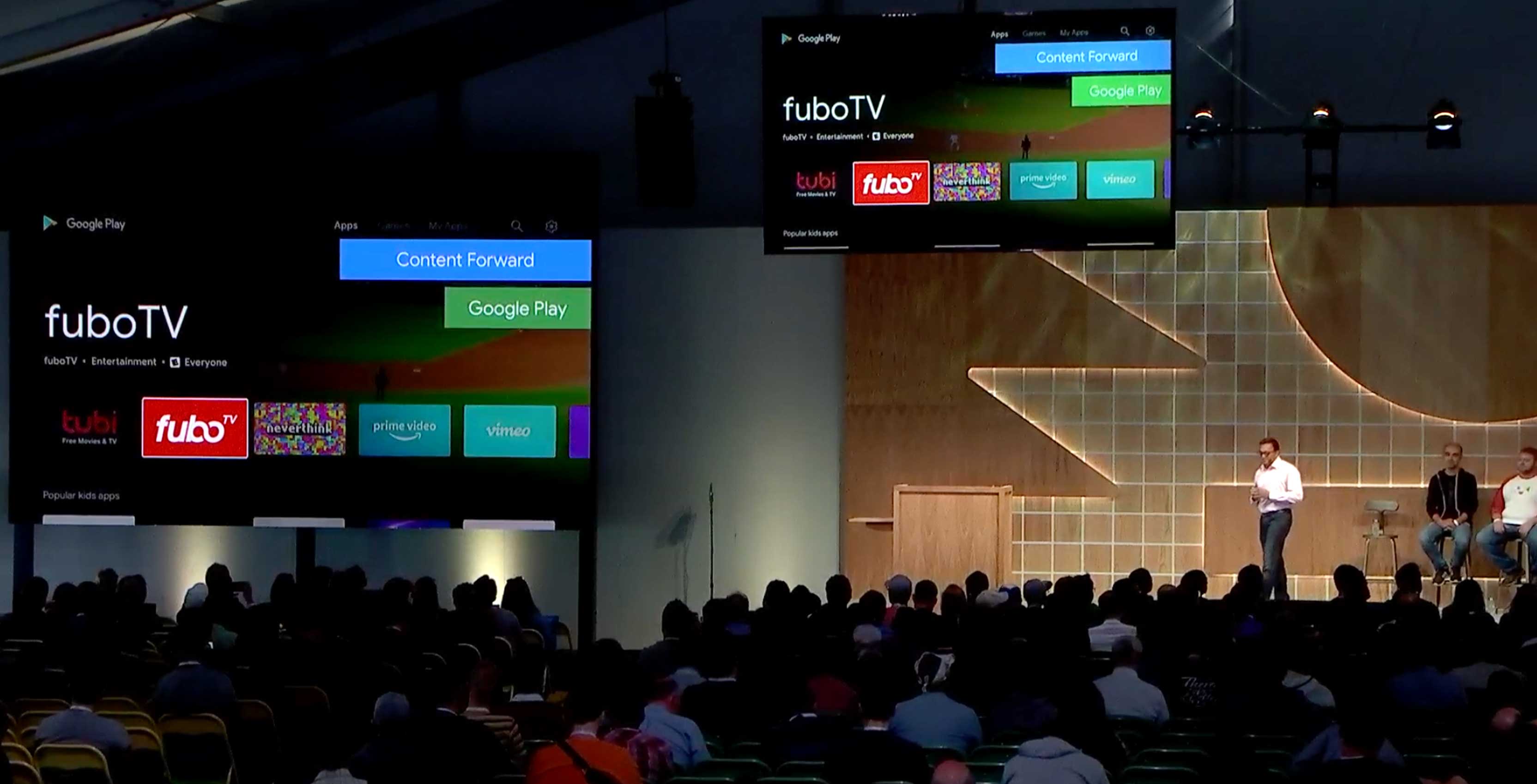 Google showed off a new interface for the Android TV Play Store with a cleaner look during a technical session at Google I/O.

The current Play Store on Android TV has a very similar look to Android Nouget, which looks outdated compared to the rest of the company’s modern design language.

The new Play Store design looks much cleaner and uses Google Sans font in more places to help bring it up to par with other Google apps on the TV like Play Movies.

Android TV’s new Play Store interface. (The blue and green bars are part of the live stream, not the latest update).

Google is also saying that this update will make content easier to find and apps more accessible to subscribe too.

The company is also working to integrate Assistant into the TV interface by making it know what’s on live TV through some third-party apps like Philo.

While this is a refreshing update, there are still a lot of problems with Android TV. If you ever wondered why it takes so long for your Android phone to get updates, you have no idea what it’s like with Android TV.

Luckily for Android TV owners, Google is trying to solve this problem. The tech company announced that right now 80 percent of Android TVs are running Android 7 and above, but by the end of the year it’s hoping to have at least 60 percent on Android 8 and above. 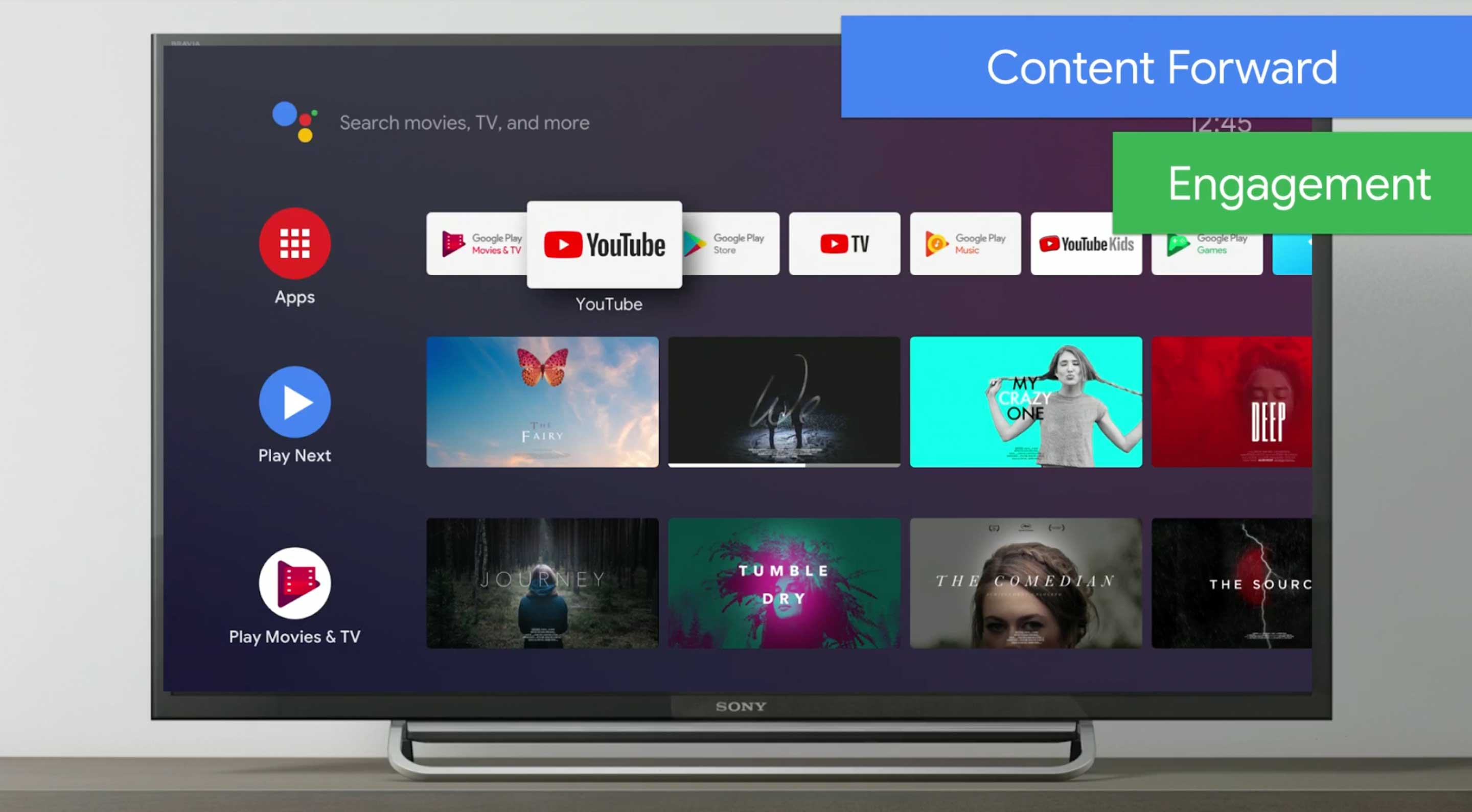 Once users get Android 8 Oreo, updates should flow in more smoothly too. Google has decoupled the launcher from the OS so it’s easier to update and ultimately should give users a better experience in the future.

While being on Android 8 seems a few steps behind Android 9 and 10 on mobile, don’t worry. The visual language currently associated with Android 8 Oreo on Google’s TV platform looks very modern and takes lots of notes from Google’s Material Guidelines.