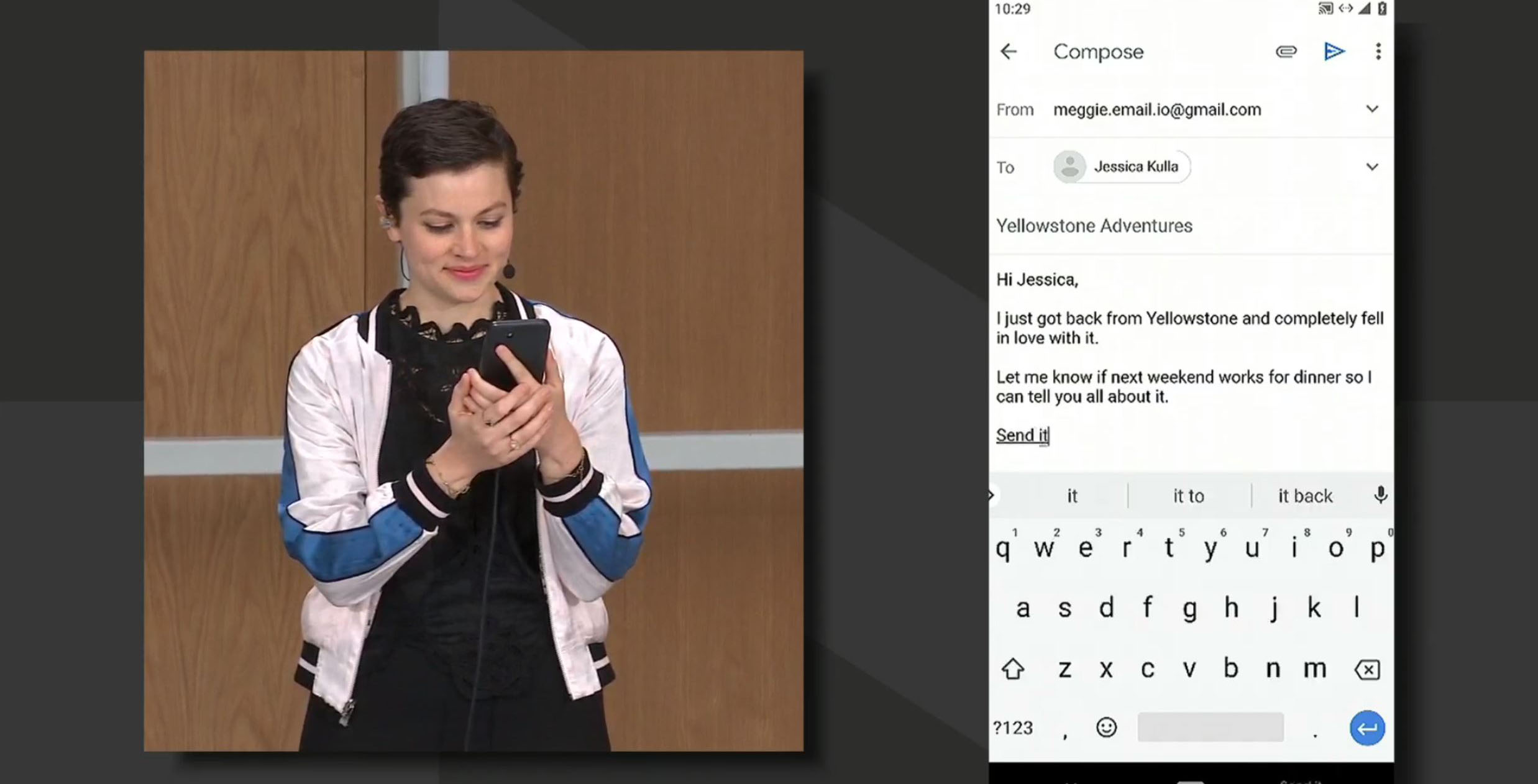 Google previewed the next-generation of its Assistant personal helper at I/O 2019.

The new Assistant is much more responsive than it predecessor and can handle more complex queries.

Using a feature called ‘Continued Conversation,’ the Google employee demoing the new Assistant was able to ask multiple things of Assistant without saying “Hey Google” more than once.

Google’s Manuel Bronstein says Google was able to build these enhancements by making Assistant able to run locally on a phone. The result is that Assistant will now work with no network connection, and be able to complete queries with “nearly” zero latency.

In another part of the demo, Assistant was able to differentiate between when the user was dictating part of an email and asking it to complete an action. Assistant is now able multitask across multiple apps. For example, a user can share a photo with a friend while messaging them at the same time. Google says Assistant is able to answer questions up 10 times faster.

Google will launch the next version of Assistant on the new Pixel phones it plans to launch later this year.

With faster responses using new on-device processing, a better understanding of you and your world, and more help in the car, the Google Assistant is continuing to get better at helping you get things done → https://t.co/ueiS9n0wfJ #io19 pic.twitter.com/Rm2VjQTXW9

Alongside these changes, Google also built a new Driving Mode within Assistant.

For instance, if the user has a dinner reservation in their calendar, Assistant will display directions to the restaurant. In another example, should the user have started a podcast at home, Assistant will offer to continue playing it when the user starts driving.

According to Google, Driving Mode will launch automatically when an individual pairs their Android smartphone with their’s vehicle’s Bluetooth.

In a separate blog post published after the announcement, Google revealed Assistant is now available in more than 30 languages across 80 countries.