No real surprises here, but I really want this jet ski so I can live out my 90's Bond villain fantasy 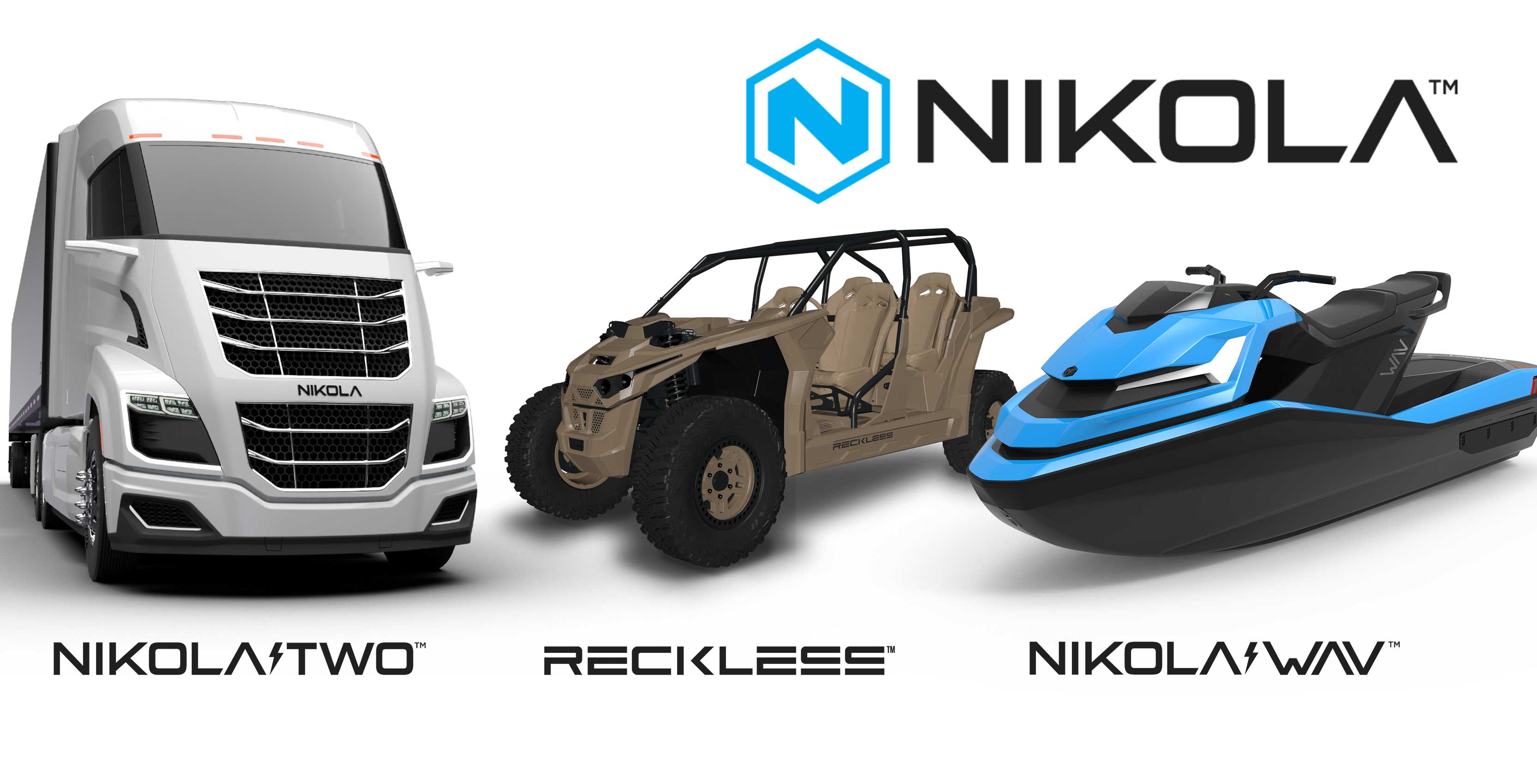 The most notable announcements are the two semi trucks, but the other vehicles seem like much more fun, and maybe even a little bond villain-ish. 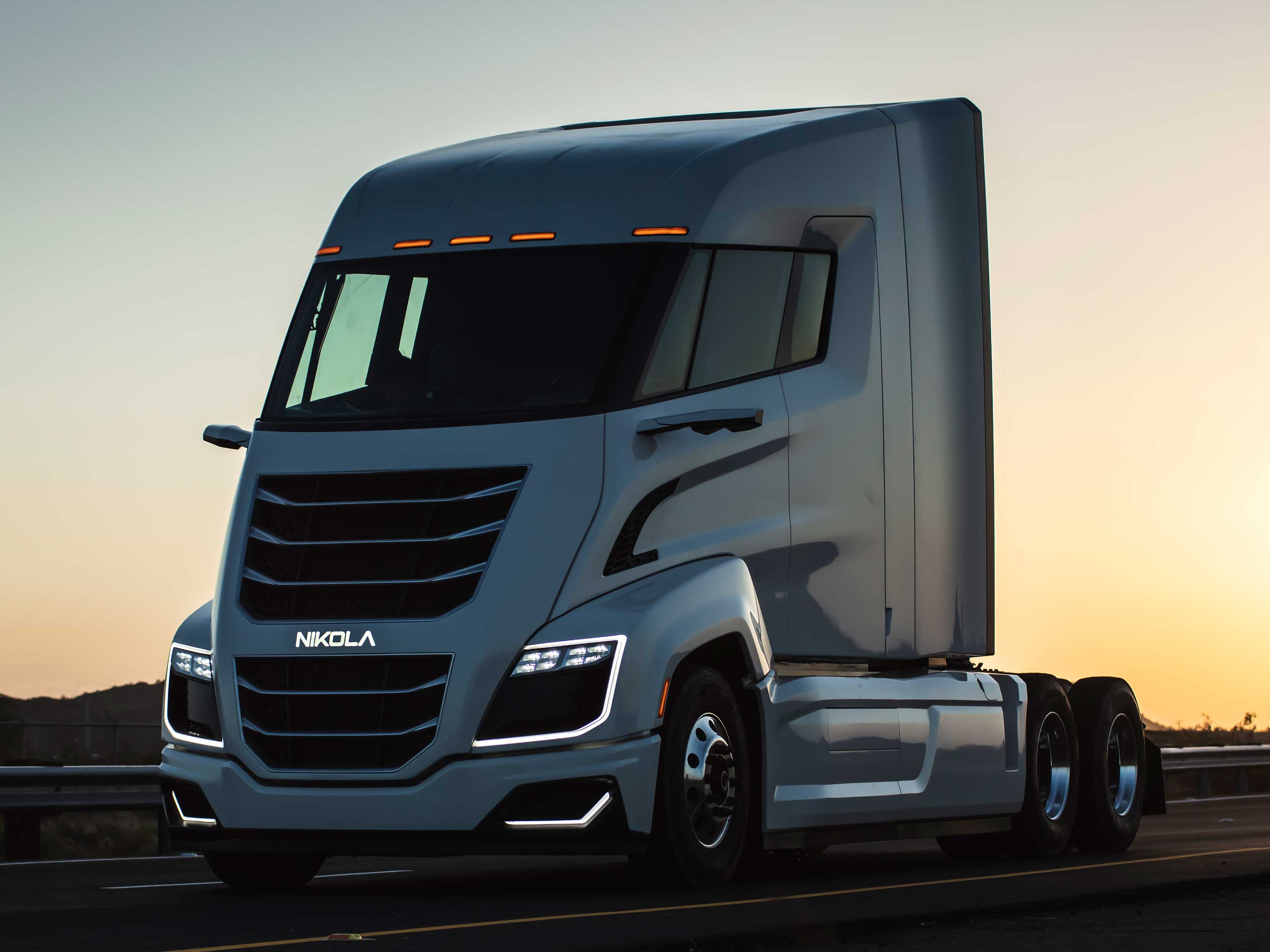 The trucks are called the Nikola 2 and Nikola Tre. The latter is for the European market and won’t go into production until 2023. The former is the company’s main product and should hit the market in 2022.

The truck uses Hydrogen power instead of traditional batteries. Hydrogen is a fantastic substitute for lithium-ion batteries since it’s so much lighter, but since there are barely any refuelling stations the technology needs to overcome that hurdle to become more mainstream.

There will also be a shorter range battery powered option available in the future, according to Ars Technica

You can learn more about Nikola’s upcoming truck here. 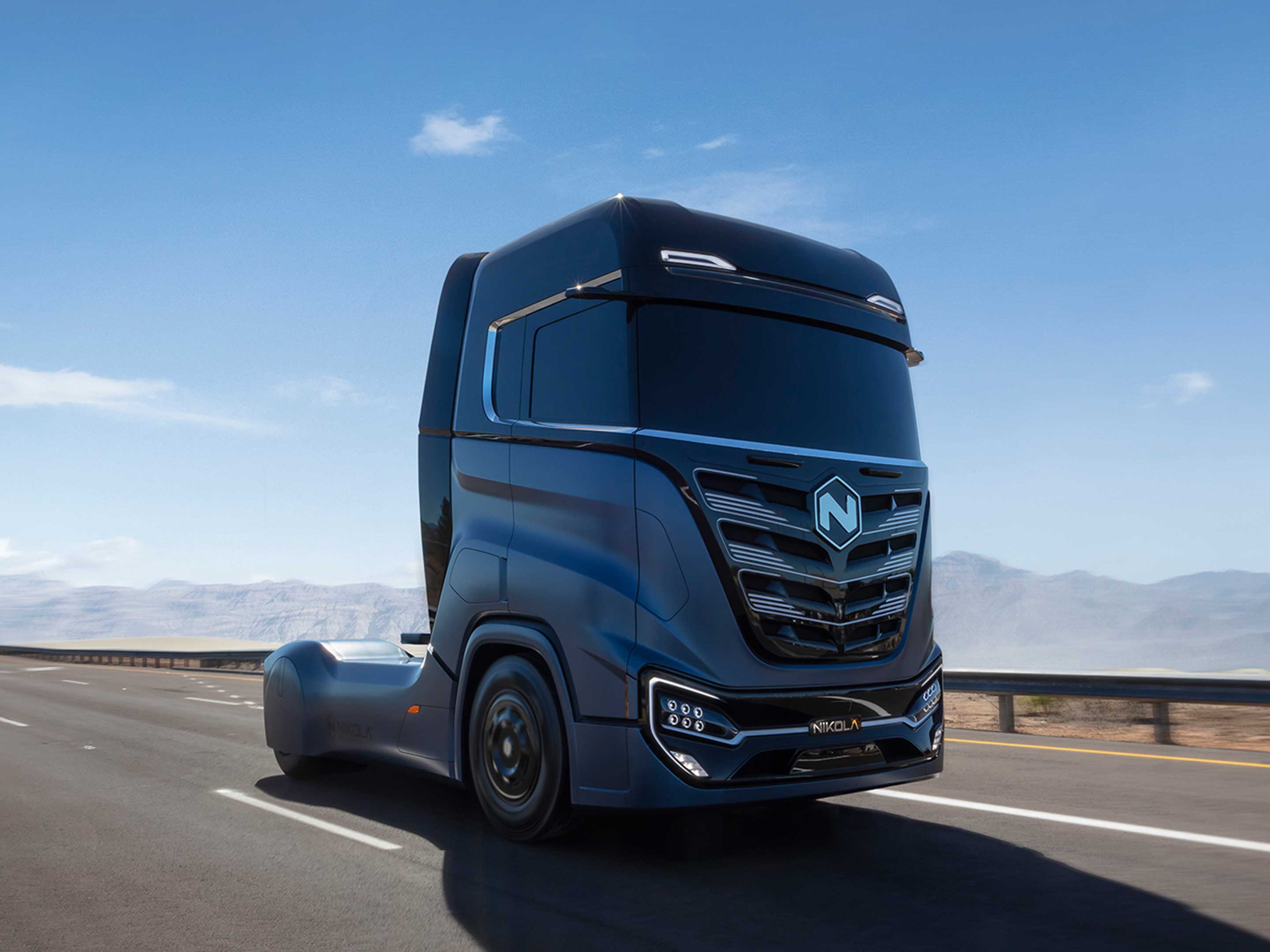 The European cruiser, the Tre has pretty much the same specs as the Nikola 2, but in my opinion, its got a much cooler design. 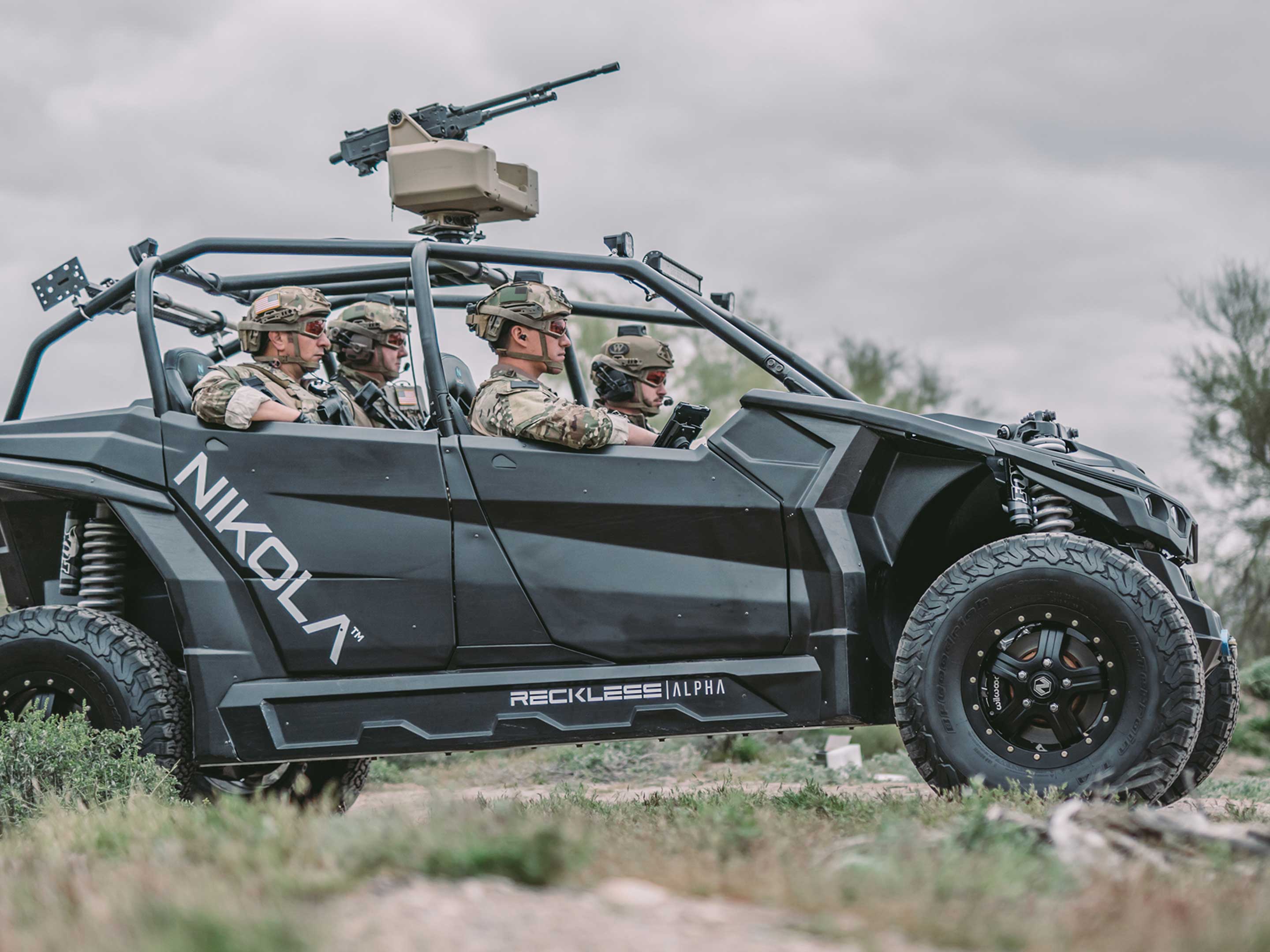 On land, there’s a new side-by-side utility vehicle called ‘Reckless‘ that’s military grade and users can even control it remotely. It has a minimal heat signature and it’s relatively silent as well.

The all-terrain vehicle also has four motors, so if something happens to one, the electric off-road powerhouse can run off of the other three. Beyond that it’s IP67 waterproof, meaning that you can submerge it in 1 metre of water for 30 minutes and be it will be fine.

This is the second all-terrain vehicle that Nikola has shown off in the last few years. The first was the NZT, which is a more consumer-focused side-by-side vehicle. 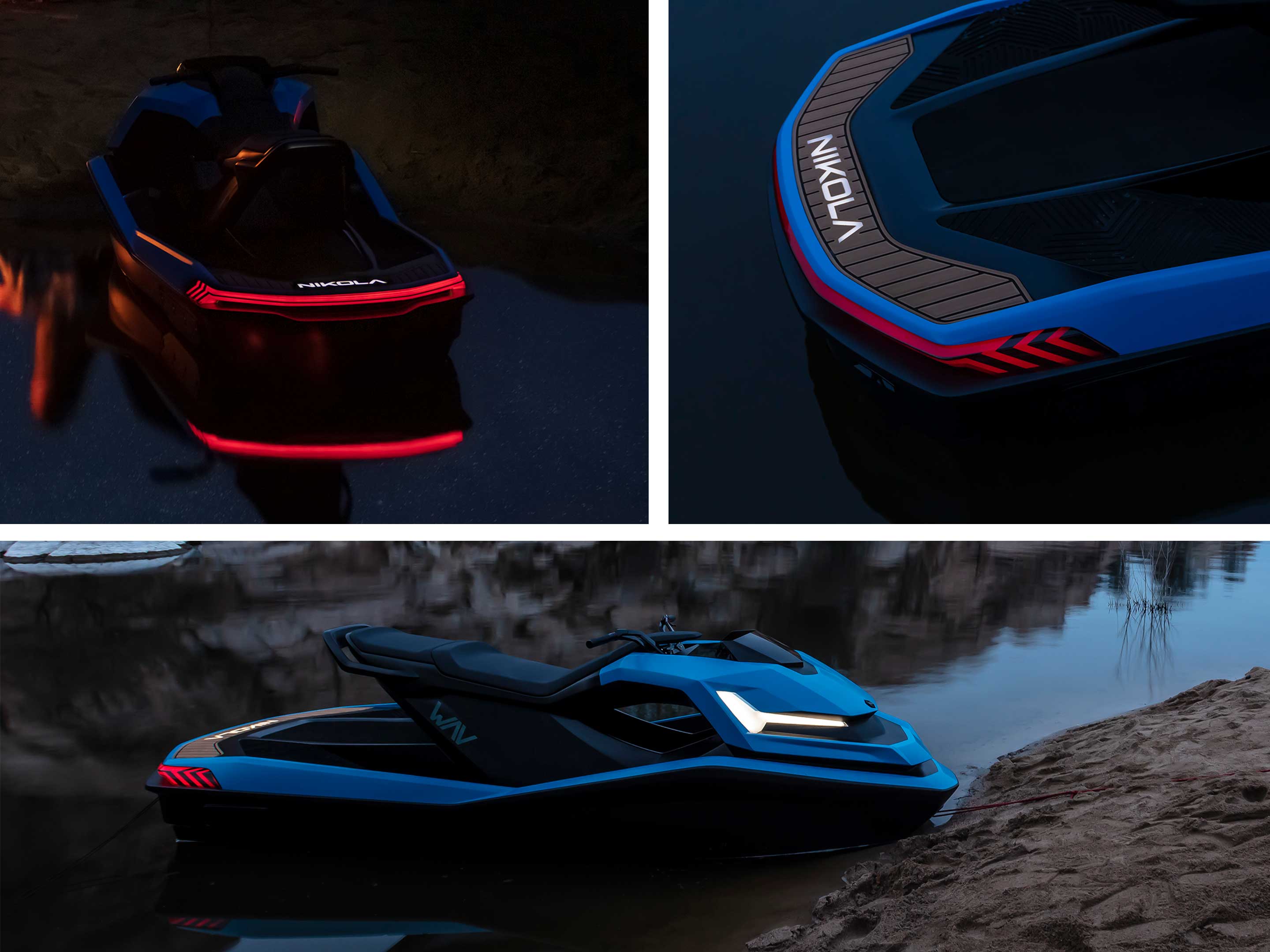 In the water is where the coolest project lives. The Nikola WAV is a jet ski that’s supposed to be much quieter than traditional gas-powered models and has instant torque meaning it should accelerate really quickly.

Beyond that, it has a 12-inch 4K display, and to me, the overall design looks incredibly cool. Although, I’d love to see it in a few other colours.

Both the WAV and the NZT are heading for commercialization in 2021, reports ARS Technica