Update 02/27/2019 12:26pm: Google has confirmed to Bloomberg that Apple Music briefly showing up in the Google Home app was related to a software bug.

Update 02/26/2019 3pm: Google has removed Apple Music from the Google Home app, according to MacRumors.

Google has removed the Apple Music option from the Google Home app. Ooops!

Although I’m repeatedly told that Apple Music is a superior platform to Spotify, both in terms of content and layout, the fact that the platform doesn’t work with Google’s Home speakers has kept me locked into the latter service.

However, that could soon change, according to a recent MacRumors reader tip. Apple Music is now listed as a platform capable of being integrated with Google’s smart speaker line, though the functionality currently isn’t available.

This move would make sense for Apple as the company moves to broaden the reach of its services offerings. In fact, even Amazon’s Alexa-powered Echo smart speakers received Apple Music integration in late 2018. 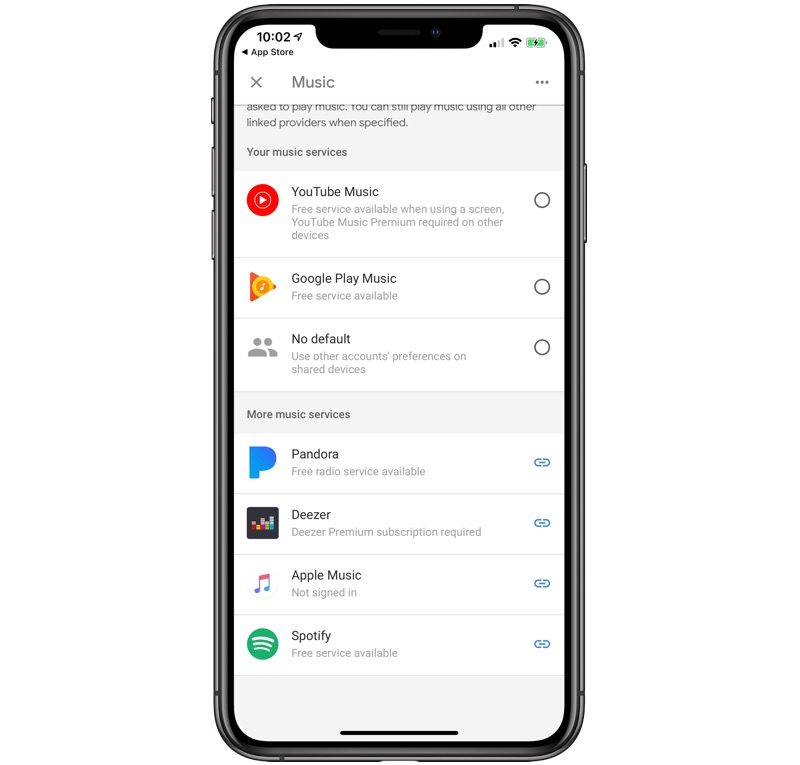 At CES last month, Apple also announced that AirPlay 2 is coming to a variety of smart televisions, including TVs from LG, Samsung and Sony.

Samsung televisions are set to get a Tizen version of Apple’s Movies and Television app, presumably in an effort by the company to open its upcoming video streaming platform to a wider audience.

Regardless of Apple’s motivation, this is a good move on the tech giant’s part and is yet another example that the company’s walled-garden approach to software is slowly crumbling.

For what it’s worth, the update hasn’t shown up in my iOS Google Home app yet.