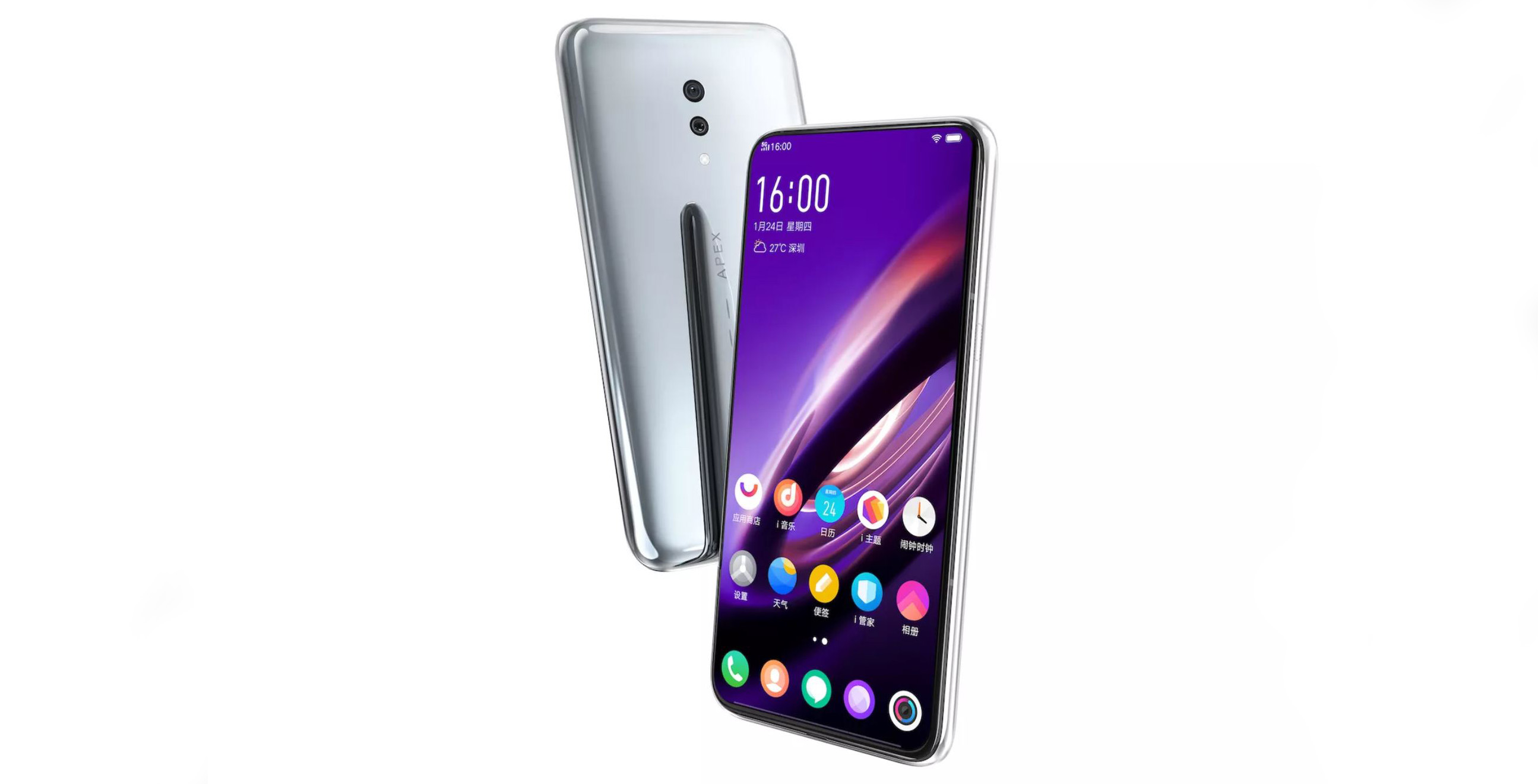 Vivo has finally revealed the Apex 2019.

This handset, which was codenamed ‘Waterdrop‘ during development, sports a unibody design with no buttons or ports. The device also has a full-screen curved display — though Vivo hasn’t specified the panel’s size.

The phone lacks a headphone jack, though that’s become typical of most devices nowadays. The Apex 2019 also lacks a charging port and instead uses a rear-mounted charging connection that also allows for data transfer. Oddly enough the handset does not feature Qi inductive charging.

Vivo’s Apex 2019 also introduces full-display fingerprint scanning, which means users should be able to unlock their device by tapping almost anywhere on the screen. The technology will also be able to detect when there’s a finger near the display. The phone will light up pixels on the screen near where it detects the finger.

Instead of a speaker grill, the Apex 2019 features “Body SoundCasting” technology that turns the smartphone’s display into a speaker.

On the sides, Vivo took a note from HTC and added a capacitive touch and pressure-sensing volume rocker and power button.

The handset will sport a Snapdragon 855 processor, ƒwith 12GB of RAM and 256GB of non-expandable storage. Additionally, the phone will be the company’s first 5G capable smartphone, with a Snapdragon X50 5G modem.

The Apex 2019 also has a dual camera setup on the rear, but Vivo has been quiet regarding the cameras’ specifications. Oddly enough, the phone lacks a selfie shooter, but again this is only a concept product.

Similar to the Apex 2018 FullView, Vivo will bring this concept device to Mobile World Congress next month. However, also akin to 2018, Vivo might launch a fully functional variant of this device.

Meizu, another Chinese company, beat Vivo to the punch and unveiled the Meizu Zero, its own smartphone with no ports or buttons, earlier this week.

Vivo’s Apex 2019 ‘Waterdrop’ will have no buttons or ports: report