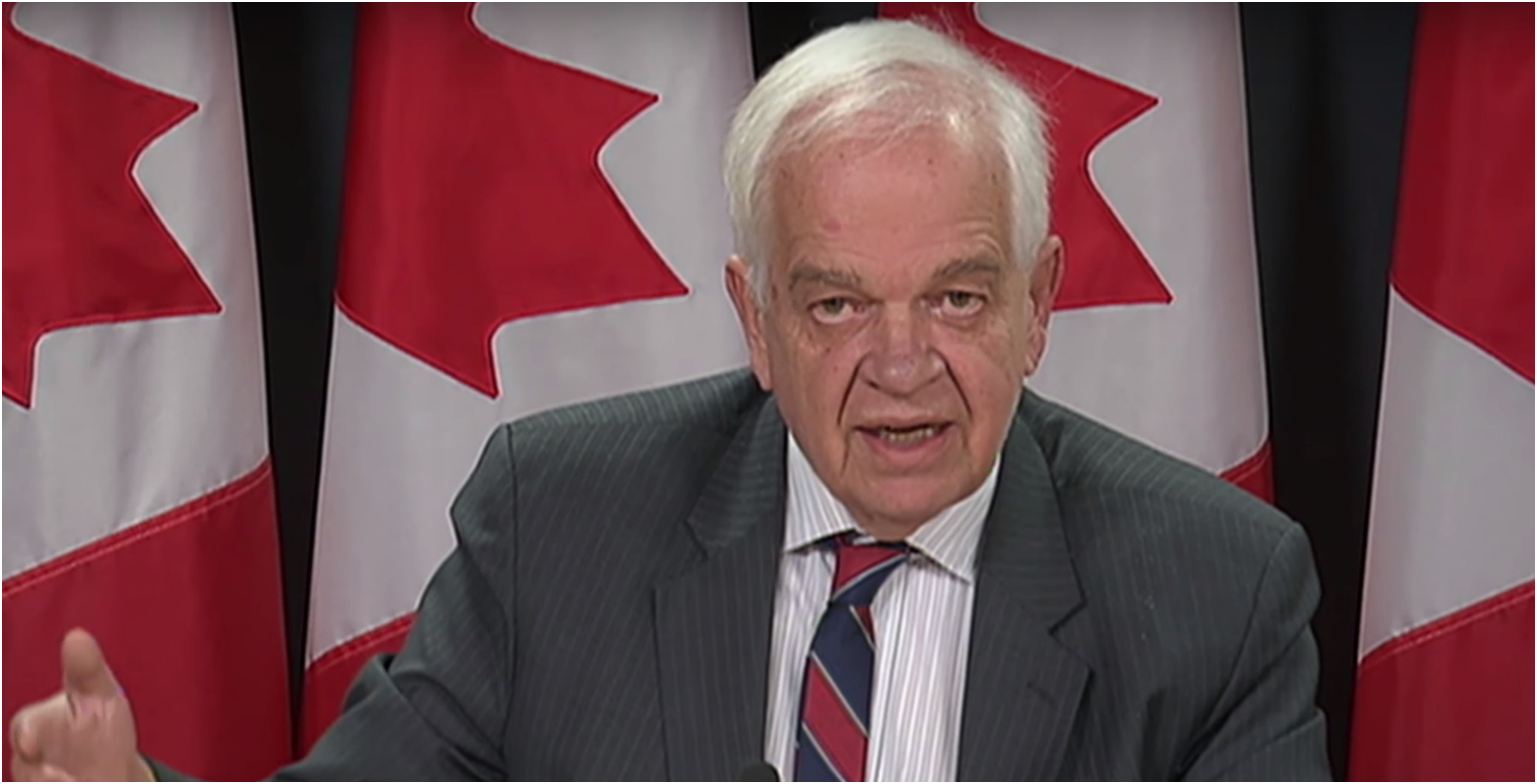 During a news conference with Canadian and Chinese state-owned media in Markham, Ontario, the former Liberal cabinet minister said that Meng has “quite good arguments on her side.”

“One, political involvement by comments from Donald Trump in her case. Two, there’s an extraterritorial aspect to her case, and three, there’s the issue of Iran sanctions which are involved in her case, and Canada does not sign on to these Iran sanctions. So I think she has some strong arguments that she can make before a judge,” he said.

It’s important to note that Huawei has been operating in Canada since 2008 and is currently working with Bell and Telus to deploy 5G networks in Canada.

Meng was arrested in Vancouver while in transit to Mexico. She was granted bail but currently faces extradition to the U.S., where authorities reportedly said she deceived international banks to funnel transactions between Huawei and Iran. Meng has maintained that Huawei has no connection or involvement.

On January 21st, 2019, The Globe and Mail reported that the U.S. has informed the Canadian government it will issue a formal extradition request, which could come anytime before January 30th, 2019.

After the filing is made, Canada’s Department of Justice International Assistance Group has 30 days to decide how to proceed. If it gives “authority to proceed” it then goes to the Superior Court to determine whether the arrested person is extradited or not.

At the hearing, a judge will determine whether there is sufficient evidence that would require extradition.

McCallum did note during the interview that a judge will make the final decision on whether Meng should be extradited and said that there will be “zero involvement” by the federal government.

“It’s purely a judicial process. There may come a time when the justice minister is required to give a view, but that will not be for some months to come,” he said.

It’s important to note that Prime Minister Justin Trudeau recently appointed Liberal Member of Parliament David Lametti as the new Justice Minister and Attorney General, who would have the final say on whether or not Meng is extradited. In the past, Lametti has been outspoken about the importance of Canada’s relationship with China.