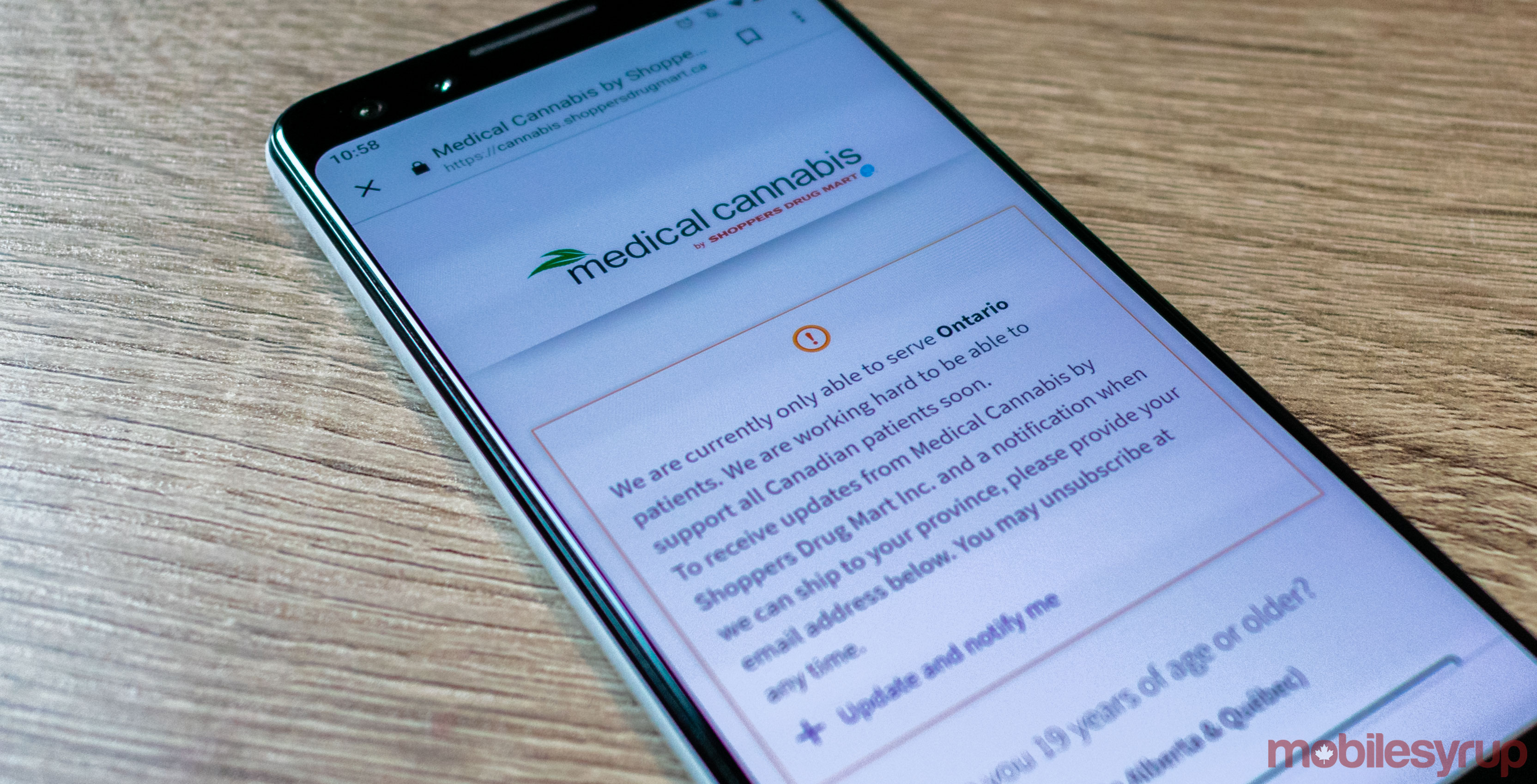 The news comes roughly one month after Shoppers first announced that it would formally enter the medical cannabis e-commerce market in Canada’s most-populated province.

According to a January 8th, 2019 media release, medical cannabis patients will be able to purchase cannabis products from 10 licensed producers “shipped directly and discreetly to their doorstep.”

Shoppers says that the care centre consists of a “virtual team of professionals who can provide counselling and support for patients.”

“As medical cannabis is increasingly prescribed to Canadians for its therapeutic benefits, our goal is to enhance the service and support that patients receive through this process.”

Representatives from the SCCC will then contact patients, review their documents and provide online registration and strain selection support.

It’s worth noting that the online storefront currently stocks 24 cannabis products and eight accessories, with only legal products — like dried flower cannabis and some oils — on sale.

Due to Ontario’s existing cannabis legislation, physical Shoppers Drug Mart locations are prohibited from selling either recreational or medicinal cannabis.

The Alcohol and Gaming Commission of Ontario will accept applications to distribute 25 licenses at random to would-be cannabis retailers on January 11th, 2019.

The results of the lottery will be released within 24 hours.

73 percent of young Canadians are more likely to shop online than in-store: survey