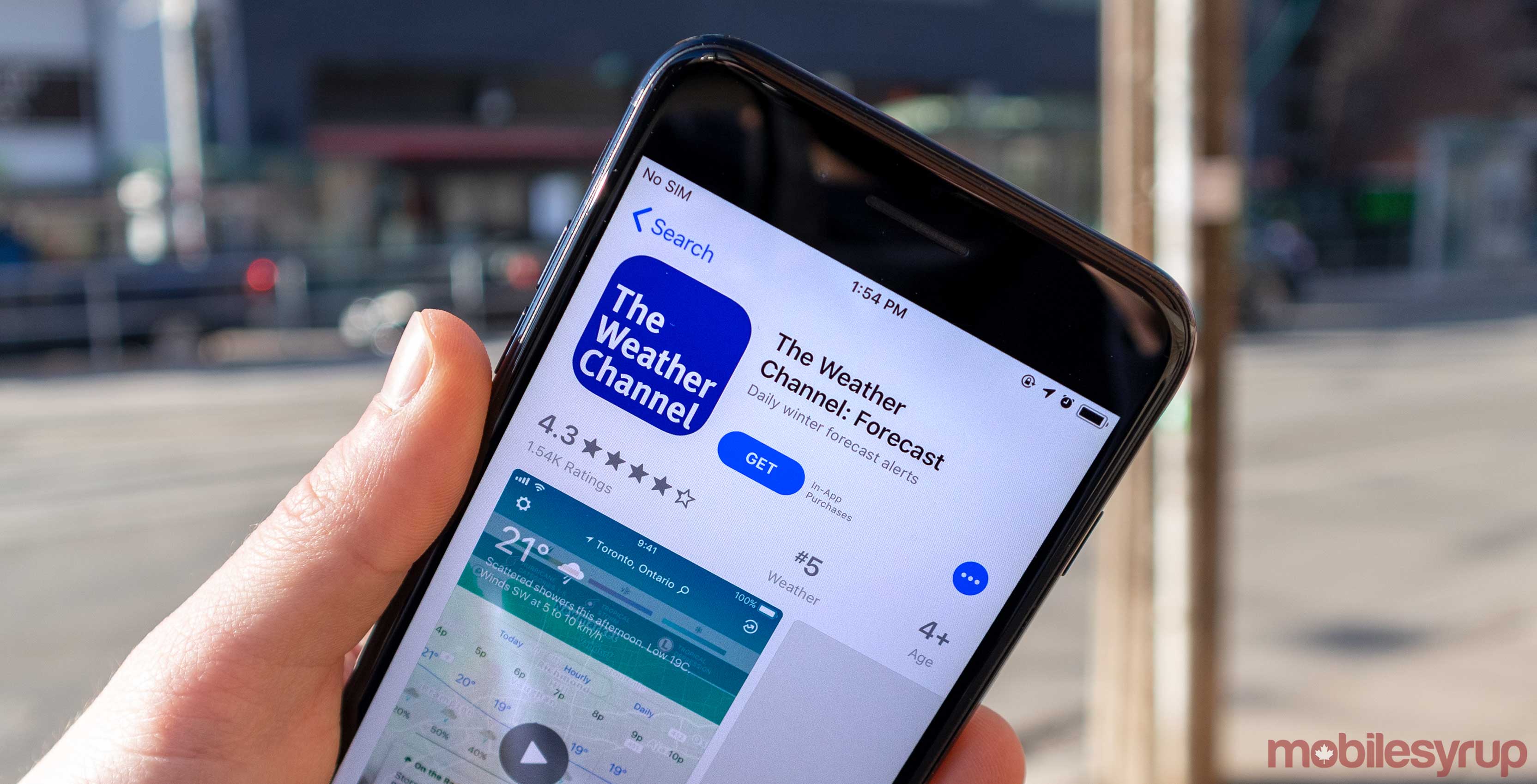 The Weather Channel app used personal location information from millions of users for commercial purposes, according to a lawsuit filed by a city attorney of Los Angeles.

According to the filing, the city claims that the app never disclosed that it would use personal information for monetization and for other purposes other than related to weather alerts or forecasts.

LA lawsuit against The Weat… by on Scribd

IBM’s Weather Company, which operates the app, says it has been downloaded over 100 million times and has 45 million active monthly users. The app is one of the most popular weather apps in the U.S.

In Canada, the app is number 5 under weather apps in iTunes’ App Store and in Google Play the app has been downloaded over 100 million times.

The lawsuit says that the Weather Company misled users by asking them to turn on their location tracking so that it could deliver better information, and not providing the appropriate information.

The government alleges in the lawsuit that the company used the data in order to gain hedge fund data and analysis and for targeted marketing.

“For years, [The Weather Channel] has deceptively used its Weather Channel App to amass its users’ private, personal geolocation data — tracking minute details about its users’ locations throughout the day and night, all the while leading users to believe that their data will only be used to provide them with ‘personalized local weather data, alerts and forecasts,’” the lawsuit reads.

The publication found at least 75 companies that collected precise location and “on at least one occasion logging a person’s whereabouts more than 14,000 times in just one day.”

The Times added that pop-up notifications only ask users to enable location services and don’t go into detail on how that information would be used.

The Verge reported on January 4th, 2019 that the lawsuit calls out the company and says that these messages are incomplete, “fraudulent and deceptive,” violating California’s Unfair Competition Law.

“If the price of getting a weather report is going to be the sacrifice of your most personal information about where you spend your time day and night…you sure as heck ought to be told clearly in advance,” said Michael N. Feuer, the Los Angeles city attorney, in a separate New York Times article published on January 4th.

IBM responded to the Times saying: “The Weather Company has always been transparent with use of location data; the disclosures are fully appropriate, and we will defend them vigorously.”