Anything to protect your pupper 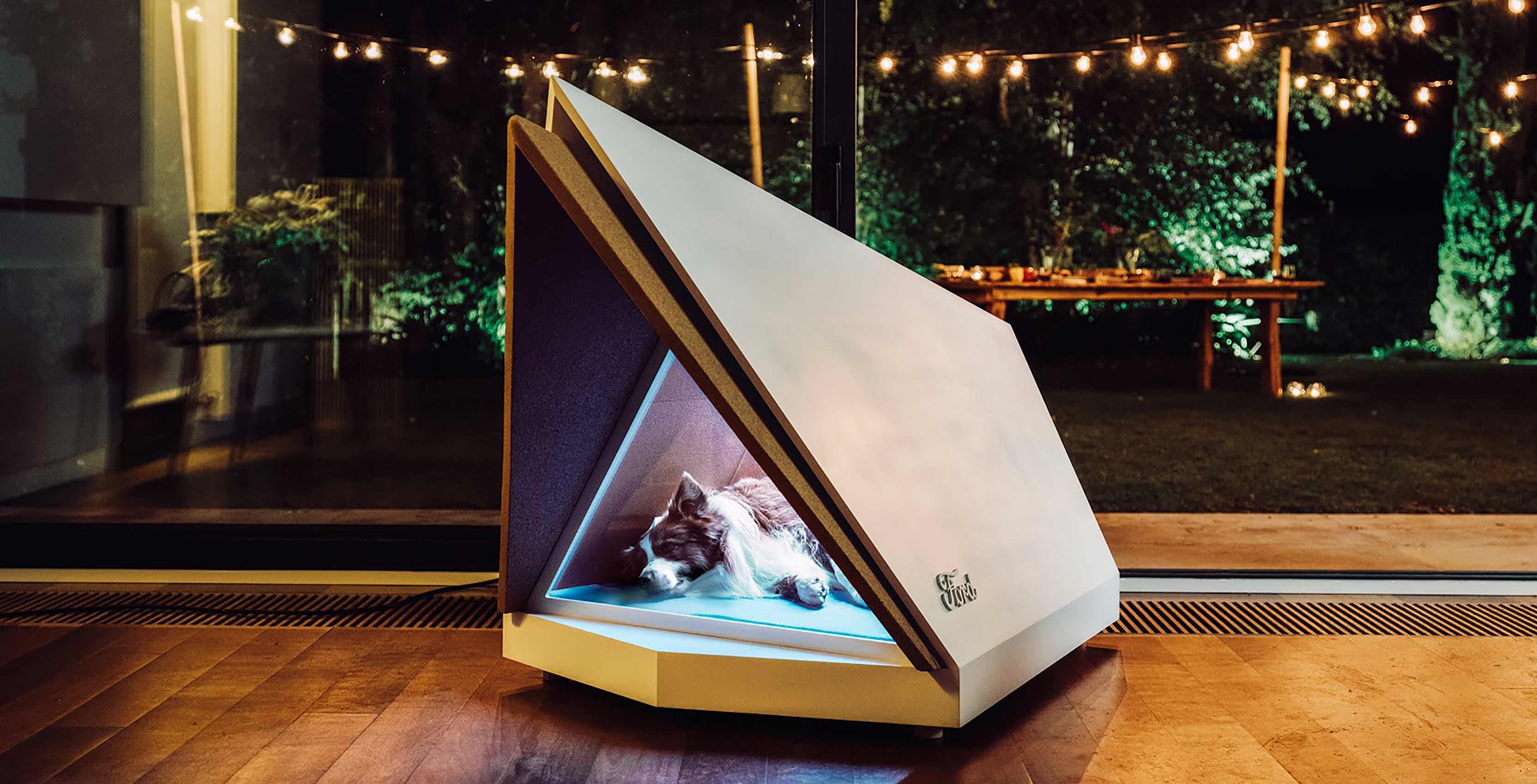 New Year’s Eve wouldn’t be the same without fireworks.

After all, can it really be considered a New Year without seemingly never-ending colorful, loud explosions filling the night sky?

While that may be true for most humans, dogs typically aren’t fond of all the racket, which can result in your poor pupper fearfully running off to hide somewhere. Thankfully, Ford seems to have come up with a way for you to ring in the New Year while also not feeling bad about your dog being terrified.

The solution is Interventions, a recently revealed prototype for a noise-cancelling dog kennel. Essentially, the automaker has taken the noise-cancelling tech from its Edge SUVs and re-tooled it for dogs’ hearing.

In the Edge, Ford has placed microphones that pick up high levels of noise from the engine or transmission and counteract them using opposing sound waves. With dogs, it’s a little more complicated due to the fact that canines can hear a much wider range of frequencies that humans — and at longer distances, to boot.

Once sorted that out, Ford then took the rejiggered noise-cancelling panels and placed them in a kennel equipped with soundproof ventilation. For greater coverage, the kennel also sports an automatic door that closes after the dog has entered.

According to Ford, the Kennel is the first initiative in a line-up of Interventions-branded products that intend to solve everyday problems using automotive technology.

Given that this is a prototype, it’s unclear how much it would cost — assuming it ever releases commercially in the first place. However, on concept alone, this appears to be a great idea. There are few worse feelings than seeing your dog in distress and not being able to tell him or her that everything’s okay.

Based on the video, it looks like the kennel will serve as a calming environment to settle in. Realistically, fireworks won’t be going on for too long in your area, anyway, so your dog shouldn’t have to be tucked away for too long.

I can also see this being put to great use outside of the occasional holiday fireworks show. For example, my dog — an eight-year-old Cavachon named Bonnie — gets completely frightened whenever the fire alarm goes off. Even after the alarm stops ringing, Bonnie will still be anxiously shaking on the couch for several minutes to come. In situations like that, I could easily see a noise-cancelling kennel coming in handy.