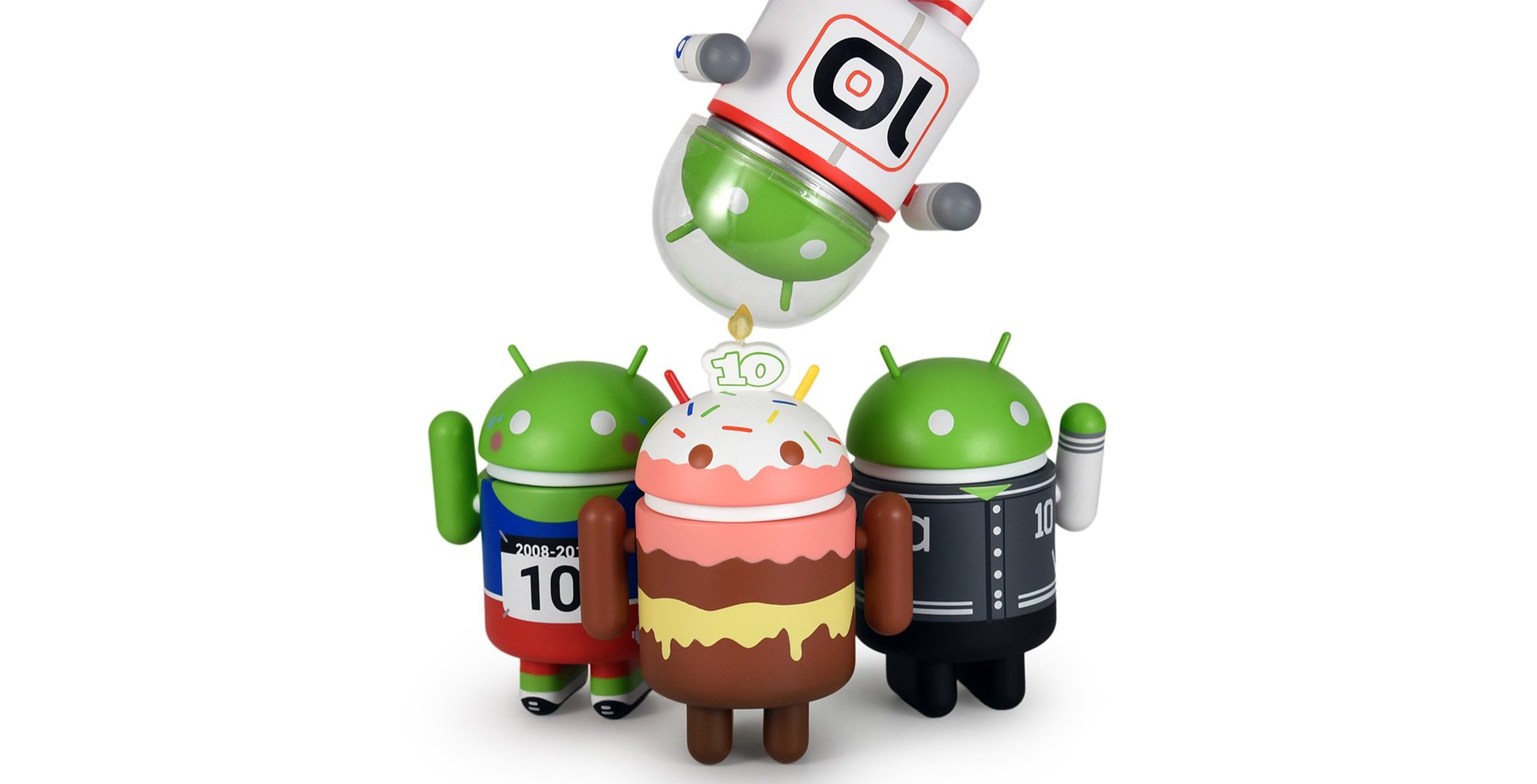 The new figures include a cake-styled droid with a 10 candle on its head, a runner with a number 10 on its chest, an astronaut with a 10 on its space suit and a clear plastic helmet and a droid wearing a varsity jacket with a 10 on it.

Andrew Bell, the artist behind Dead Zebra, announced the new minis via his Twitter account (@deadzebra). Further, he indicated the release would be on November 26th at 11am EST and would be “frantic F5 free.”

Typically with online releases, users have to refresh their browsers — or tap F5 on Windows computers — constantly to see when stock arrives. Bell hopes this won’t be the case, but admits he doesn’t know when it comes to these releases.

Come November 26th, the figures will be available individually or as a set. While Bell hasn’t announced pricing yet, other Android Minis offered on Dead Zebra are around $10 to $12 USD (about $13.24 to $15.89 CAD).

Typically, buying a set will net you a lower price per figure ratio.

Previously, Bell has marked special holidays and other occasions with unique Android Minis, including a ‘Year of the Dog’ figure that released in February 2018.

You’ll be able to purchase these new Android minis on Monday from the Dead Zebra site.