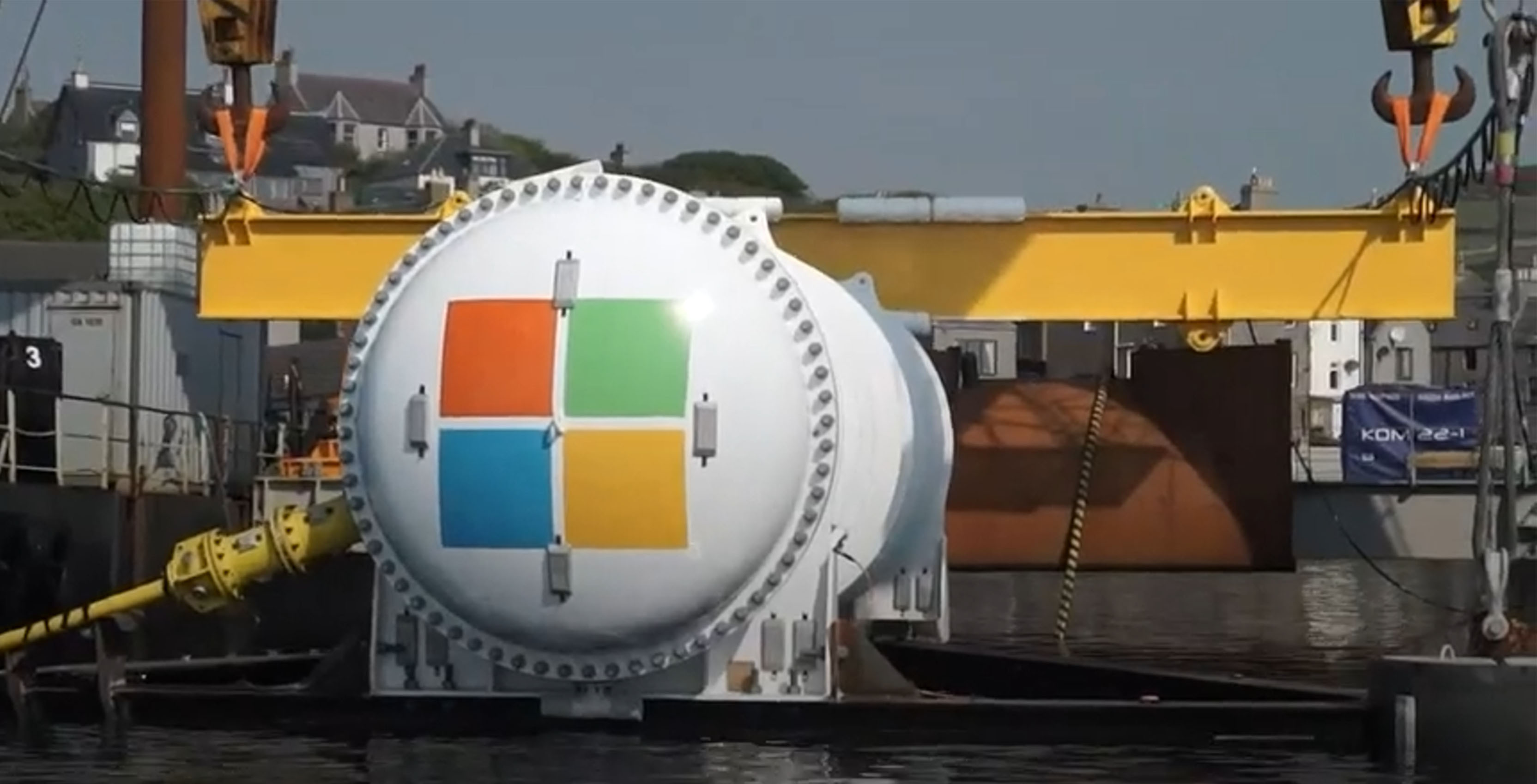 Microsoft sunk a data centre to see if the ocean could provide better cooling.

Dubbed Project Natick, Microsoft hopes to prove underwater data centres are a viable alternative to ones on land.

The data centre, a large cylinder full of computers, was sunk off the coast of the Orkney Islands. The small archipelago sits 16 kilometres off the coast of Caithness, Scotland. There are approximately 70 islands in Orkney, 20 of which are inhabited.

The computers on board Project Natick have enough space to store five million movies. Compared to some of the massive data sheds that exist on land, Natick is tiny with only 12 server racks.

The cylinder could sit on the sea floor for up to five years. It will use an undersea cable to bring power to the data centre and transfer data to the internet. However, if one of the computers breaks, it can’t be repaired.

Theoretically, the cost of cooling and the need for repairs will be reduced underwater.

“We think we actually get much better cooling underwater than on land,” says Ben Cutler, who is in charge of the project.

“Additionally because there are no people, we can take all the oxygen and most of the water vapour out of the atmosphere which reduces corrosion, which is a significant problem in data centres.”

The project selected Orkney for the site because of the island’s commitment to renewable energy. Orkney was an early adopter of wind energy. The islands produced more energy than needed since 2012.

However, not everyone is sure about the environmental impact of the project.

“You just end up with a warmer sea and bigger fish,” Professor Ian Bitterlin, a data centre consultant for nearly 30 years, told the BBC.

Cutler insists the effects on water temperature will be minimal. Overall the environmental impact of Project Natick would be positive.

If the project is successful, Microsoft is planning a future where it could deploy an off-shore data centre in 90 days — much shorter than the years it takes on land. The company could sink groups of five data centres at a time.

Considering how many people live near a coast worldwide, offshore data centres could be a much more practical solution for storing the world’s information.