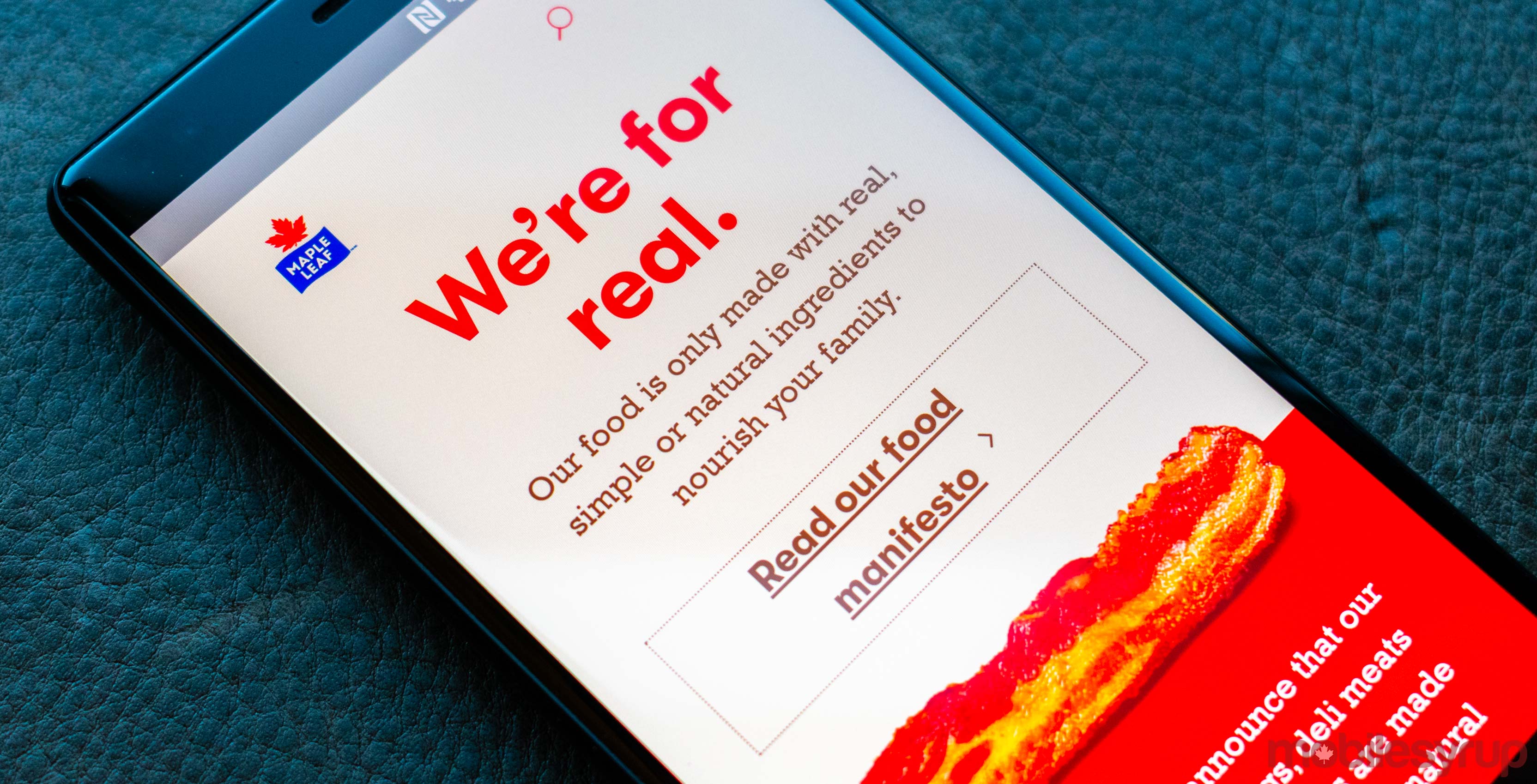 No matter how you look at it, Maple Leaf Foods had an efficiency problem.

Though the company probably wouldn’t go so far as to label it as such, ask Andreas Liris, the company’s chief information officer, and he’d tell you that one of the largest (and oldest) packaged meats companies in the country needed to find a way to get its production supervisors to spend less time in their offices and more time on the shop floor.

“If you actually step foot into one of our plants…moving from the plant floor back to the office is a process,” said Liris, in a phone call with MobileSyrup.

First there’s the simple matter of the walk to and from the production floor to the office.

Then there was the issue of the decontamination process needed to make sure that supervisors weren’t bringing any unwanted microbes onto the production floor.

“…moving from the plant floor back to the office is a process” — Andreas Liris, Maple Leaf Foods

Supervisors also had to carry pads of paper to take notes and log concerns. Finally, they’d have to do all of this multiple times per day, because, of course, it’s a supervisor’s job to make sure everything is running smoothly and efficiently, while simultaneously making sure that employee morale is high.

So while Maple Leaf Foods wouldn’t necessarily call it a problem, the company seemed to be facing a bit of an efficiency issue.

Ultimately, their solution wasn’t to automate the process or introduce steps that would potentially harm the livelihoods of their employees.

Instead, Liris — and by extension Maple Leaf Foods — reached out to SAP and Apple’s enterprise team to figure out what they could do.

It’s a German company that specializes in developing enterprise software aimed at allowing businesses to better manage their internal operations.

In 2016, SAP announced an enterprise-side partnership with Apple to “revolutionize the mobile work experience for enterprise customers of all sizes,” according to the May 5th, 2016 media release.

At the same time, SAP and Apple also announced the release of an iOS software development kit (SDK), so that developers could more easily build enterprise apps for iPhone and iPad devices.

“That’s the team that SAP has for customers that would like to build custom-fit software for them, in collaboration with Apple as well,” said Milos Dobranic, director of business solutions at Maple Leaf Foods, in a phone call with MobileSyrup. 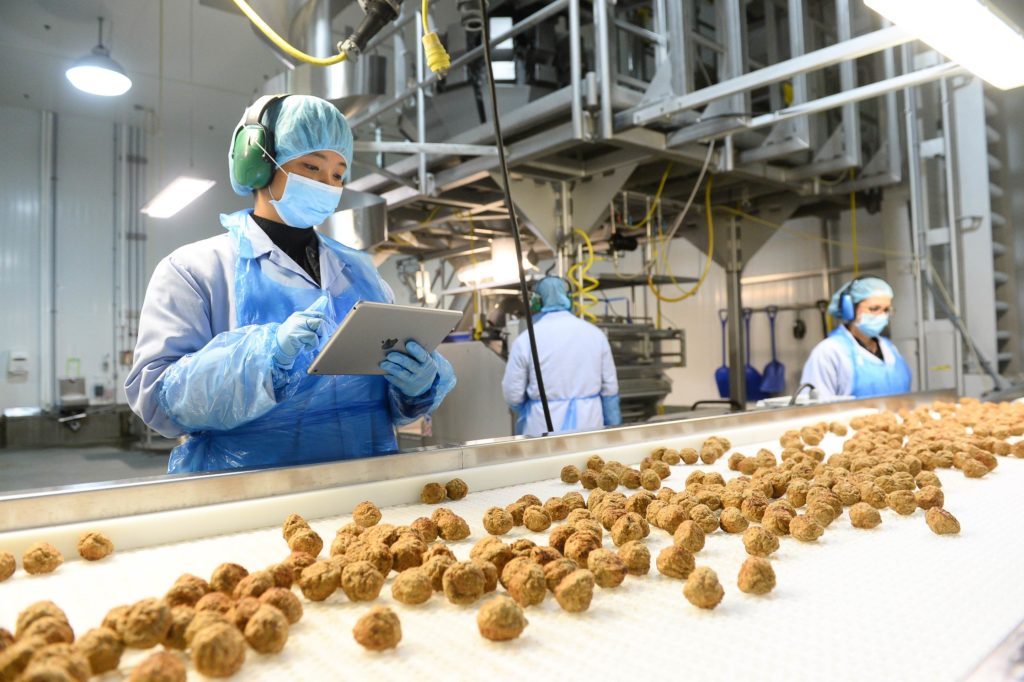 Over the course of five months, SAP worked with Maple Leaf Foods to develop an app for iOS that was specifically designed to be used by Maple Leaf production supervisors.

“This is, I’d say, a complex app with multiple tabs that basically enables multiple processes in several dozen tasks that production supervisors perform on the shop floor,” explained Dobranic.

In order to implement the app, Maple Leaf Foods also ended up deploying more than 100 9.7-inch iPads across its 18 plants.

As Liris puts it, the ultimate goal was to ensure that production supervisors could do on the shop floor everything they do in their offices.

As a result of the custom Production Supervisor app, Liris explained that 95 percent of the most common transactions that production supervisors could be carried out using the previous enterprise platform can now be done on the production floor using an iPad.

“Plus we’ve added a bunch of extra features that weren’t available in [our previous enterprise software],” said Liris.

Thanks to the introduction of the custom Production Supervisor app, production supervisor have also reportedly cut 50 percent of their time spent inside an office, while reducing their reliance on paper in the process.

According to Andrew Chiang, a user experience specialist at Maple Leaf Foods, the feedback from employees has also been quite positive. 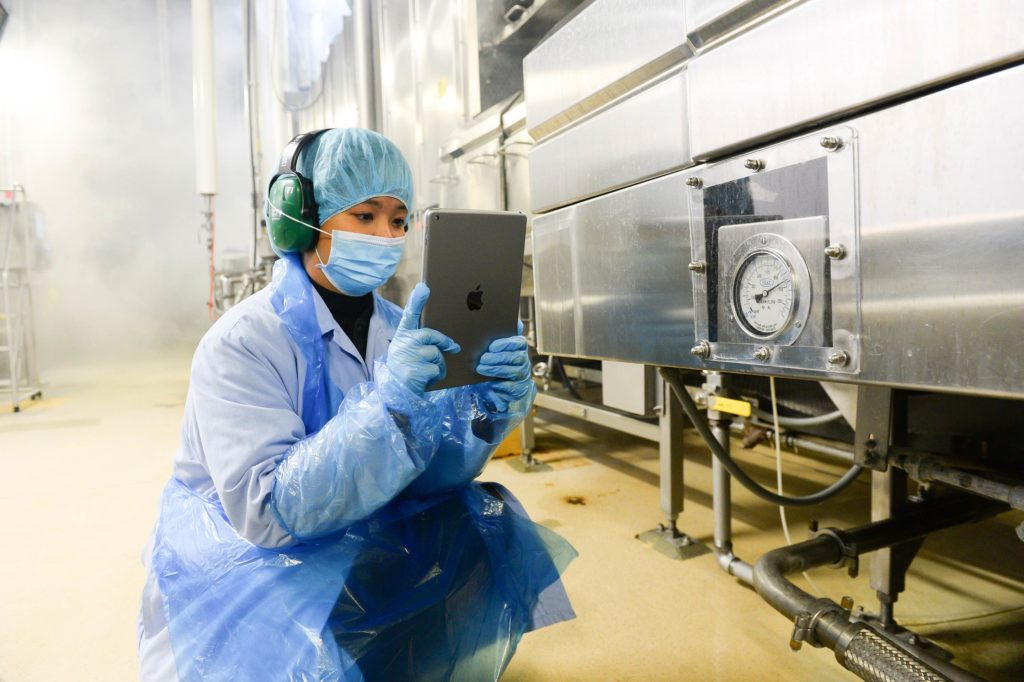 “Once they started using [the app] and seeing how intuitive it was to use, they were really quickly won over by it,” said Chiang, in a phone call with MobileSyrup.

“Even before we left the training period of the deployment, they came up and were complimenting us.”

Maple Leaf Foods also managed to boost productivity by an average of 15 to 25 percent.

Liris wouldn’t specify how much the shift to mobile costed Maple Leaf Foods, but he did say that the point of the initiative wasn’t necessarily about about cost savings — it was about increasing efficiency.

That being the case, Liris and Maple Leaf Foods should have reason to be pleased.

In addition to the aforementioned improvements, overall efficiency reportedly increased by 20 percent as a result of the company’s iOS deployment.

Maple Leaf Foods currently uses approximately 120 iPads across all 18 of their plants.

According to Liris, the company plans on beginning to deploy another 200 iPads in mid-October for Maple Leaf food safety supervisors and managers.

For now, though, the company is more than pleased with the results of its mobile deployment. 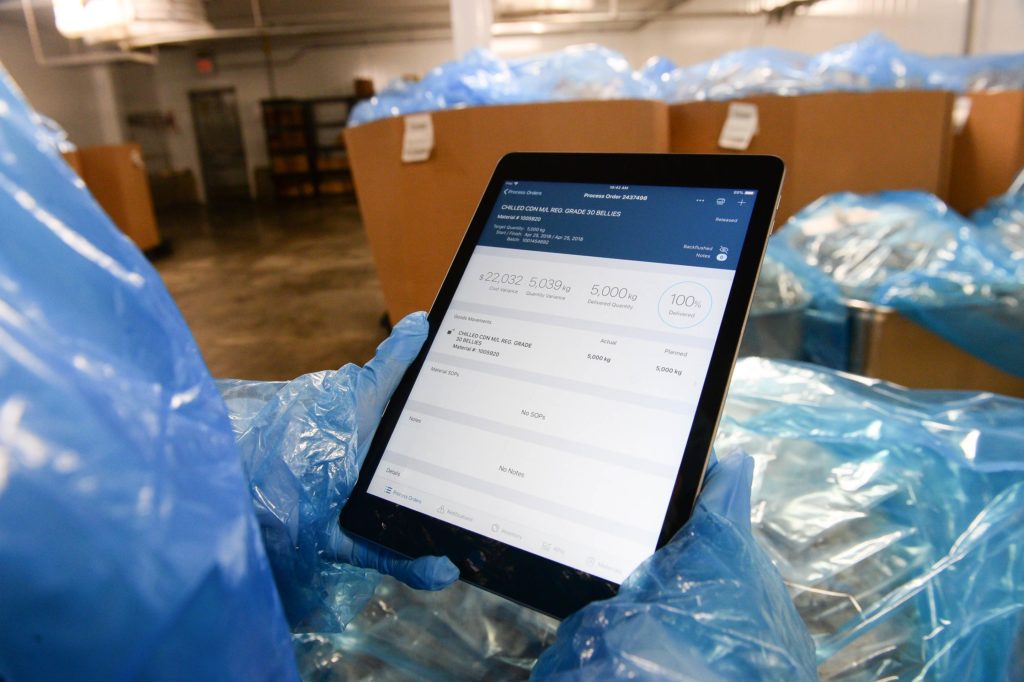 “The user-centric approach is awesome,” said Liris. “The buy-in and adoption is not even necessarily an issue.”

“All this stuff is cute, but it ultimately comes down to [results]…you can’t argue with 20 percent efficiencies.”

Update 22/05/2018 10:46am ET: Story previously described “production supervisors” as “product supervisors.” This has been revised.