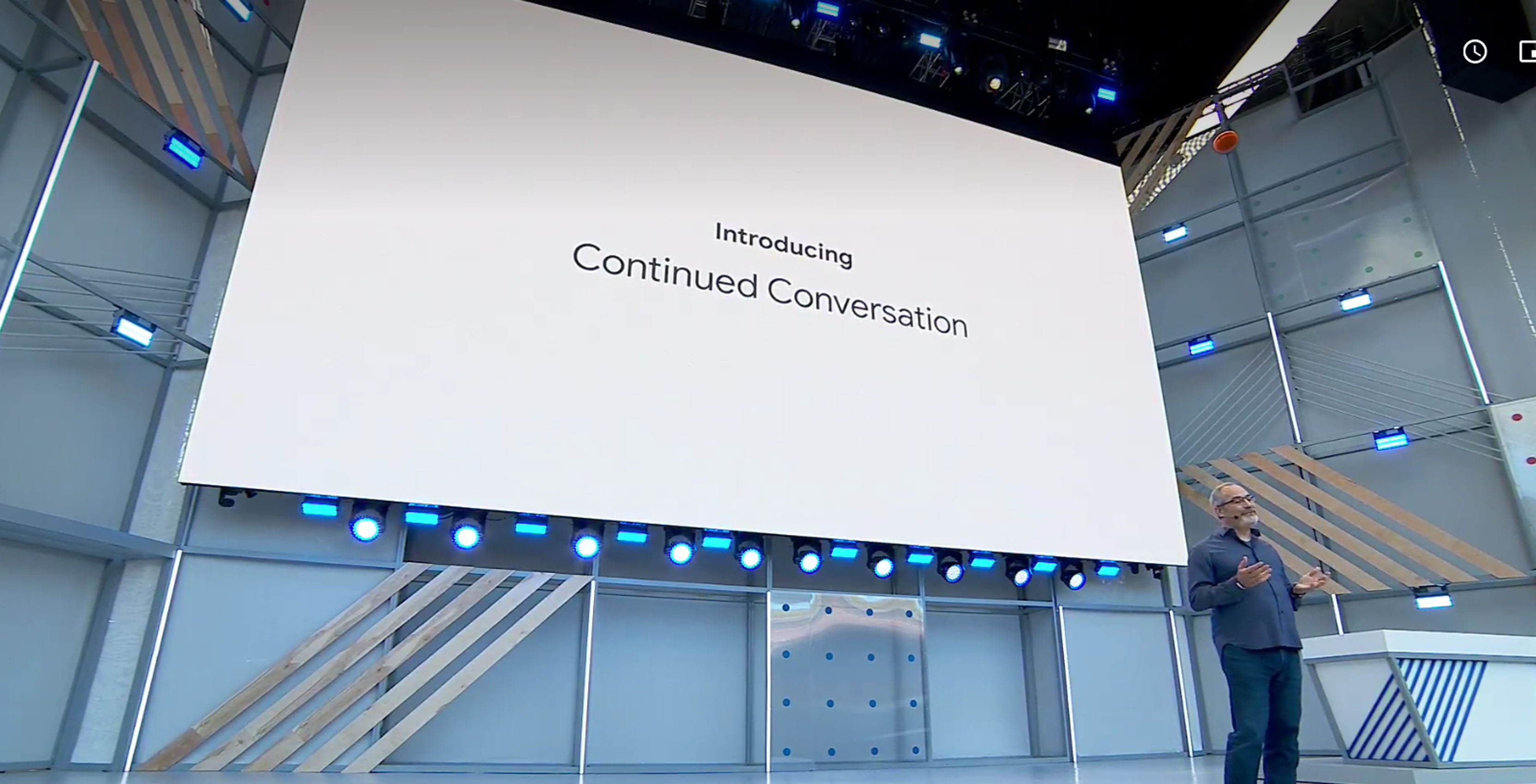 Continued Conversation allows users to skip saying “Hey Google” whenever they want to ask the Assistant an unrelated follow-up question.

Google’s AI was already able to follow a specific conversation, for example: “Hey Google, what’s Obama’s age?” and following up with “How long was he president for?”

After the Assistant has answered, you’d have to say “Hey Google” again if you wanted to know about the weather.

Now, with Continue Conversation, you can ask another question alongside your original questions. For example, when asking “hey Google, what’s Obama’s age?,” Google will answer, and from here you can continue and say “what’s the weather tomorrow?” and the Assistant will answer.

This feature will come later this year, says Google.

This feature will come out in the coming weeks. It’s important to note that Amazon’s Alexa voice-activated assistant also received this update somewhat recently.

Additionally, Google added a new feature to assistant called ‘Pretty Please’ that forces users to say ‘please’ before the Assistant performs the action.