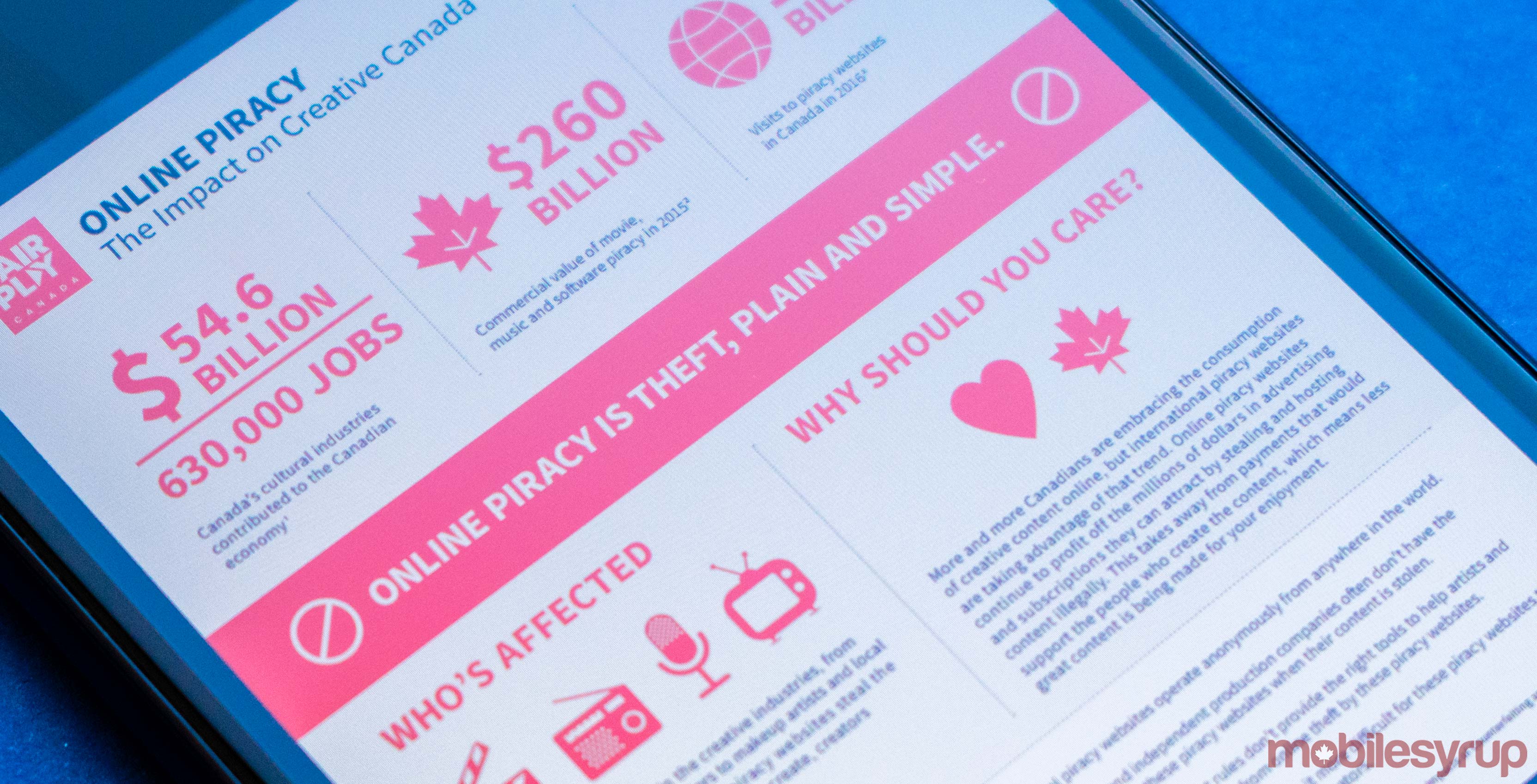 With just a week left until the CRTC stops accepting comments on FairPlay Canada’s recent website blocking proposal, more than 100,000 Canadians have voiced their thoughts to the telecom regulator on the subject of net neutrality and internet piracy.

As of the writing of this article, 60,809 comments have submitted to the CRTC through OpenMedia’s Don’t Censor Canada website (a tracker on the website provides a near live count of the number of comments). Another approximately 33,000 comments have been submitted to the CRTC through the SumOfUs website, according to OpenMedia — the two organizations partnered on opposing the proposal.

Yet another 8,776 comments have been submitted directly to the CRTC, at the time of this writing.

Prior to the CRTC opening the topic up to public consultation, both OpenMedia and SumOfUs collected signatures against the proposal. To date, SumOfUs has collected more than 94,000 signatures.

Based on the fact that the majority of the 100,000 comments to CRTC have been submitted through organizations opposed to FairPlay Canada’s website blocking proposal, it’s safe to say most individuals have said they’re against what FairPlay Canada is proposing.

“The overwhelming majority of these 100,000 comments are coming from everyday Canadians who are concerned this website-blocking proposal is a slippery slope towards censorship and the loss of Net Neutrality, which many Canadians hold dear, especially now as we watch what’s happening south of the border,” said OpenMedia’s Katy Anderson in email statement to MobileSyrup.

FairPlay Canada, a coalition made up of Bell, Rogers, the CBC and a variety of other Canadian media companies, launched its anti-piracy campaign on January 29th, 2018.

The coalition is calling on the CRTC to establish an organization called the Independent Piracy Review Agency (IPRA), which would identify websites engaged in “blatant” content theft. The group further wants the CRTC to require telecoms to block such sites.

On February 28th, OpenMedia launched a day of action to protest FairPlay Canada’s proposal. In the span of a day, the organization was able to direct more than 30,000 comments against the proposal to the CRTC.

The CRTC will stop accepting comments on FairPlay Canada’s website blocking proposal on March 29th. To submit a comment directly to the commission, visit its website.