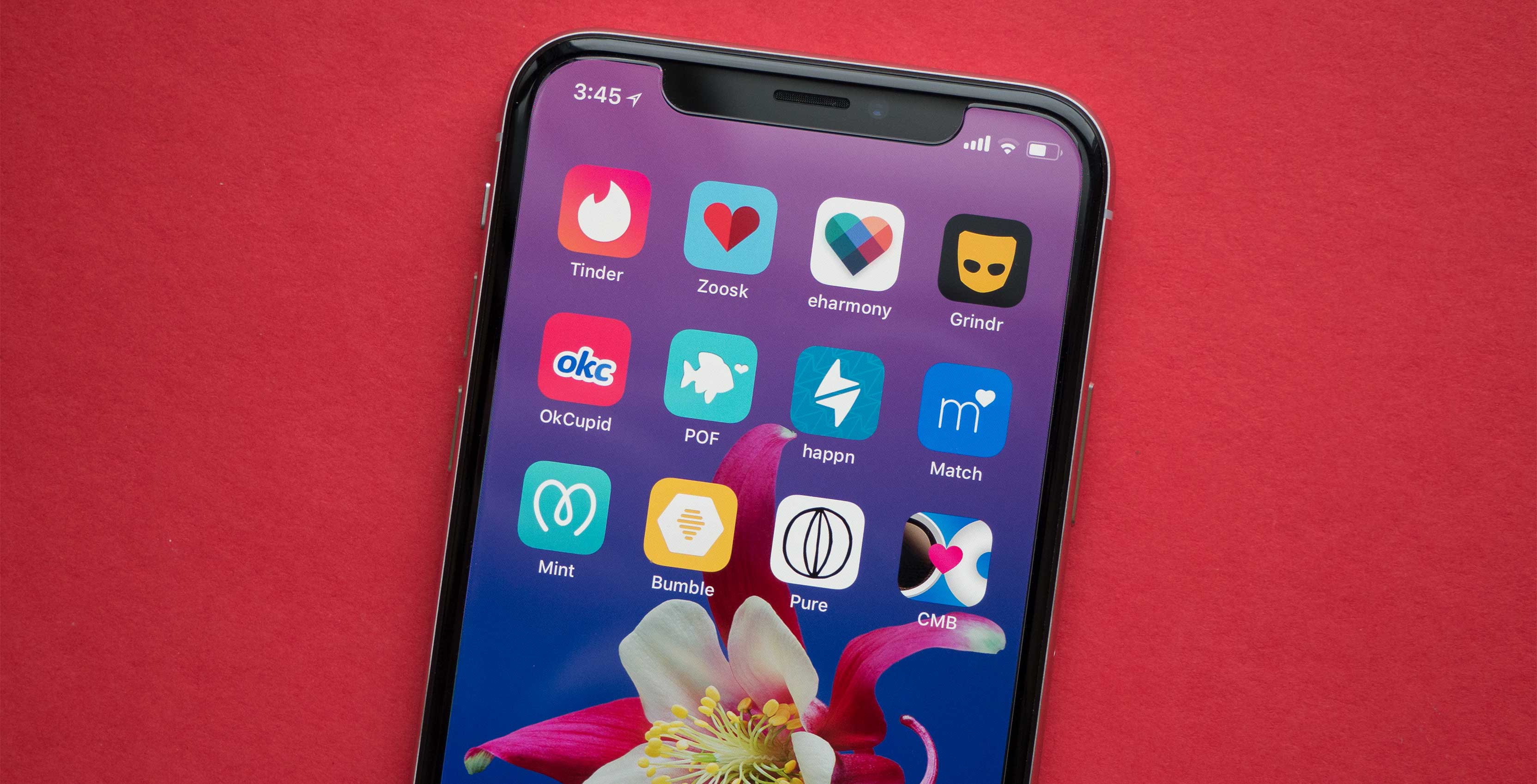 Almost every single online dating platform on the market tries its best to convince users that they’ll be able to find their true love.

Ads for eHarmony, for example, boast about the platform’s remarkable matching algorithm. Ads for Match.ca promise a vast range of interesting and unique users.

Modern dating apps, however, have largely done away with the pomp and circumstance of the past.

For some people who use apps like Tinder and Bumble, the goal isn’t always something like true love or long-term, meaningful connections — the goal is a connection and fast. True love is just an additional perk — neither a bug nor necessarily a feature.

In fact, Tinder’s app store description argues that the app has facilitated “20 billion matches to date.” Bumble attests that “over 21 million people have signed up” for the platform.

These aren’t apps for fun singles looking for a chance to possibly cement their love life in the future. These are taglines meant to reinforce the fact that users expect an almost guaranteed return on their time and emotional investments.

Tinder might be the most ubiquitous dating app on the planet, even though it’s really only been around for five years.

Tinder users swipe left to reject a potential match and swipe right to indicate their interest in a potential match. If both users have swiped right, a chat interface opens up for either user to start a conversation. 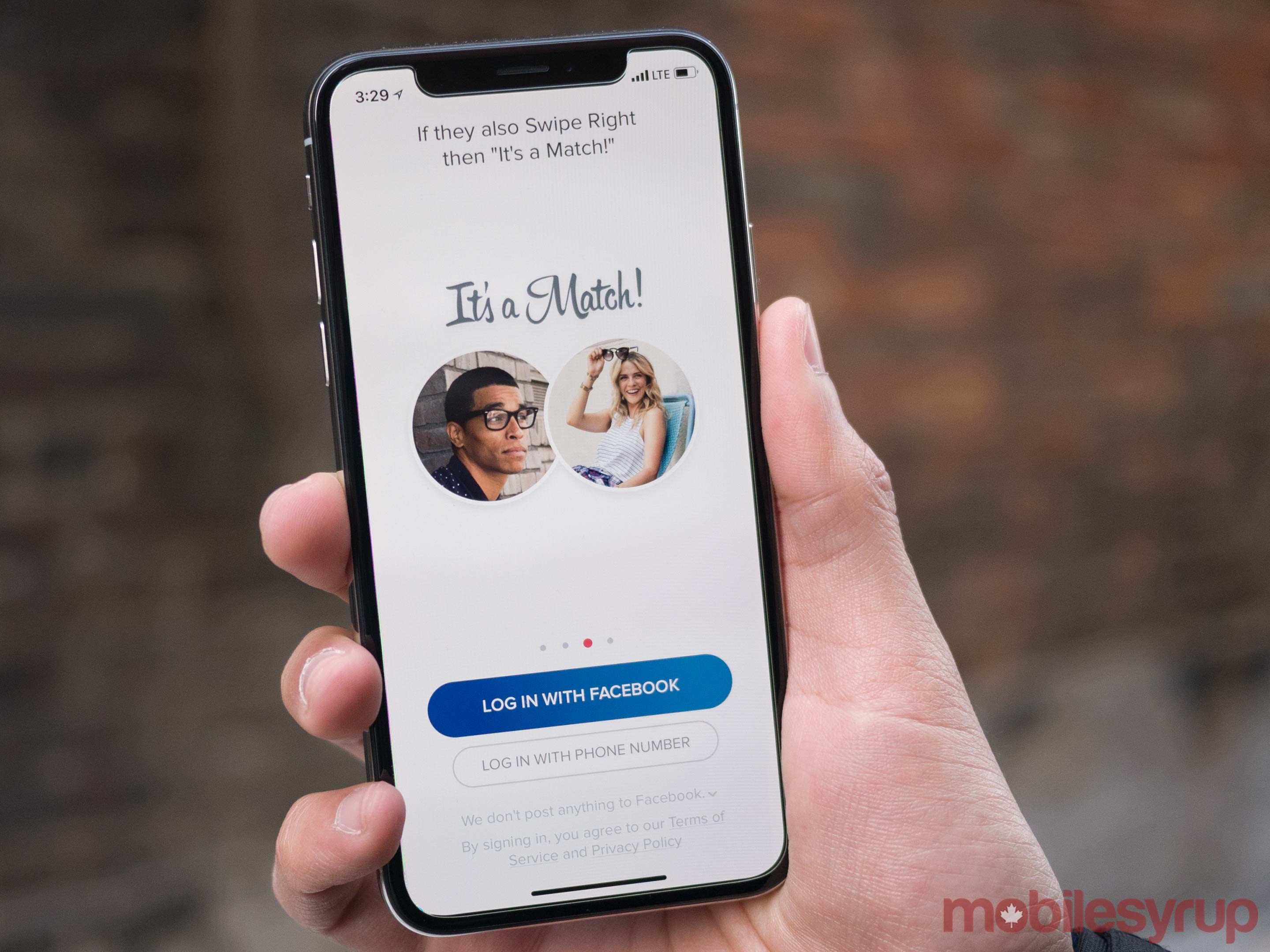 Instead, Chad said that Tinder is particularly notable because of how simple it is.

“Out of all the apps I ever tried, and [I’ve tried] so many, it’s definitely the simplest out of all the matching apps…It doesn’t look any special, and nothing about it will draw you into it.”

That simplicity is useful for anyone looking for quick matches, but what happens once users match is a whole other issue entirely.

“…it’s definitely the simplest out of all the matching apps…”

“Tinder’s tiring,” said Chad. “Anyone can talk first, whenever they want. So you wait until either they message you or you message them and then when you’re trying to find anything in their profile worth starting a conversation over, trying to start the conversation can be difficult.”

The issue is knowing precisely what to say, and knowing what precisely what kind of conversation to start with a match. Some people prefer short, quick messages. Others prefer lengthy paragraph introductions.

Of course, Chad identifies as a man. If he was on a platform like Bumble — an app that prevents men from starting conversations with women — he might not have as big a challenge.

However, Bumble user Navy* — a straight woman — told MobileSyrup that knowing how to start a conversation isn’t any easier on the woman-oriented platform.

“If I really look at it, it’s an app directed towards the male ego, where you just get a bunch of women sending you messages and then you get to choose within 24 hours if you’re going to respond back to them,” said Navy. “So the power is technically in the man’s hand, because the woman is the one who has to be clever.” 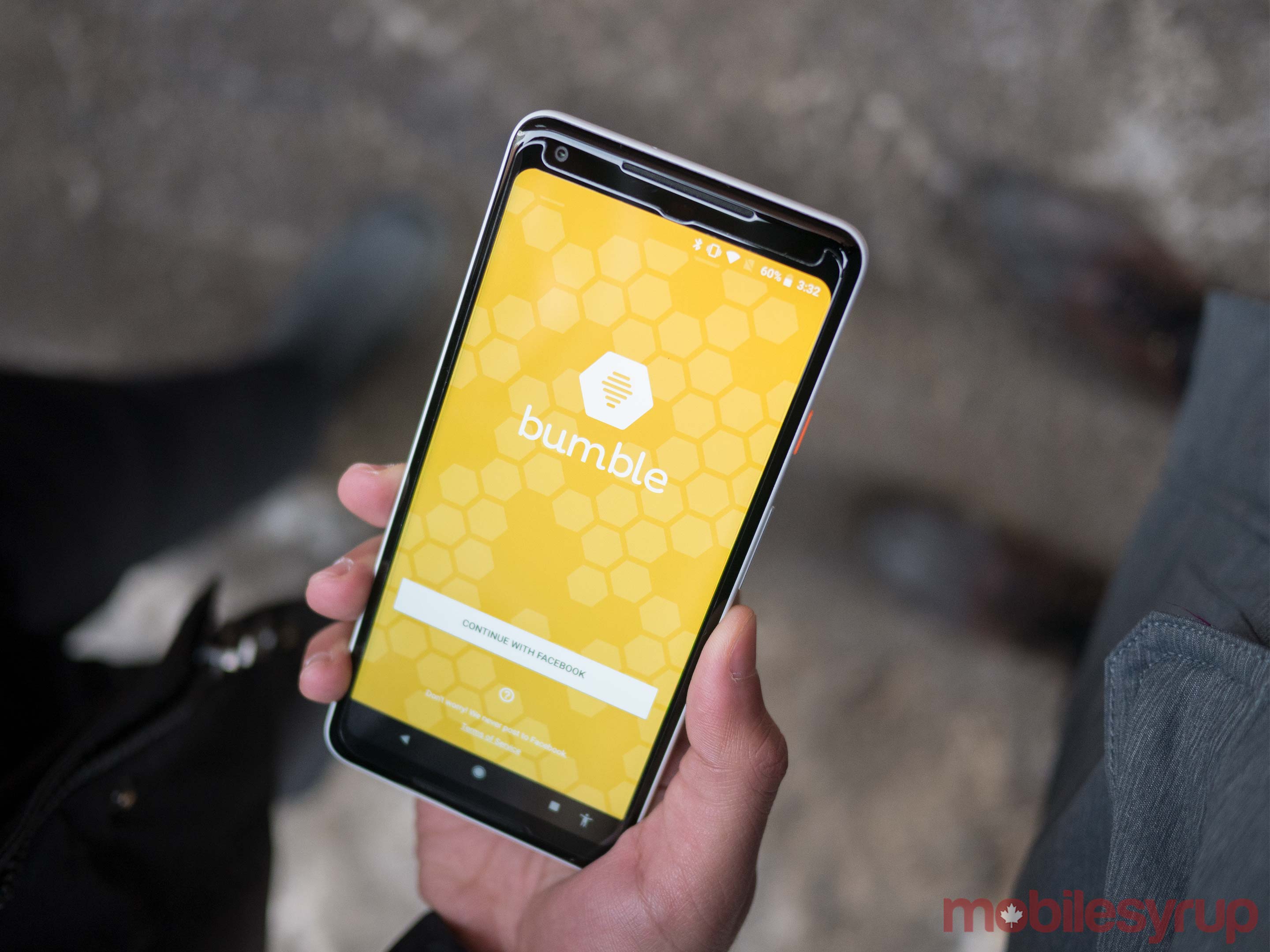 Bumble matching works similarly to Tinder. Users swipe left or right to reject or indicate interest in potential matches, but once two people match, women only have 24 hours to start a conversation before the app deletes the match from user’s chat threads.

Non-premium users have the option of extending the time limit for an additional 24 hours for one match each day, but the clock ticks on nonetheless.

Since heterosexual interactions on Bumble are also designed to put the onus on women users, that means that users face an added pressure to start a conversation.

“I’m not looking for someone to dazzle me with words…”

Much like Chad and Tinder, Navy said that swiping stops being fun quickly — especially when a backlog of men simply refuse to answer or they refuse to offer meaningful conversation.

Granted, Navy happens to work in a field where writing and the written word is important.

“App dating can be challenging to people like us,” admitted Navy. “I can imagine it’s a challenge for people who don’t use the written word in the same way [I do]. And because of that, there are so many boring conversations.”

“I’m not looking for someone to dazzle me with words, but it’s has to be more than ‘Oh, I’m just hanging out this weekend, how about you?’”

That being said, not all dating apps are as streamlined as Tinder and Bumble. While millenials and baby boomers flock to quick, efficient platforms, some users still yearn for the algorithm-driven online dating platforms of yore.

Peter*, a straight man who used OkCupid, told MobileSyrup that the platform’s appeal comes from the fact that users don’t need to rely on blind luck to generate matches. 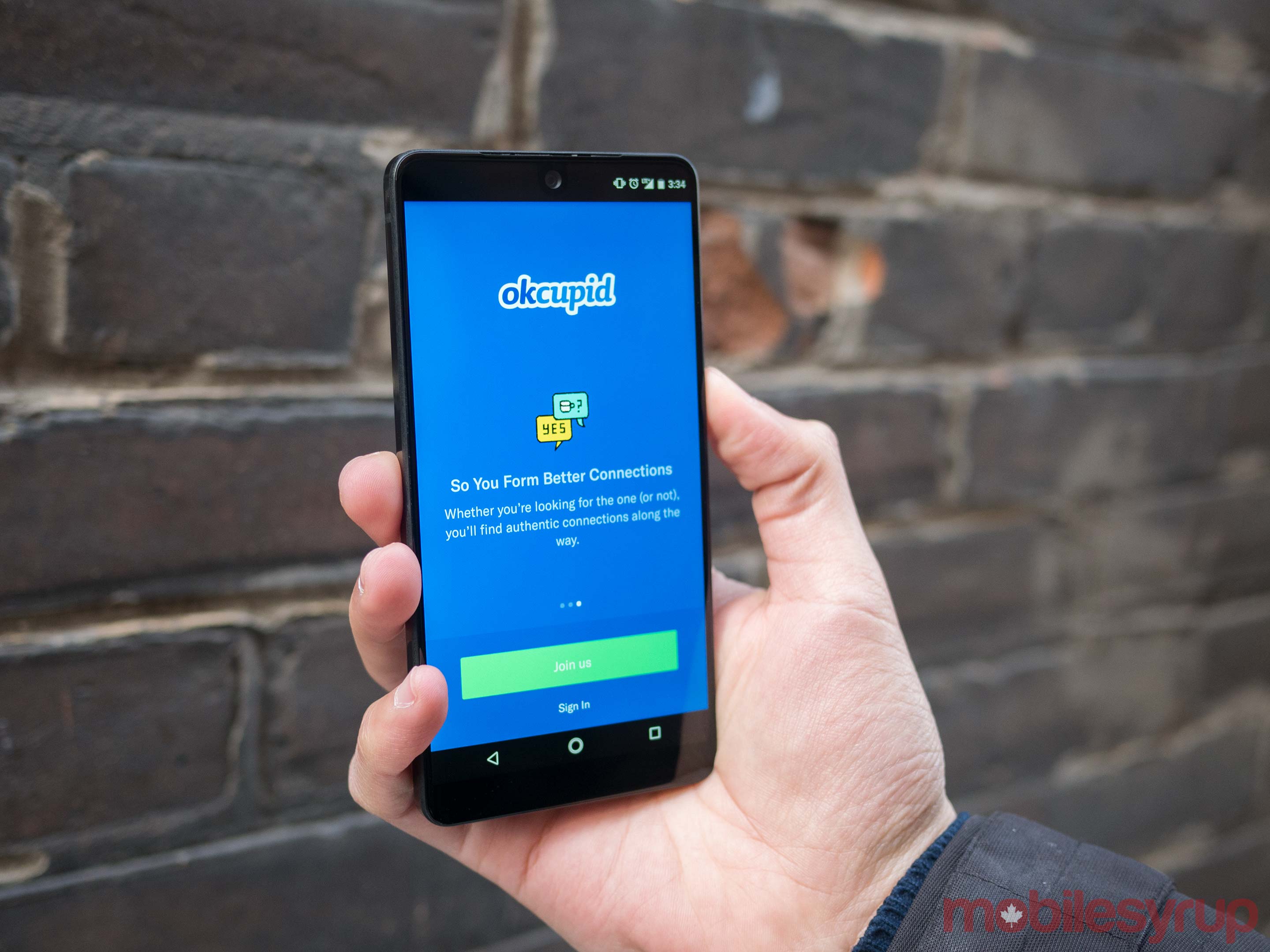 “I’ll be quite honest, I’m pretty introverted by nature, so I find it difficult sometimes to talk to people in person…so I turn to apps,” said Peter. “It’s just a platform that makes it ‘easier’…to have that conversation with these people to start off.”

Unlike Tinder and Bumble, OkCupid asks users a thorough list of questions. The app then offers a list of potential matches based on similar interests that include politics, art, music, pop culture, as well as ideological views like sexuality and religion.

“It’s as thorough as you want it to be,” said Peter.

Even though users are matched based on an algorithm, OkCupid users sometimes struggle for the same reason as users on other platforms.

“Once you send a message, then that person’s profile vanishes…”

“These kinds of apps are kinda tedious by nature, but there’s a lot of, in some cases, sending a message, waiting for them to reply,” said Peter.

“Once you send a message, then that person’s profile vanishes, so the ball is literally in their court,” said Peter. “I see the perspective of it’s good for protecting the women so they’re not harassed…but at the same time, it also does make it a bit tedious after you’ve sent out a bunch of messages and then you’re pretty much waiting.”

Not always lucky in love

While interviewing for this story, Chad, Navy and Peter had a series of person pitfalls with each of their apps.

Chad matched with 169 different men, but only had a conversation with a handful of them. Peter was “left on read” by a woman after their interactions moved to Facebook Messenger. Navy went out on a date with a man, but they never met up for a second outing.

While Chad, Navy and Peter all expressed some amount of exhaustion with modern love, they did make a point of stating that they hadn’t lost hope.

Interestingly enough, after learning about each other’s experiences, Chad suggested that he’d be willing to try OkCupid and Bumble, Navy suggested that she’d continue her journey on Bumble, while Peter said that he was comfortable continuing using OkCupid.

“I try not to get discouraged,” said Peter.

“I don’t think I’ve ever had hope,” said Navy. “But I went on a really cute date and I’m still talking to some people that I’m interested in, so, there you go.”

“I think I’ve lost hope with Tinder,” said Chad. “It’s very strange. I didn’t think it would happen, because I’ve had an alright experience with Tinder…This experiment really helped me see how much it sucks.”

*All real names have been withheld.