A retro action-adventure with healthy amounts of heart and polish

Concerned about a possible Kraken resurgence, the Alliance tasks Leo — its finest operative — to investigate the Empire’s Antarctic laboratory. It’s a simple premise, but lying within is an enjoyable title that handles superbly and manages to inject its fair share of character into the mix as well. 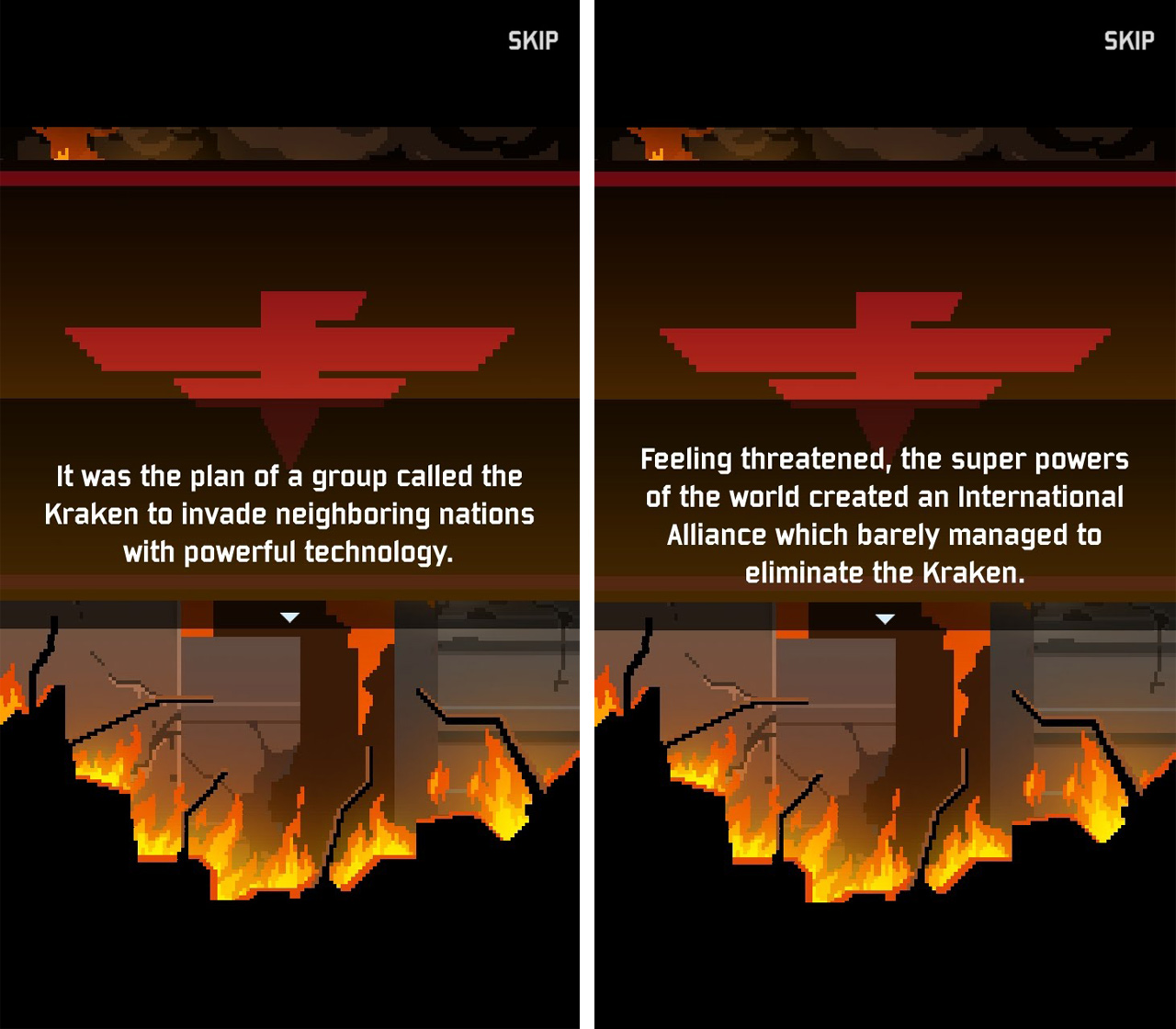 Players take the facility one storey at a time, with levels forgoing the traditional henchmen onslaught that culminate in a boss battle. Instead, each of level is established as a boss fight, where users engage enemies using an armada of different weapons in the hopes of defeating the evil Kraken Empire.

Player character Leo is controlled using a simple d-pad, with the option to attack using a main weapon and a one-time-use subweapon. The game gives players grid bombs and a flamethrower to start and much of the game’s early difficulty stems from having to learn how to use bombs that explode like the main weapons in the Bomberman franchise, but in a completely open space. That issue of space also ensures that perfectly placed bombs often fall short, simply because an enemy chases Leo instead of staying still and getting hit. Still, it’s a satisfying feeling when the hit does land, because it feels completely earned. 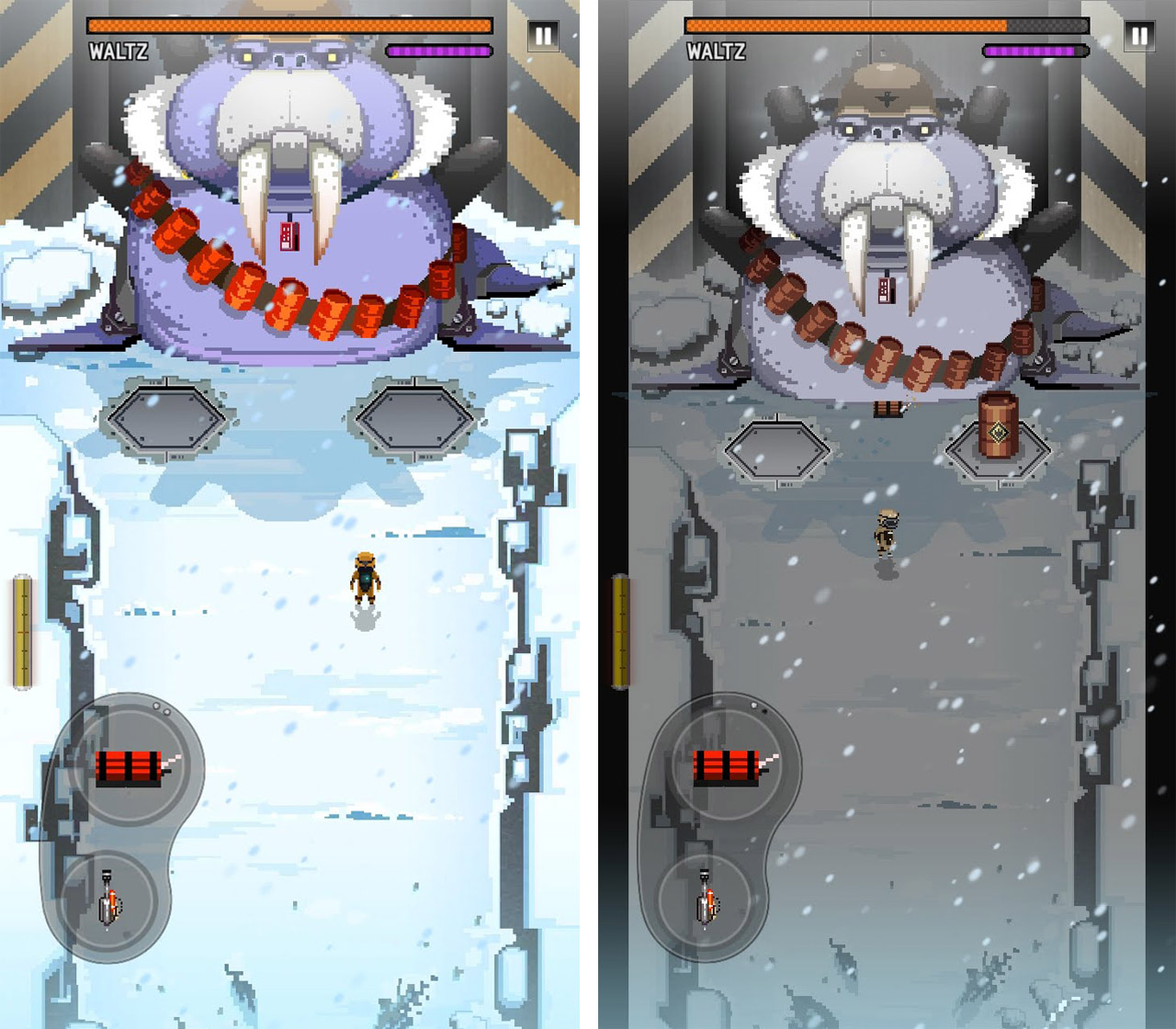 Evil Factory also throws a slow motion mechanic into the fray that adds an additional layer of challenge. Time moves normally when players move Leo or hold down the d-pad; however, time slows down when players let go of the controls. This means that Leo has more than enough time to dodge most enemy attacks, but it also means that bombs and other timed weapons take longer to detonate — giving enemies a chance to avoid damage.

Truth be told, Evil Factory’s gameplay isn’t particularly complex, but the slow motion mechanic forces players to think about whether they want to take a run-and-gun approach or a wait-and-see one instead. 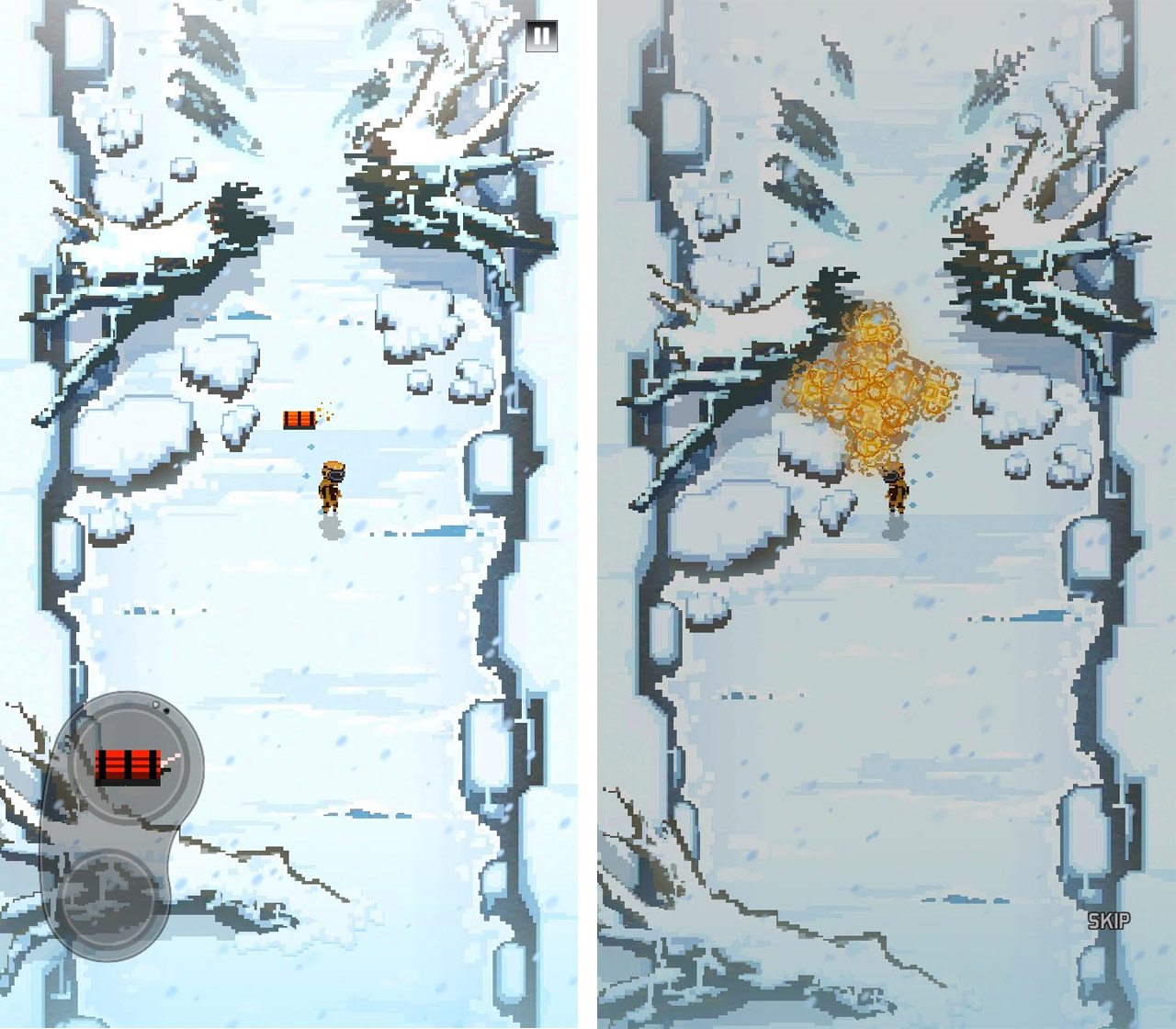 Thankfully, microtransactions aren’t heavily emphasized, as the game never forces players to pay real-world currency for better equipment in order to win. However, Evil Factory does artificially pad its runtime through its ‘Fuel’ system. Players are given six fuel units at the beginning of the game, and every attempt at a level consumes a single unit. Fuel recovers over time, but having to wait for fuel to recover annoyingly breaks up gameplay into chunks.

The fuel mechanic also means that players can really only play six levels — or make six level attempts — at a time. Players also consume fuel units when replaying levels, so trying to get a better score on an already-completed level takes away from progressing through the rest of the game itself. Of course, you can pay real-world currency for more fuel, but that only highlights the predatory nature of the fuel units in the first place. 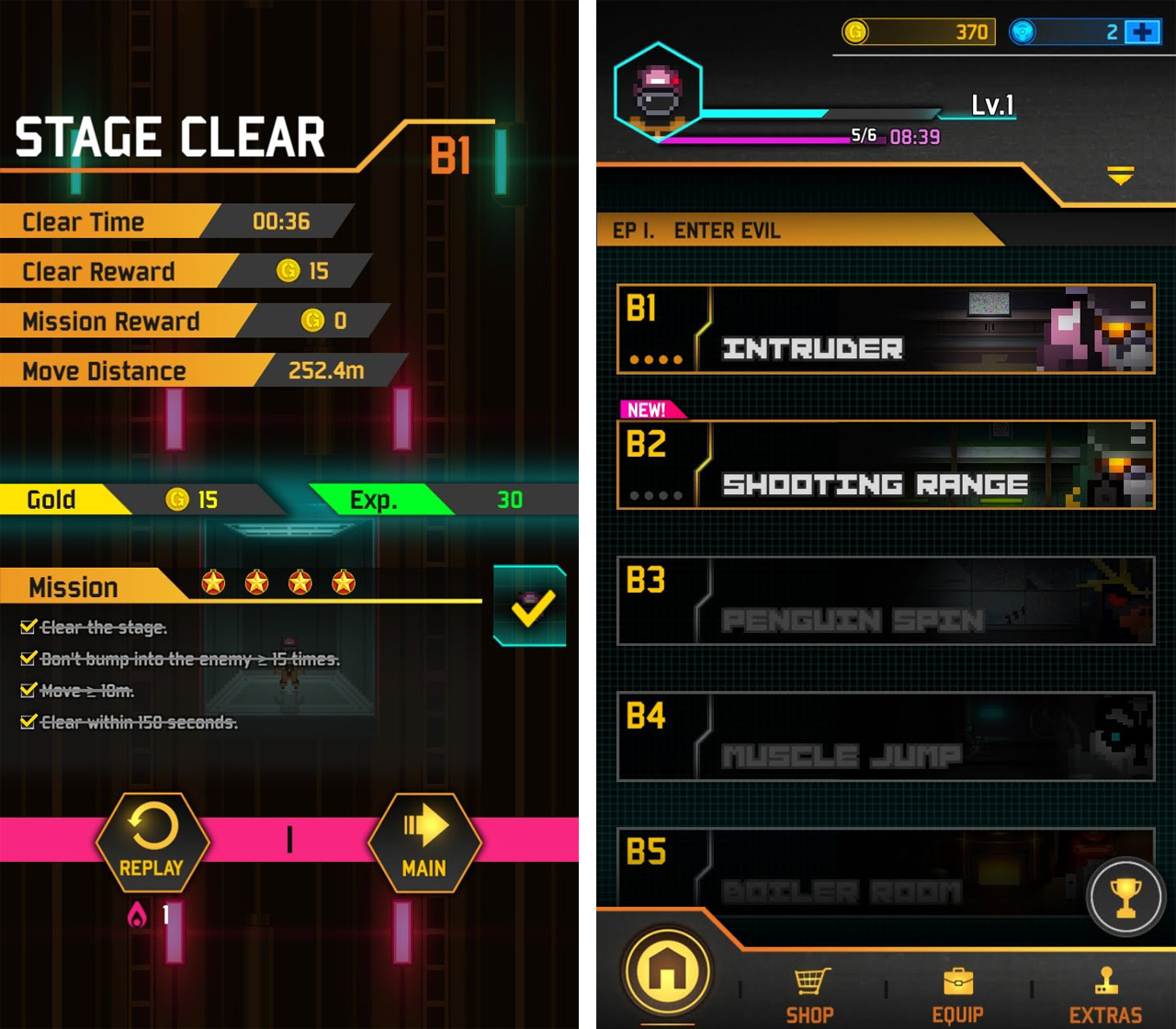 Evil Factory is free-to-play on both Android and iOS.