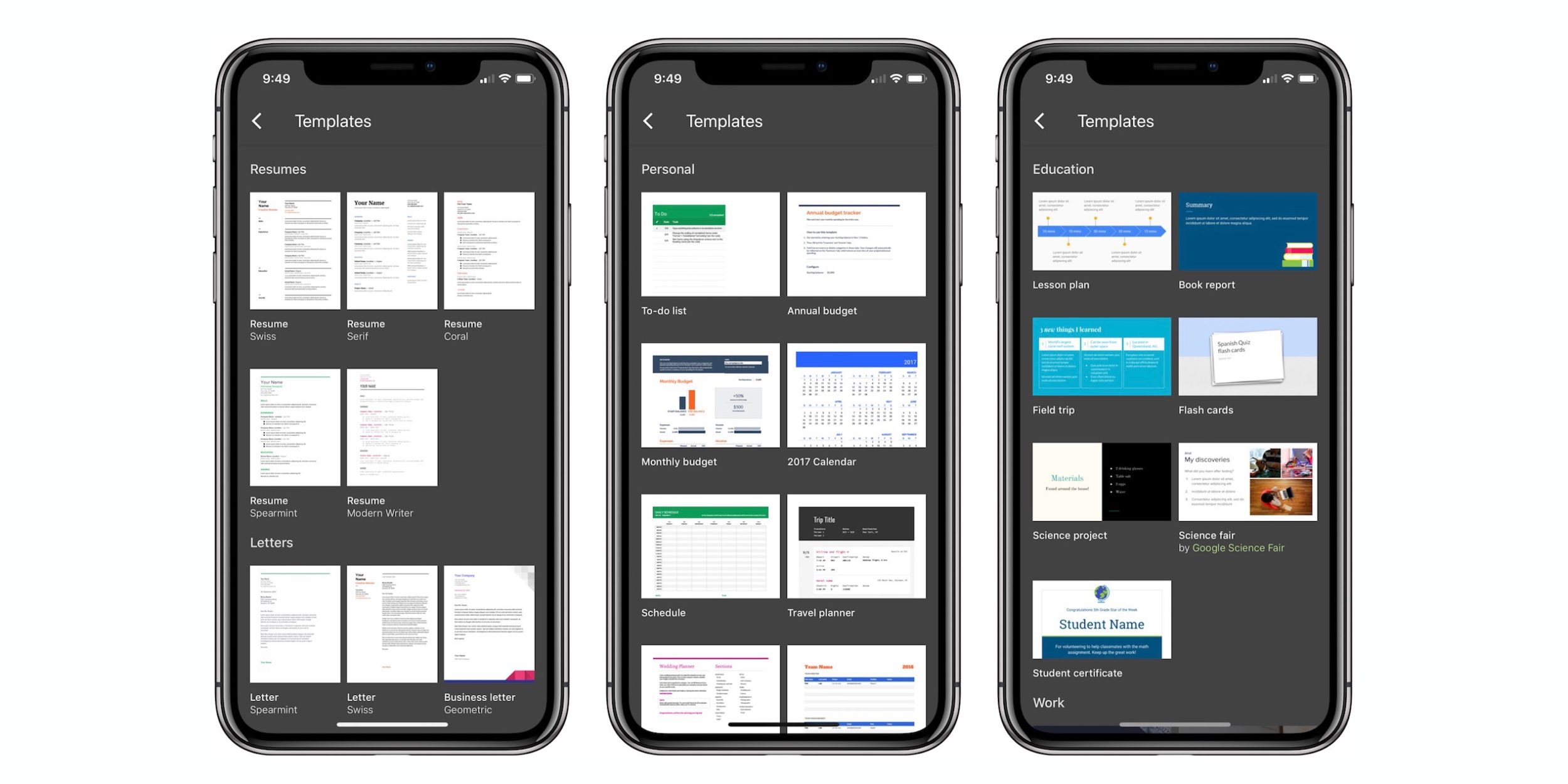 The iPhone X is an impressive smartphone, but one of the major issues surrounding the device since its release is the relatively low number of apps that have been optimized to support the smartphone’s often-criticized display notch.

Now, Google’s suite of iOS apps — with a few exceptions — have been optimized to take advantage of the iPhone X’s entire display. Updated apps consist of Docs, Slides and Sheets. This includes toolbars that are integrated into the iPhone X’s unique display and removes the need to navigate the app with letterboxing.

On the iOS 11 and iPad side of things, Google Docs now supports Apple’s Drag-and-Drop feature, allowing content to be easily pasted into the web-based document platform. Some have noted that the feature doesn’t support the dragging and dropping of rich text.

Google still hasn’t updated Maps and Gmail to support the iPhone X, but hopefully plans to in the very near future (I’m tired of looking at my email inbox in letterbox).

Also, it’s worth noting that the update hasn’t yet arrived on the iPhone X we have at the office.