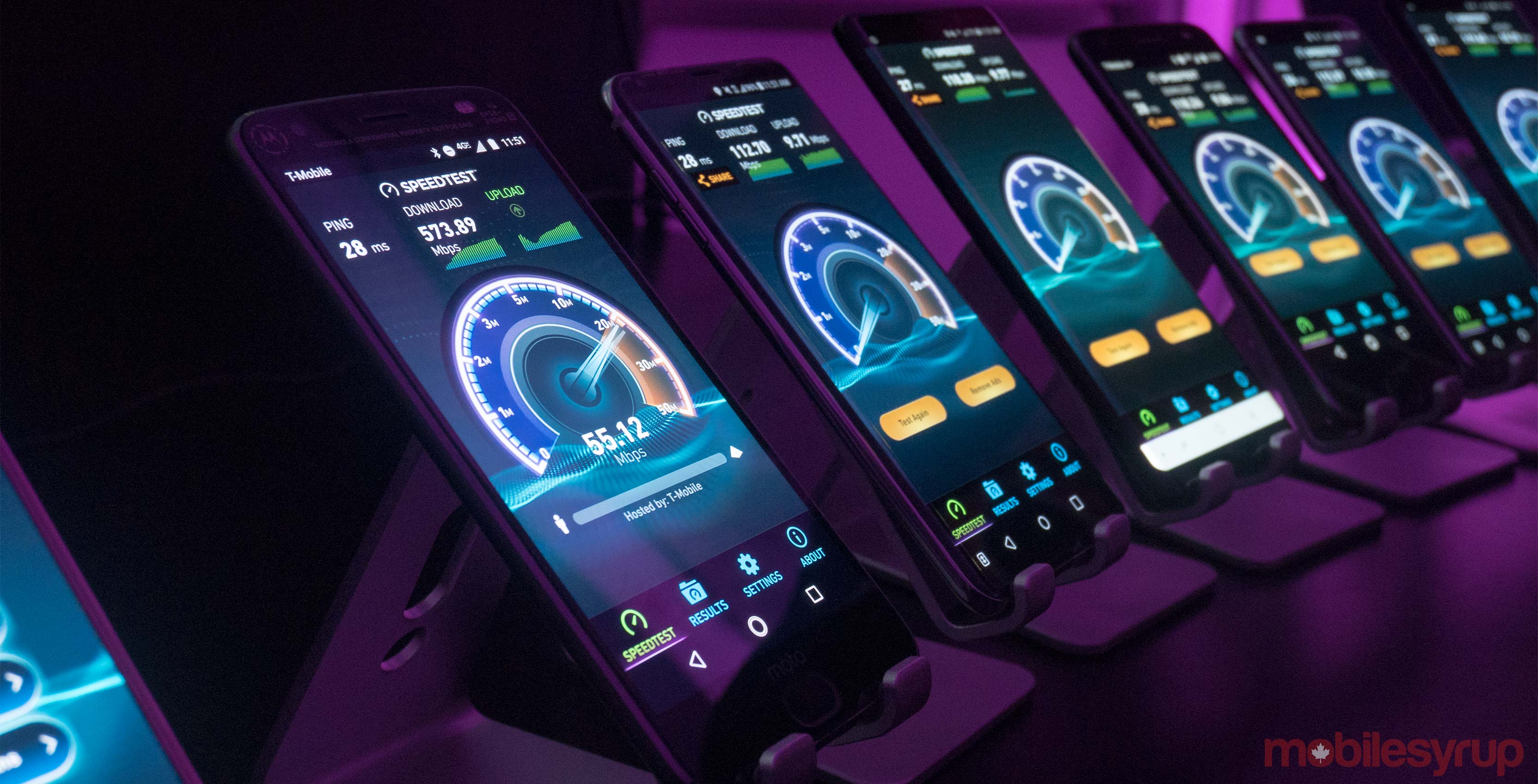 The company, along with T-Mobile, demonstrated its gigabit class LTE technology today at a press and analyst briefing in San Jose, California. One of its main focuses was on the benefits that gigabit LTE-capable devices provide to a network.

Before we go any further, it’s worth noting that gigabit class LTE encompasses speeds as low as 500Mbps, making it somewhat of a misnomer — but still much higher than the speeds most of us are used to seeing.

At the demonstration, Qualcomm and T-Mobile consistently showed off download speeds of around 600Mbps on Android devices that stocked the Qualcomm Snapdragon X16 modem. More impressive, however, was its demonstration showing how gigabit LTE makes a network less congested. 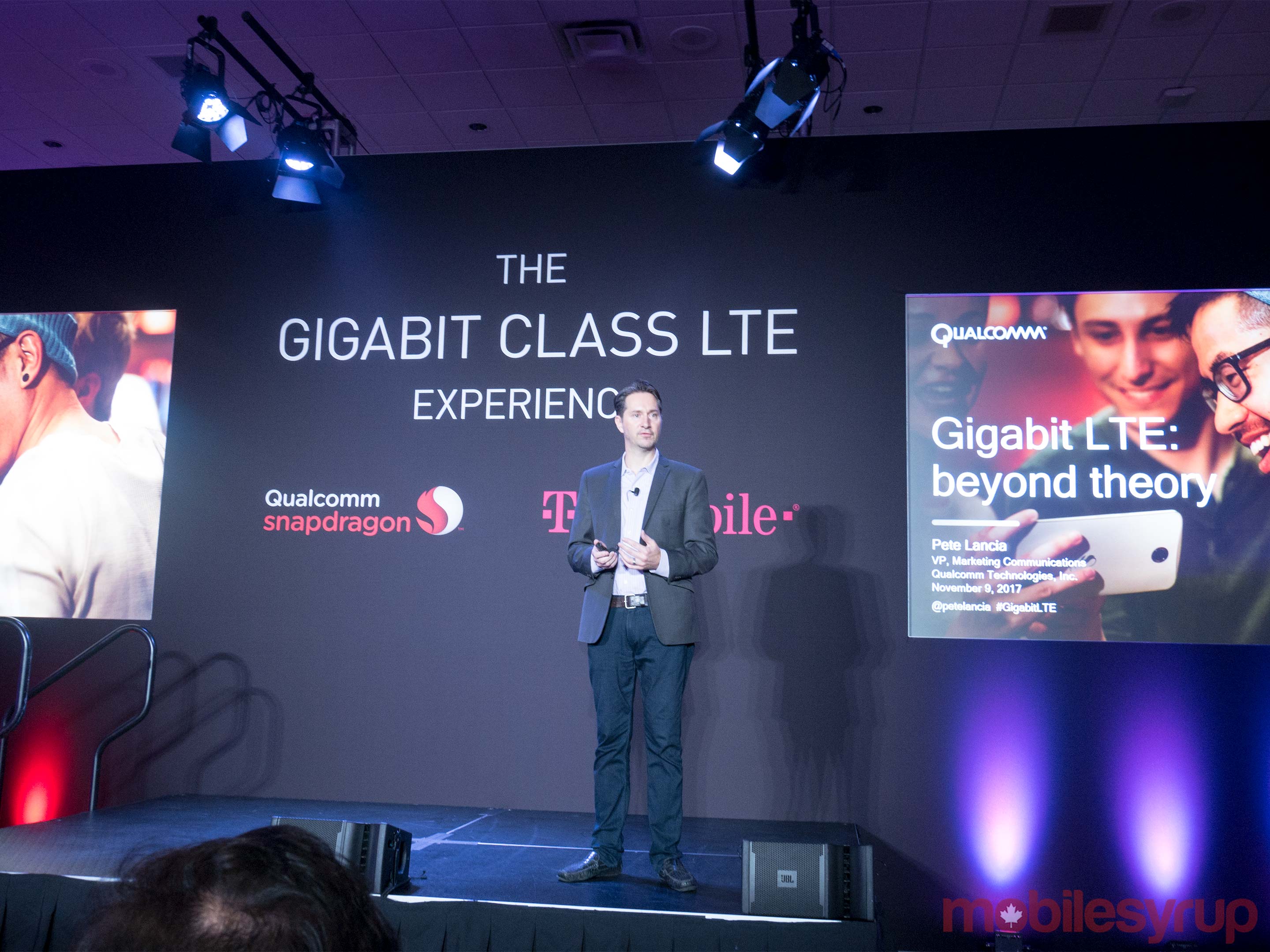 What was surprising, however, was the result when three of both types were tested at the same time, which came out to a speedy 401Mbps combined download speed.

Qualcomm explained this boost in speed was due to the fact that the gigabit LTE phones accessed the network and hopped off quickly, allowing for more throughput to go towards the non-gigabit devices.

Of course, all that’s not to say speed is unimportant. As Qualcomm’s vice president of marketing communications, Pete Lancia, put it: “I don’t think anyone in the room would argue you don’t want faster speeds on your device.”

To hit gigabit LTE speeds, there are three main requirements: carrier aggregation, which is a technique that pulls together different pieces of spectrum in order to provide more robust speeds and service; 256QAM, a more efficient encoding system and 4×4 MIMO, which multiplies antennas for stronger signal.

All three Canadian carriers — Bell, Telus and Rogers — are making headway on the gigabit LTE front, with recent LTE-Advanced roll-outs.