Harvard’s RoboBees can dive in and out of water, will rule us all [Sticky or Not]

Here’s a very specific type of robot that I find terrifying: insects, but stronger.

Harvard has been working on little autonomous flying micro-robots that it calls ‘RoboBees’ since 2013, and these nightmare critters of the near future have been steadily gaining skills. For instance, they learned to swim a little while ago.

But until now, mercifully, they were stuck in one of two domains: either water or air. They couldn’t dive in to the water and begin swimming around under the surface, or burst out from underwater start flying — as no creature that roams this earth should.

Now they can, though, and you’d better enjoy your freedom because it’s only a matter of time before robot bees rule us all. 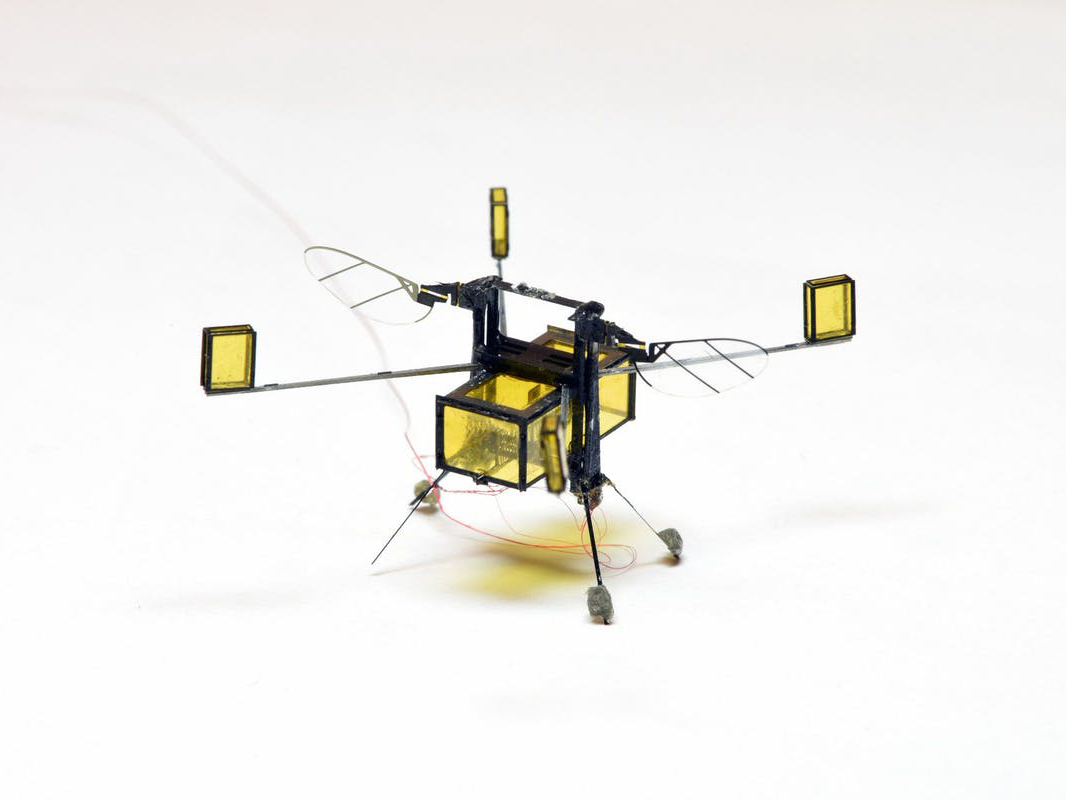 I think we all understand the terrifying implications of a small robot being able to launch itself from underwater and into the air, but what you might not know is why this is such a challenge for an insect or other small organism to do in real life.

For an object that weighs in at a minuscule 175 milligrams, the surface tension of water is an almost impenetrable force. It is ten times the robot’s weight and three times its lifting power. To blast past the surface, Harvard scientists have equipped the robot with a tiny combustible rocket that actually uses water as fuel, by using electrolytic plates to convert oxyhydrogen, an ultra-explosive gas.

If there’s one glimmer of hope in this whole story, it’s that these future rulers of the skies and earth don’t have any space to carry the sensors or guidance system they need to be remotely controlled, let alone pilot themselves autonomously. Hopefully this gives us all a little time before the robopocolypse begins.

The Harvard scientists say RoboBees are for pollinating, search and rescue missions, environmental monitoring and, oh yeah, surveillance. I’m more than a little concerned about the last use case.

Sure, in the right hands, a RoboBee could be a wonderful search and rescue tool, but what about in the wrong hands? If this project is successful, RoboBees could go anywhere. They could track you to the ends of the earth, and you’d probably never see them.

But I’m probably just being over-dramatic. I’m sure everything will be fine. I just have to go investigate a buzzing sound real quick.