Virgin Mobile debuted several changes to its budding home internet service on July 16th, including a new 50Mbps download speed tier and an expansion to include DSL (Copper) footprint.

The new tier, Home Internet 50, features 50Mbps download speeds and 10Mbps upload speeds and will be available for $60 per month with an unlimited data cap.

Additionally, according to an internal document obtained by MobileSyrup, Virgin’s existing Home Internet 5 tier with 5Mbps download speeds and 1Mbps upload speeds is now available as an unlimited plan for $50 per month — though that has yet to be revealed on the company’s website. 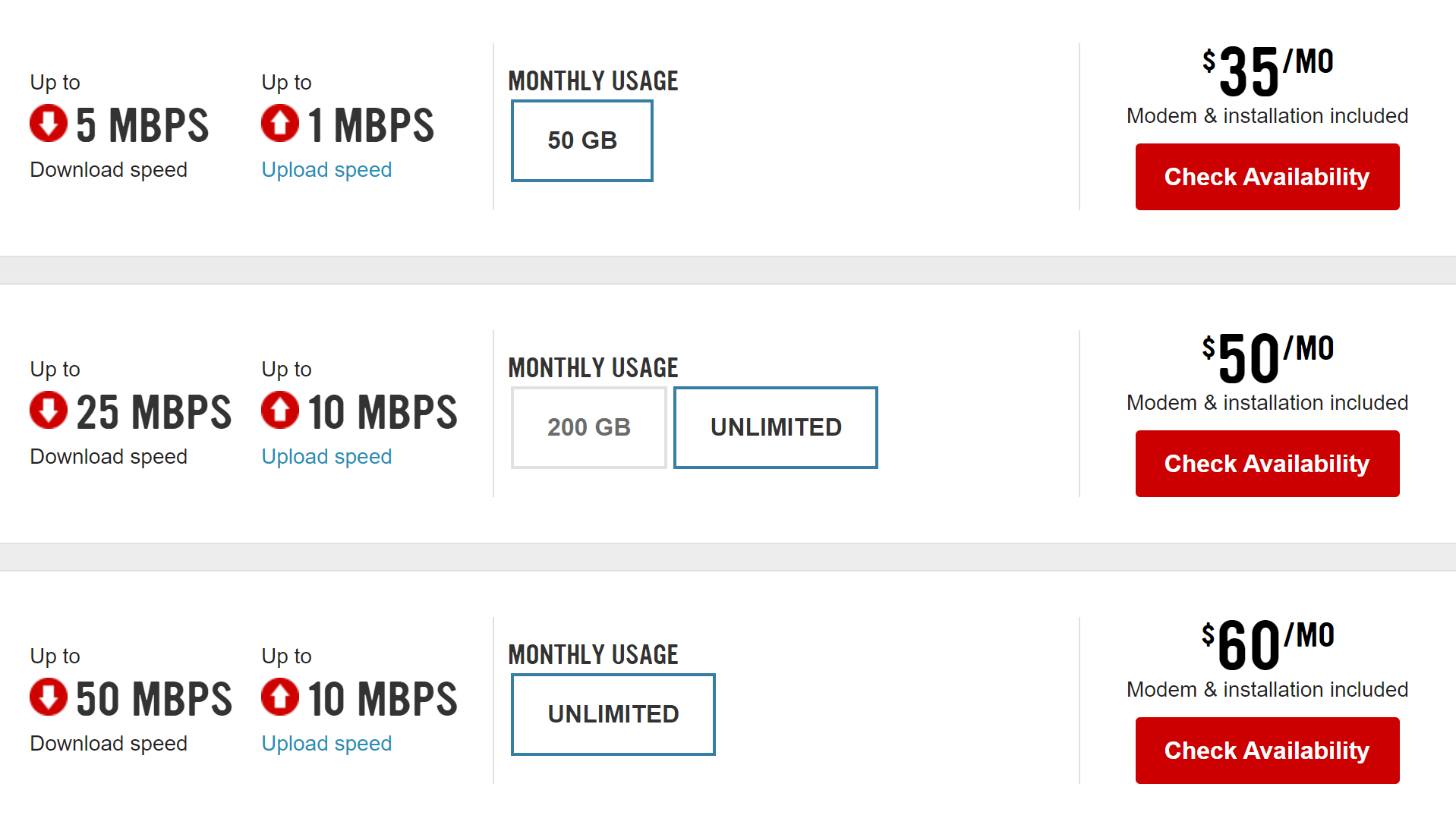 The Bell sub-brand is also expanding to include Bell’s DSL (Copper) footprint, whereas before the service was only available in Bell’s fibre footprint — though there’s only one option in those areas: ‘Home Internet Base,’ which has speeds of up to 5Mbps download and 800Kbps upload and can be purchased at a 50GB cap for $35 per month or $50 per month for unlimited usage.

In other changes, the carrier altered the usage cycle to fall in-line with customer’s billing cycles, updated the webform for easier navigability and added a ‘My Account Historical View’ feature that lets users look over their past six months of usage. It should be noted that the latter feature, however, will only provide insights beginning next month.

At launch in July 2016, Virgin Mobile offered just two options: 25Mbps downlink and 10Mbps uplink with either a 300GB cap or unlimited, and only in Bell’s Ontario fibre footprint. In November, it expanded to Bell’s fibre footprint in Quebec.