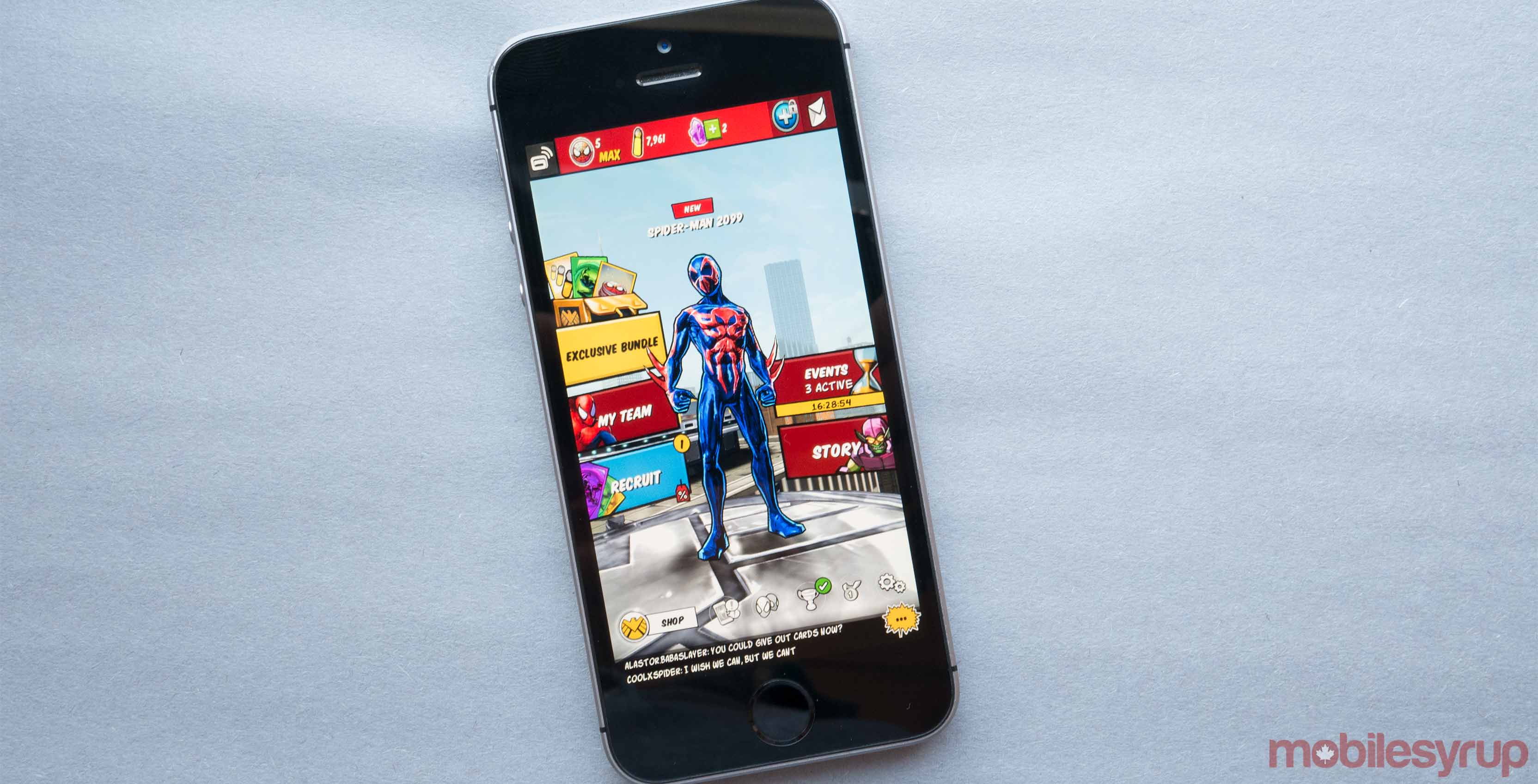 Everyone’s favourite web-head swings back into theatres this weekend with the release of Spider-Man: Homecoming. With that in mind, I wanted to revisit one of Gameloft’s very solid Marvel-licensed superhero games — Spider-Man: Unlimited.

The basic crux of the game is the Sinister Six is on the loose in New York as dimensional portals are opening up, bringing in all sorts of characters (hence the “unlimited” in the title). Gameplay-wise, Unlimited is essentially an endless runner, but Gameloft has added many Spider-Man-related touches to make the title feel more unique.

For one thing, I love that levels alternate between running, web swinging, wall crawling and free falling, which shakes things up and keeps it feeling fresh. And thanks to simple swipe controls, transitioning between those forms of traversal is responsive and problem-free. 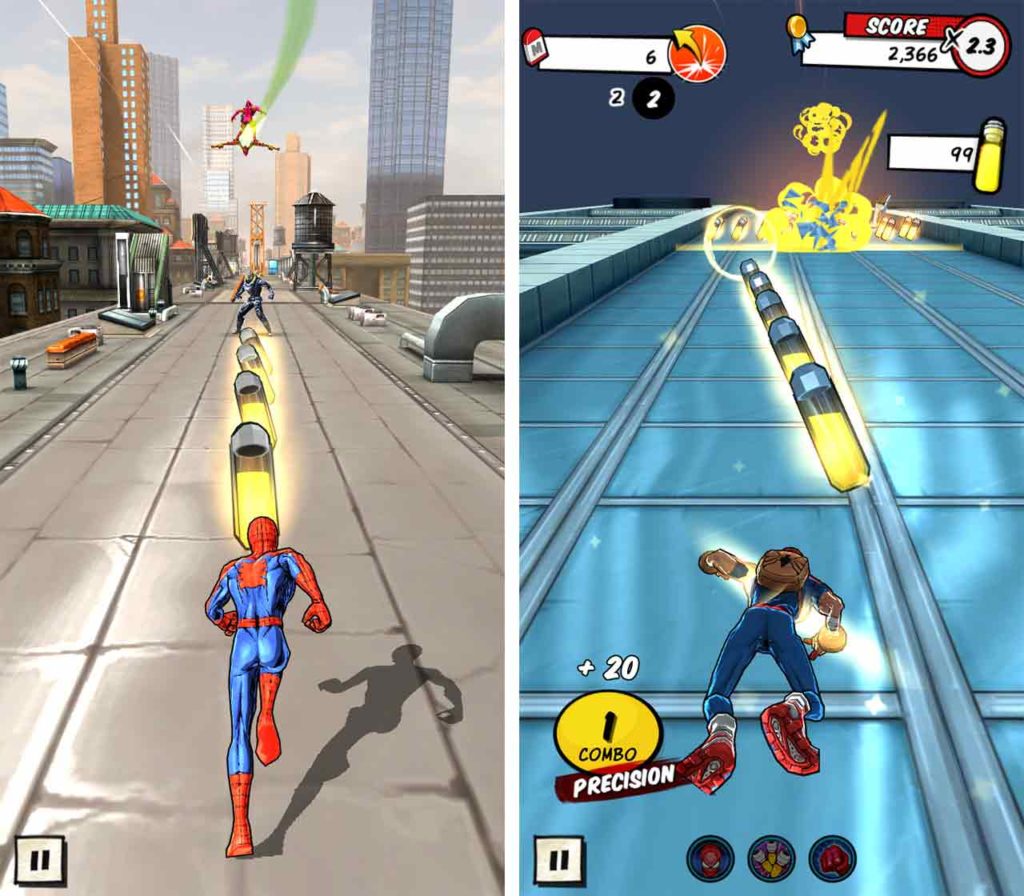 The game is packed with delightful fan service, from the popping comic book-esque art style, to appearances from fan-favourite characters like Nick Fury and The Black Cat. As well, Symbiote Spider-Man, Civil War’s Iron Spider Armour and even Mangaverse Spider-Man are just a few of the many different Spider-Men that are unlockable. What’s more, they all level up on their own and upgrades are specific to each suit, so there are also non-cosmetic reasons to swap out your look.

There are regular in-game events and new characters to incentive return players, and I appreciate that Gameloft has themed them around popular Spider-Man media released over the past several years, like the zany Spider-Island or the popular Spider-Gwen. 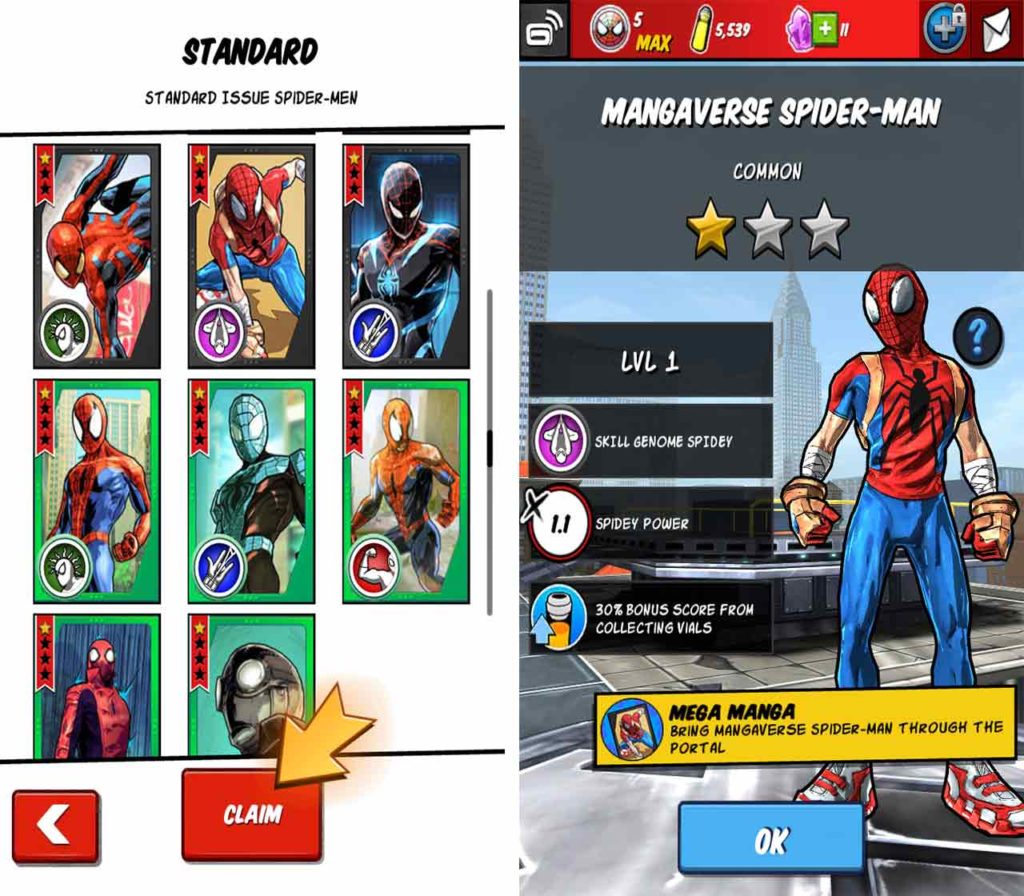 Microtransactions are present, letting you pay to get more of the rare ISO-8 currency, which garners additional level retries and guarantees you’ll unlock rare Spider-Men. Thankfully, the in-app purchases are not very intrusive and aren’t necessary to progress through the game.

Overall, whether you’re an avid fan like me, or just want something that’s easy to pick up and play, Spider-Man Unlimited is a great mobile game.

You can download the game for free on iOS and Android.