It gets ‘Nioh’ better than this [This Week in Gaming] 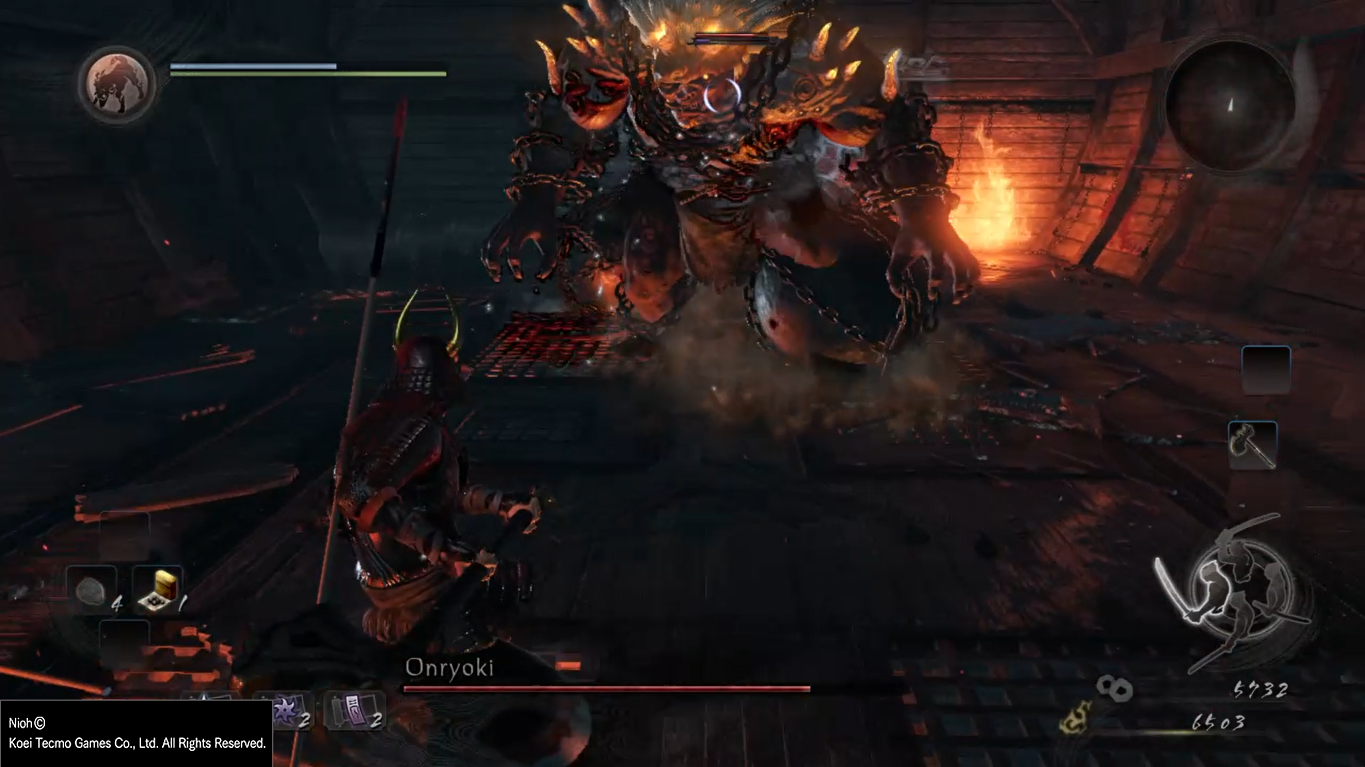 Nioh has certainly been a long time coming. The game has gone through various stages of development since 2004, when it was announced by Tecmo Koei as a PS3 Japanese-style role-playing game.

However, after years of practically no updates, Nioh eventually ended up being re-revealed in 2015 as a Team Ninja-developed PS4 exclusive. The wait was definitely worth it, though, with the end result being a delightfully slick, captivating and challenging Dark Souls-inspired action-RPG.

Nioh takes place in a fictionalized version of early 1600s Japan during the tumultuous Sengoku period, which was rife with social upheaval and military conflict. The plot itself isn’t anything to write home about, focusing on Irish sailor William Adams’ search for English occultist Edward Kelley, who kidnapped his Guardian Spirit friend Saoirse. They’re both in Japan to find Amrita, a resource that is common in the nation and can turn the tide in the war overseas. It’s rather typical action game fare. Moreover, William himself isn’t a particularly compelling protagonist, being a decidedly generic gruff male badass seeking revenge.

But Nioh’s interesting approach to alternate history, mixed with Japanese folklore and settings, is where the game’s world truly comes to life. William himself was an actual sailor (although in reality he was English, not Irish) who is credited as the first ever Western samurai.

This adds a unique foreigner’s perspective to the events of the game, especially since most of the dialogue is in Japanese with English subtitles. And throughout his journey, William encounters such notable figures as the famed ninja Hattori Hanzō and the shogun Tokugawa Ieyashi. Edward Kelley, too, was a man who actually existed. This all helps lend the game more of a gritty and grounded feel to it, even amidst the supernatural embellishments, such as oni, Yokai and Kodama. 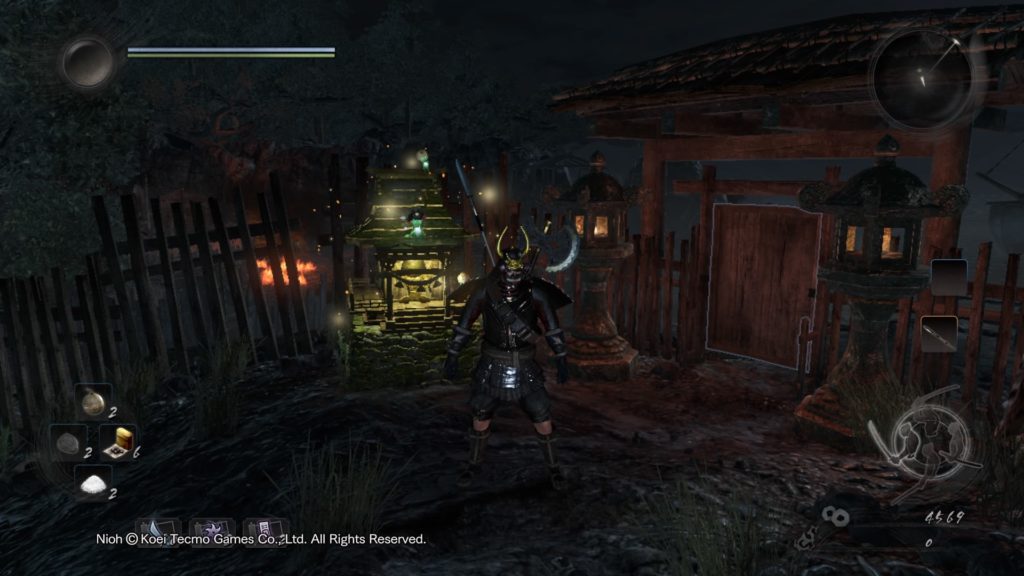 Combat has a similar grit to it and is also where Nioh is truly at its best. The moment-to-moment gameplay, inspired by From Software’s “Soulsborne” titles, features fights that are thrilling, engaging and require a surprising amount of skill. While battles in Dark Souls are often slower and more methodical, and sister game Bloodborne encourages offensive strategies, Nioh is much more aggressive and technical in its combat, somewhat akin to Team Ninja’s Ninja Gaiden series.

In the game, attacks are centred around High, Mid and Low stances. High stance typically sacrifices speed for strong attacks, whereas Low stance favours quick, low-damage strikes over heavy hitting. Mid stance is somewhere in between, offering average damage over a wider range of motion. 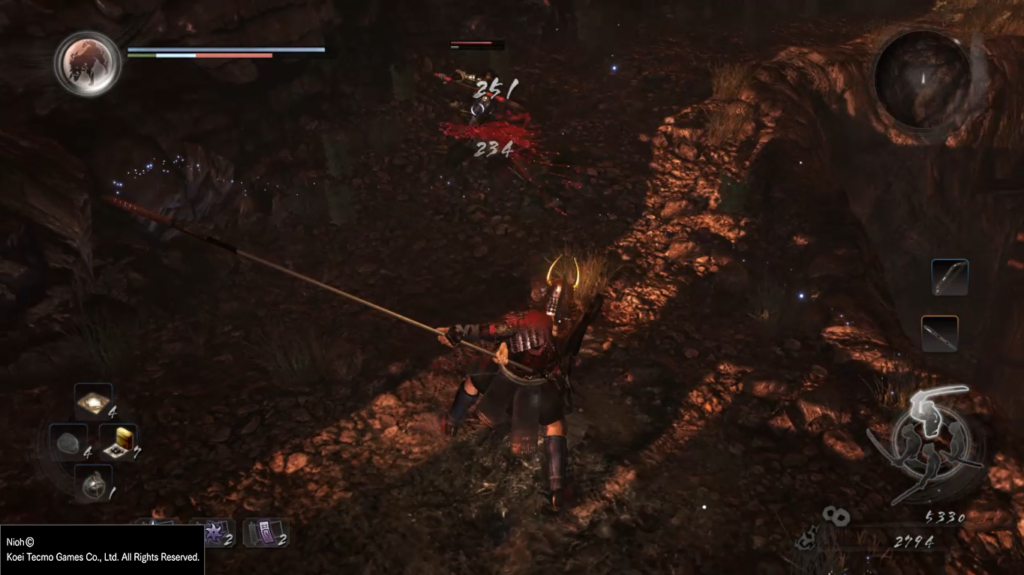 Knowing when and where to use the correct form is essential to survival. In addition, there are eight core weapon types (such as swords, spears and axes), as well as ranged weapons like spears and rifles, all of which feel unique and useful and a system called Familiarity, which makes them more efficient the more often they’re used. Overall, there is a significant amount of depth and nuance behind battles in Nioh.

Combat also a great emphasis placed on stamina, referred to in-game as “Ki.” This is the fuel for pretty much all of William’s main actions, such as running, dodging and attacking, meaning you can run out very quickly. And make no mistake, carefully managing your Ki is particularly important.

Should William get hit when he’s all out of Ki, he’ll be momentarily fatigued, leaving him vulnerable to a much more powerful follow-up attack. What makes the Ki system brilliant is that the same rules apply to enemies: once their Ki is depleted, William too can get in close for a brutal heavy attack that deals massive amounts of damage.

You can offset your rapid stamina drain with the Ki Pulse mechanic, which allows you to regain some of your Ki after an attack with a carefully timed press of the R1 button when a blue aura surrounds William. Knowing how and when to use this ability effectively adds a satisfyingly rhythmic, risk and reward layer to combat.

Mastery of the Ki Pulse is practically a requirement in fights against Yokai, which are larger and more powerful demons that spawn in areas with ominous mist. Yokai can already receive and deal out more damage than most enemies, but that’s not all — they can call forth a haunting Yokai Realm.

As long as William is in within this area of effect, the rate at which his Ki replenishes is dramatically decreased. A perfectly-timed Ki Pulse will create a ‘Purification,’ eliminating the Yokai Realm and restoring Ki regeneration speed. 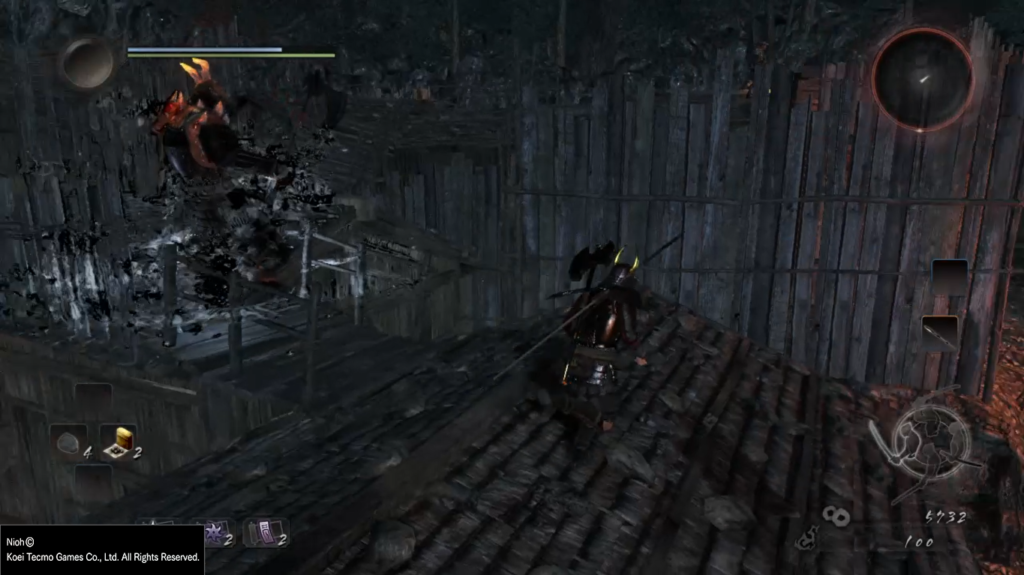 The game has a mission structure to it, with levels being self-contained maps connected by a larger overworld menu. After completing main missions, you can also unlock sub-missions of various difficulties which will provide opportunities to acquire new items, gear, Guardian Spirits and more. 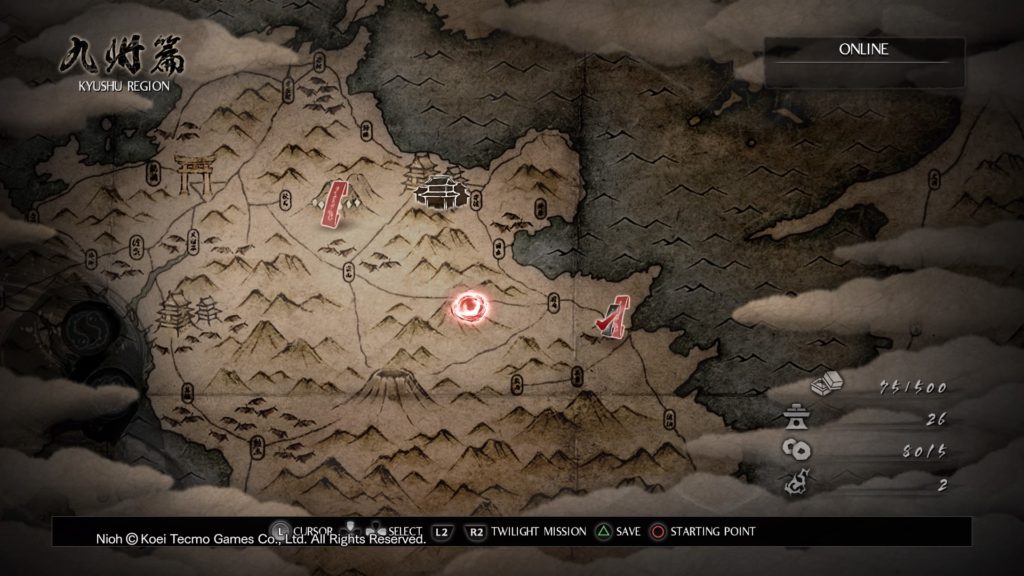 Perhaps my biggest gripe outside of the plot has to do with the boss fights. Some of them are really well-done, with a highlight being a one-on-one duel with a rival swordsman, but others are either too easy and unmemorable, or overly frustrating due to unclear attack patterns and poorly telegraphed movesets. In any case, they never quite match the epic, grandioise nature of those in the From Software games.

The game also supports multiplayer; if you’re having any trouble in Nioh, you can summon other online players into your game, although they need to have already beaten the level you’re calling them to. Player vs. Player is also coming as a free update, although no release timing has yet been given for the feature. 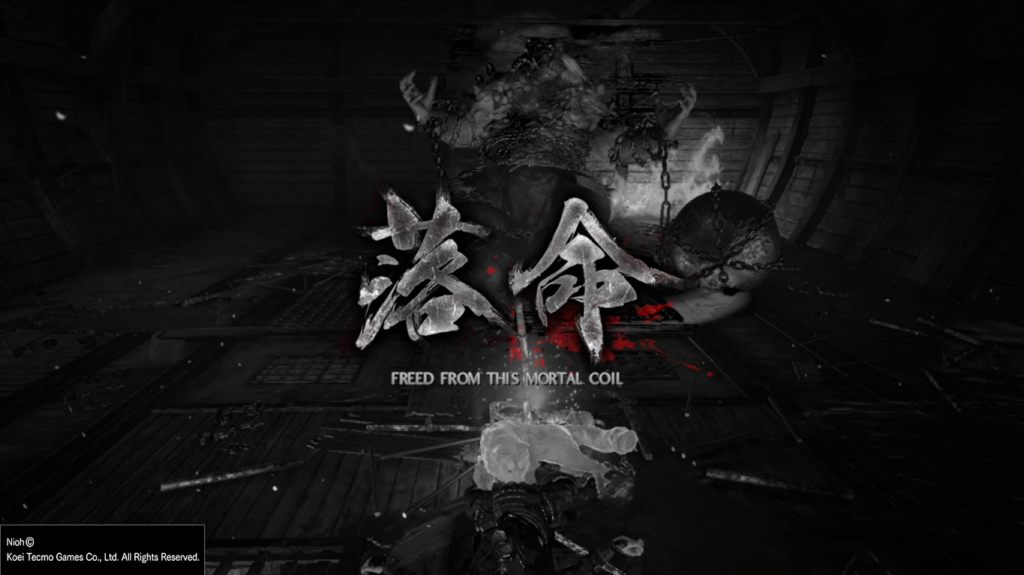 It’s worth noting that the game is simply massive; many reviewers have logged 70+ hours into the game and so far say they haven’t even done everything there is to offer. I myself have put in maybe two dozen hours, and yet, I feel like I’ve only scratched the game’s surface. This is a game absolutely rich with content to discover and experience.

Nioh might take obvious inspiration from other modern games, but it’s a remarkable achievement in its own right. With highly refined skill-based combat, a distinct artistic style and engrossing loot and upgrade systems, the game carves out its own identity as a champion of the action genre.

There’s ‘Nioh’ doubt about it — this is one journey worth dying (again and again) for.