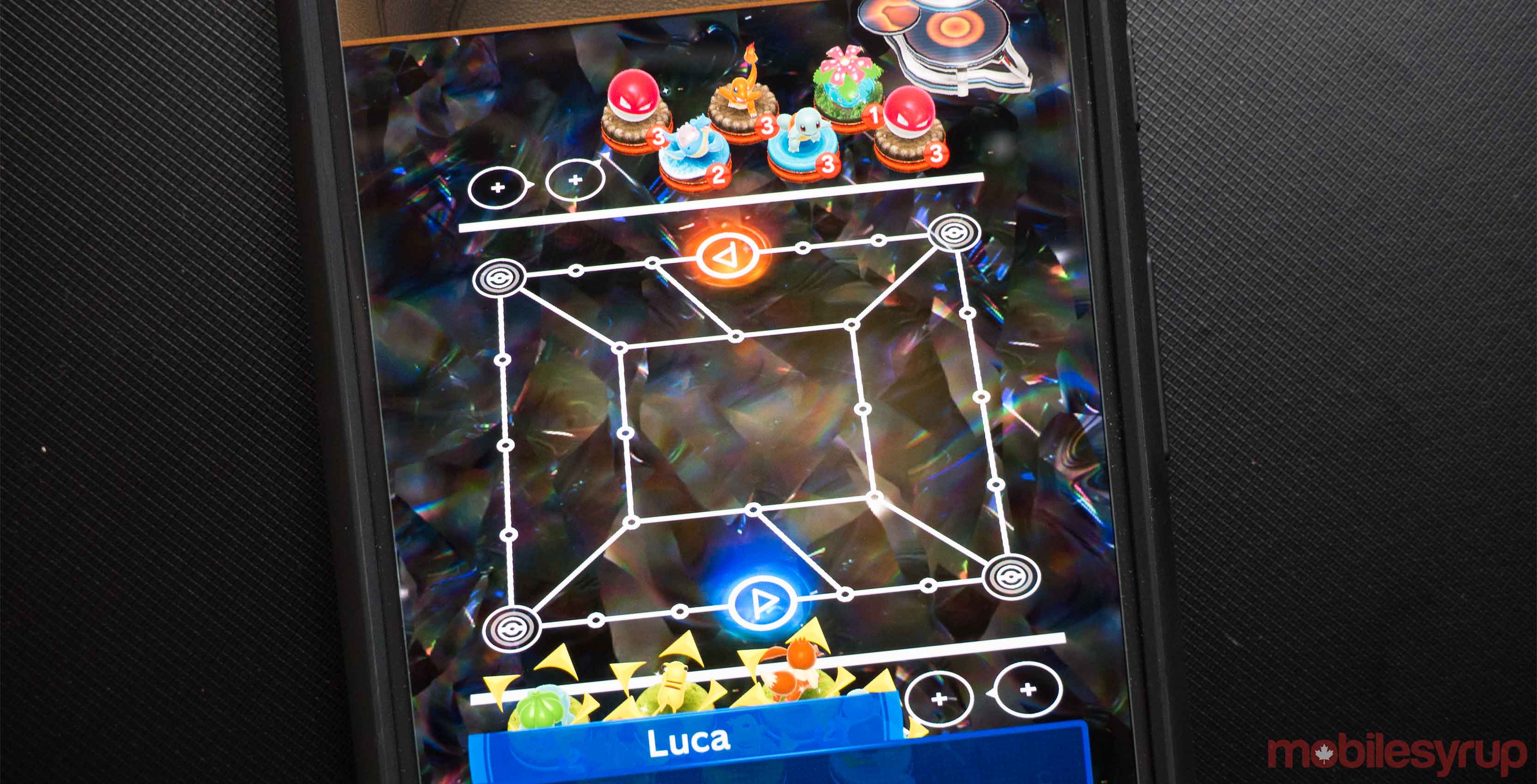 In a surprise move, The Pokémon Company has released Pokémon Duel, a free-to-play digital board game, for iOS and Android.

In Pokémon Duel, players move collectable Pokémon figures in a turn based tactical game that shares a lot of similarities with chess or checkers. The game’s ultimate goal is to move your six Pokémon to the opposing goal, with strategy coming into play when it comes to moving, attack and blocking your opposing player.

Players can battle one another or play against the computer in Pokémon Duel. While the game seems to be coming out of no where, The Pokémon Company actually released the game almost a year ago in Japan under the name Pokémon Co-master.

Something worth noting, however, is that after downloading the initial game, a lengthy additional download is required after getting through the title’s opening sequence.

Pokémon Duel is available for free on iOS and Android. We’ll have more on Pokémon Duel later this week.