The best quotes from CRTC’s Jean-Pierre Blais at IIC (including Shomi, Guy Laurence and net neutrality) 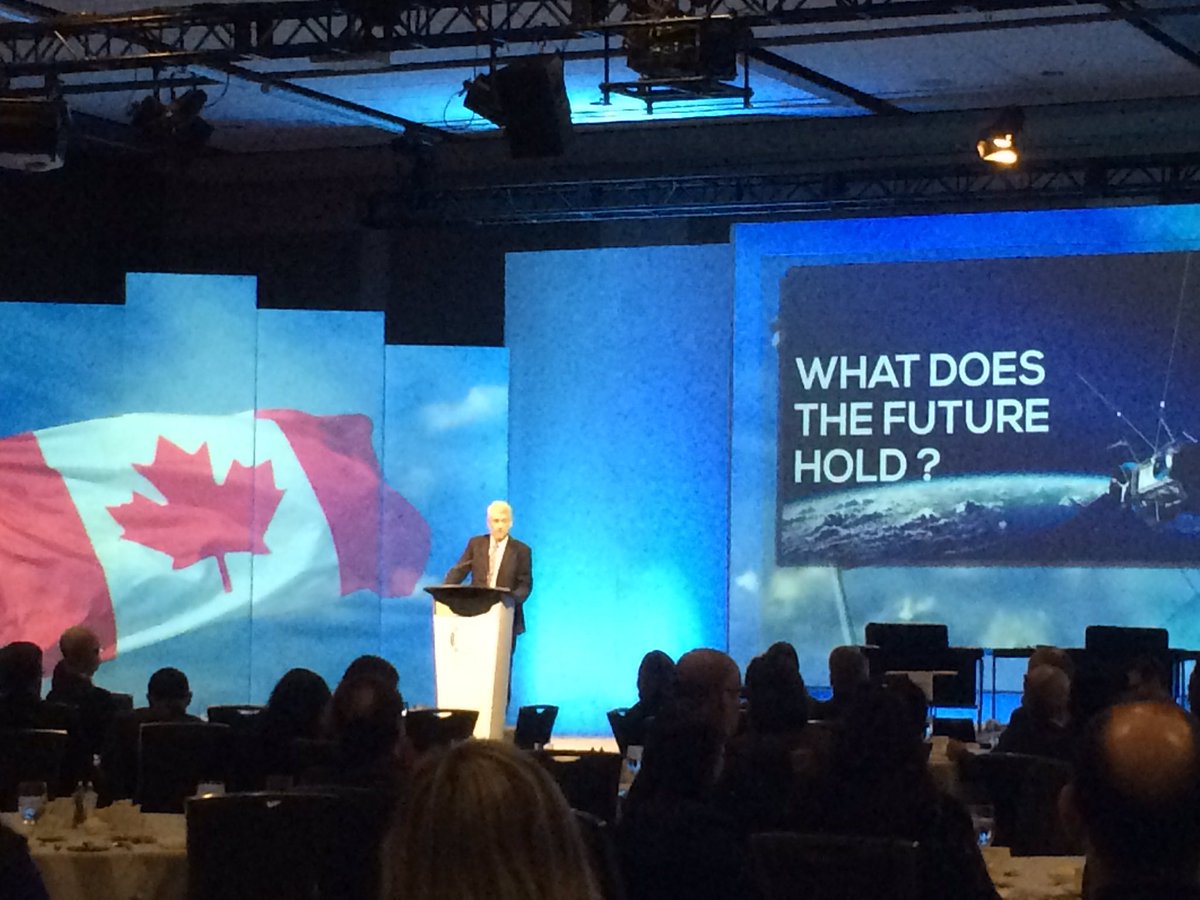 Jean-Pierre Blais, the Chairman of the Canadian Radio-television and Telecommunications Commission (CRTC), took the stage for the keynote presentation at the annual Canadian Chapter of the International Institute of Communications conference.

Blais took his position at the CRTC in June 2012. His five-year term is set to expire on June 18, 2017. His speech at the IIC forum had several parts that surely made telecom and cable execs sweat. Titled “Getting Ahead of the Curve,” Blais honed in on how Canada is currently in a “post-convergence age” and “post-disruption age” where the future is “about broadband.”

Talking up the CRTC’s accomplishments over the past four years, Blais noted that Canada must lead and the “CRTC’s role now is to focus on outcomes, rather than making rules.”

Below are a number of quotes from his 20-minute speech:

“The CRTC has watched the development of streaming, video-on-demand services like Crave and Shomi with some interest since they were launched in 2014. It came as a shock, therefore, to hear in September that Rogers and Shaw were closing the doors on Shomi. Far be it for me to criticize the decisions taken by seasoned business people, but I can’t help but be surprised when major players throw in the towel on a platform that is the future of content — just two years after it launched. I have to wonder if they are too used to receiving rents from subscribers every month in a protected ecosystem, rather than rolling up their sleeves in order to build a business without regulatory intervention and protection.”

On Guy Laurence being correct

“We find ourselves today in the fourth industrial revolution, in the post-disruption age, when cultural expression and human imagination are coded in bits that can travel around the planet at the speed of light. Our cultural sovereignty must be defined, promoted and evaluated on a world stage. Connectivity makes it so. I will not foolishly attempt to stop the tide of connectivity through ineffective and nostalgic regulatory action.”

“Creators must now think in terms of promoting and branding content made by Canada, in terms of outcomes, in other words. They must shift their resources to productions that tell fabulous stories to the world about Canada, rather than to programs that just tell Canadian stories to Canadians.”

“There’s talent here. It’s abundant. Canadian producers and creators just need to change their tacks to exploit it. They’re missing out on selling magnificent cultural products to the world. They’re thinking provincial when they should be thinking international.”

Canadian media views on the CRTC

“The news media aren’t always helping. They are replete with spilled ink and exhaled air on the subject of lead actors and certification-system points. Our critics argue that the CRTC’s shift from protection to promotion will send shockwaves through Canada’s production business. That a difference of two points on a scale will cause entire industries to crumble. Such talk undoubtedly makes good cocktail conversation.”

On how other countries view Canadian telecom

“By the way, for all the hand-wringing that occurs in this country over the effects of changing rules on incumbents, it’s worth remembering that it’s sometimes easy to lose sight of the bigger picture. Those outside our borders are marveling at the work we’ve done. The world sees Canada as a leading-edge innovator when it comes to responding to broadband’s influence. Officials from India, the United States, Sweden and Australia are looking to us for advice and guidance on how to prepare for life in the post-disruption age.”

“We took a long look at the relationships between large and small wireless service providers, and the relationships between Canadians and their providers. We reasoned that regulation could help restore fairness in each. We therefore began regulating some of the wholesale rates that Bell, Rogers and TELUS charged other Canadian wireless companies to ensure that the smaller players can compete in the market, that Canadians can benefit from sustainable market competition, and that the big players continue to invest in essential network infrastructure.”

“Some incumbents grumble about having to provide wholesale access to their competitors. I invite them to look abroad… If the winds of change blow too hard and they refuse to bend in the wind, the tree may break at the trunk rather than lose a few leaves.”

“Some might say that decisions of this nature curb providers’ ability to innovate in the changing marketplace. That regulators are getting in the way of progress. I couldn’t disagree more. We’re all for innovation. We want broadcasters and telecommunications providers to move their industries forward by creating new content and opening new channels for consumers to access media. But when the drive to innovate steps on the toes of the principle of free and open access to content, we will intervene. Abuses of power in the system will not go unchecked.”

“We as a nation have to stop spinning our wheels on legacy issues and embrace where we’re heading. We have to get ahead of the curve. The conversation is no longer about the number of hours of Canadian content on TV. It’s about telling good, made by Canada stories to the world.”

“What does the future hold for communications in Canada? More change, I’m certain.”

“I am sure that the major players in the communications and media industries 10 years from now will not be the same as those that dominate the market today. Change begets change. Those companies that listen to consumers, that read the tea leaves, that lift their feet off first base with a view to stealing second will join their rightful places among the world’s leaders. Those that don’t, that rest on their laurels and grow comfortable on entitlements will see their positions usurped.”

“I am sure that consumers will become further empowered to access audiovisual content on devices, in ways and on schedules of their choosing. Content may be king, but the viewer is emperor. Choice is the imperative that drives communications today. Woe betide anyone who ignores that imperative.”