Best Buy and Google to open 14 Google Shops across Canada 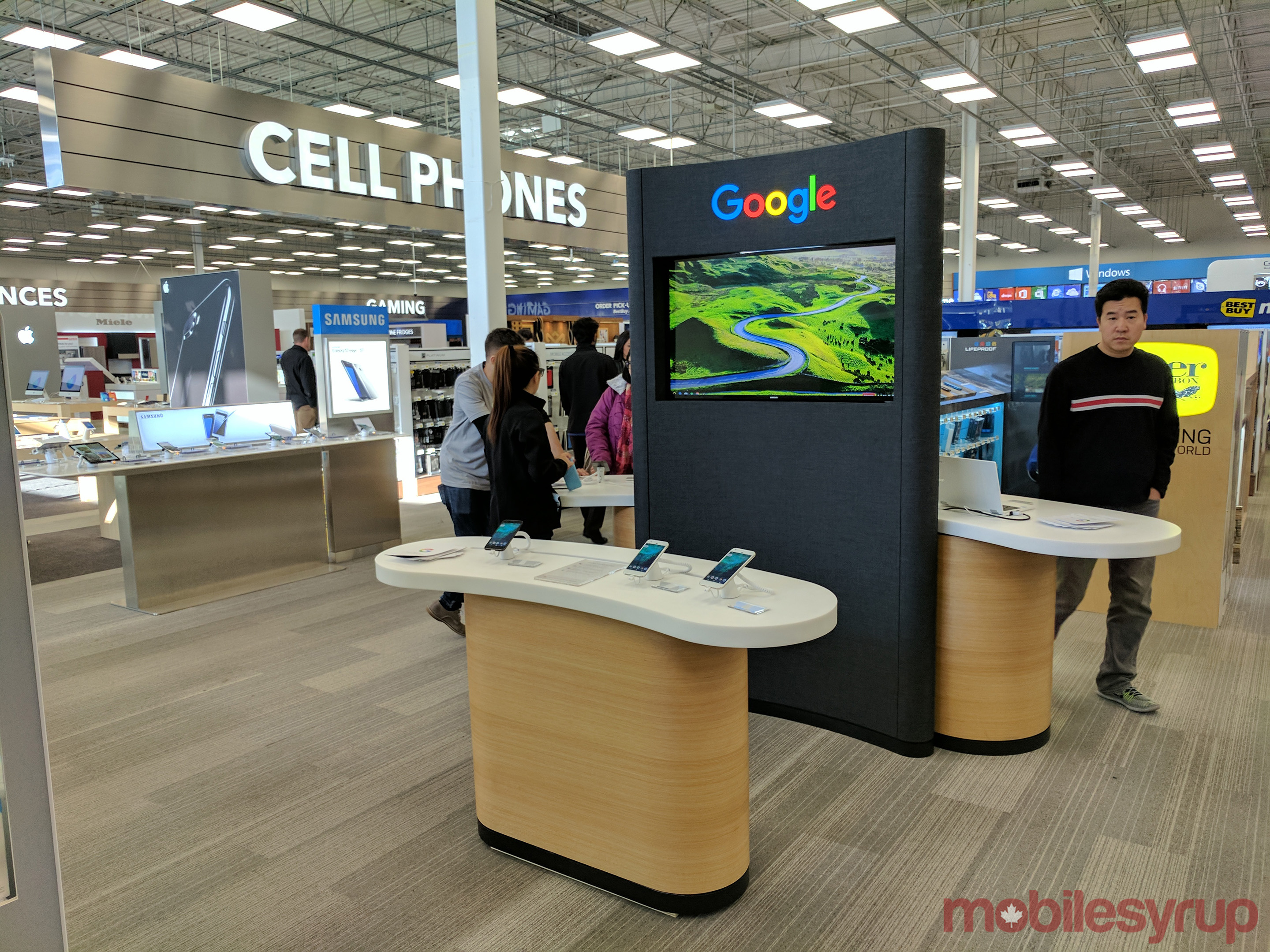 Don’t call it taking a page from Apple’s playbook — or, for that matter, Samsung or Microsoft’s either — but Google just opened a number of ‘Google Shops’ at several Best Buy locations across Canada.

The two companies say the “innovative” partnership is the first of its kind in North America. Like similar retail spaces from Apple and Microsoft, Google Shops will offer Canadian consumers the chance to see and touch the search giant’s latest gadgets, including the just launched Pixel and Pixel XL, as well as Daydream View and Chromecast Ultra when they arrive in Canada later this year.

Each of the locations is a set to offer one-on-one appointments with trained product staff, as well as weekly workshops that cover a range of topics related to the devices on sale.

To start, 10 of the planned 14 locations open today. Four larger Google Shops will open later in the year at Best Buy stores in Vancouver, Edmonton, Calgary and Mississauga.

Update: Best Buy has just sent us the full list of 10 Google Shops opening today. They’re located with the company’s newly renovated “Experience Stores,” which can be found in the following locations: