The first major update to Android 7.0 Nougat is coming soon.

Google has announced the developer preview of Android 7.1 is launching later this month, October 2016. The company says it’s first rolling out to Nexus 5X, Nexus 6P, and Pixel C devices, and will extend the new version to other supported devices by the end of the preview.

Meanwhile, the Pixel and Pixel XL, which are launching on October 20th, will be the first devices to run an early iteration of 7.1 out of the box. The devices will also include some exclusive software features — including Google Assistant and the Pixel launcher — that may never reach stock Android.

The update, stresses Google, is incremental, but includes some noteworthy additions. Among them are Daydream VR support, a colour-adjusting feature called Night Light and app shortcuts, which will let developers create shortcuts that will take users straight to a specific action within their app. 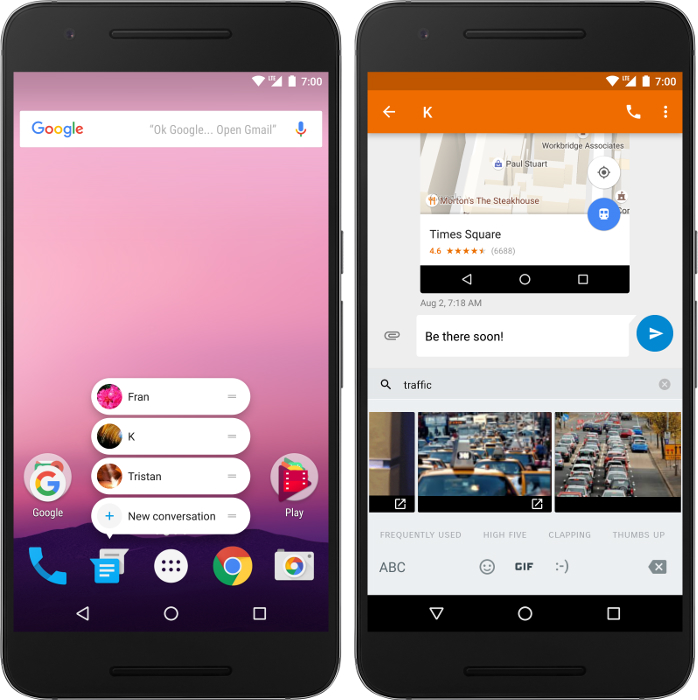 Another feature of 7.1, image keyboard support, lets users input images and other content directly from the keyboard.

The final release of the Android 7.1.x platform is due in December 2016, and will see updates rolled out to a full lineup of supported devices: Nexus 6, 5X, 6P, 9, Player, Pixel C, and supported Android One devices, as well as Pixel and Pixel XL devices.