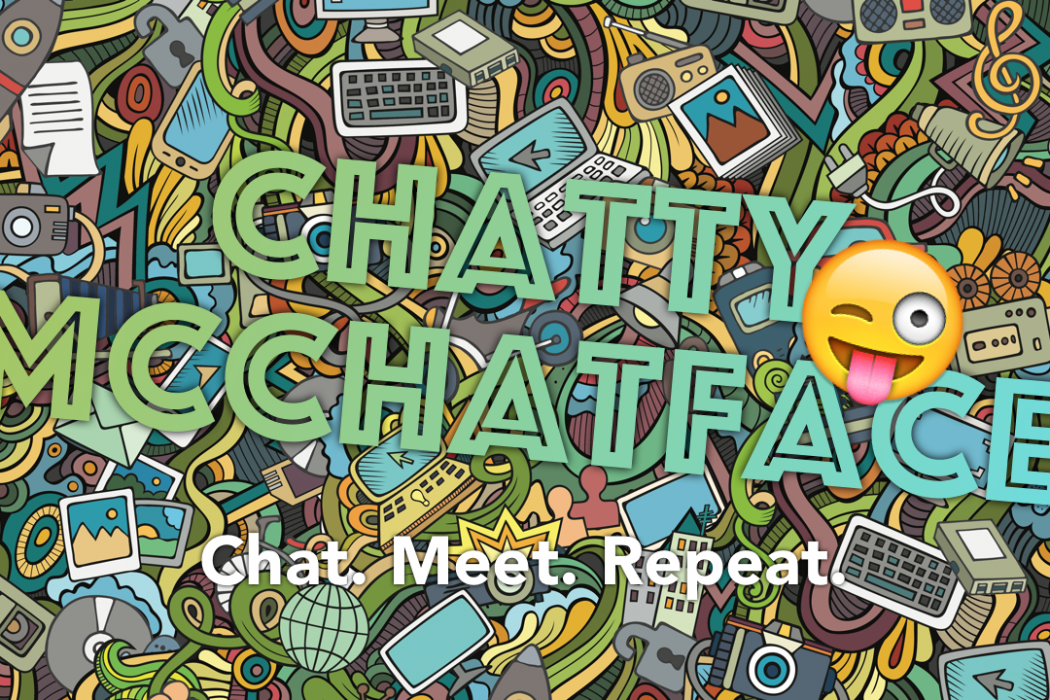 A lot has changed in the messaging space since Jonathan Keebler and Matt McCausland launched of their anonymous chat service Sam:) last September.

For one, chat activity has exploded, with the top four messaging apps surpassing the top four social networks in monthly active users. Secondly, those messaging apps have opened up their platform to chat bots, with Canada’s own Kik leading the way, exchanging over 1.8 billion messages with 20,000 different chat bots.

Sam:) has also changed in that time, deprioritizing its text message-based chat service to punch a bot ticket on the messaging rocket ship. In June, the company launched chat bot Chatty McChatface on Facebook and Kik. Targeted towards teens aged 13-17, the bot helps users choose a topic of conversation and find new people to talk with. So far, the experiment is working, with Chatty spurring 20 million total messages via 1.2 million conversations. While Chatty McChatface is helping produce over 20,000 new conversations per day across multiple platforms, as well as its own iOS and Android apps, over half of Chatty’s 140,000 user base is on Kik. McCausland attributes the interest to Kik and Chatty’s overlapping demographic of bored teenagers.

To stay sticky, Chatty is doing a lot of work under the hood to ensure that connections are worthwhile. Natural language processing helps Chatty learn about you while you converse, figuring out your tastes (e.g. favourite band, movie, etc.) and storing the information to better connect you to people with similar tastes. If Chatty finds that conversations end quickly when there’s a significant disparity in age between users, it will begin to steer users to people closer to their age (Chatty is also good at steering trolls away from people, shadow banning them from connections without their knowing so they don’t just create a new account and bother them all over again). Chatty users can also participate explicitly in the algorithm, rating each conversation with either a poop emoji or a rocketship.

The (appropriately) juvenile behaviour belies how seriously the Sam:) team takes providing a great experience for its users, especially on platforms like Kik, which has been fighting an ongoing battle to protect its youthful demographic from adult content or bad actors.

“What we try to adhere to is making our experience really safe for them,” Keebler said, noting that Chatty forces users to confirm their age upon signup, and then verify with a selfie (the bot uses face detection to determine age). “We think we overall provide a lot of safety versus just sharing your username in a forum somewhere, where anybody could connect to you.”

Chatty’s expediency at helping messenger apps drive engagement while reducing privacy concerns and the pains of a platform ‘cold start’ begs the question as to whether or not Sam:) is building features to someone else’s product – a label that has doomed many past startups. For his part, Keebler indicated that the bot space is still too nascent for it to be a cause of concern.

“If you talk to the messaging platforms, they’re all saying: we’re becoming more open, we’re adding more features, please build on us,” Keebler said. “Maybe Kik is days away from introducing a feature exactly like us. I doubt it.”

“We’re racing to find out exactly where the value is coming from in what we do, and figure out how to own our users. In the meantime, the messaging platforms are dependent upon us to introduce people to each other and drive engagement. There’s sort of a symbiosis happening right now.”

McCausland pointed to the work that developers are doing pushing the limits of the nascent chat bot platforms as another reason why Kik and Facebook need a symbiotic relationship: their feature roadmaps are currently being driven by new requests from startups like Sam:).

“On the platforms, they’re all scrambling. Everyone wants to have the most bots, but the technology is a little behind,” McCausland said.

Of course, while Facebook and Kik are aggressively fighting a land war for bot dominance, the nascency of the space is keeping investors at arms length.

“Bots are a really new space. No one has created the Google of bots yet. For investors, there are fundamental questions that haven’t been answered yet,” Keebler said, admitting to being on email threads with other chat bot makers attempting to identify exactly what the success metrics look like. An example of how Chatty McChatface is working behind the scenes.

While equity financing is currently bearish, its not stopping Sam:) from monetizing its activity, thanks to Kik’s ‘Kik points’, a digital currents teens on the platform can earn through activities and then spend through chat bots like Chatty McChatface on things like smilies and stickers. The points then translate into real dollars for Sam:). “What Kik is doing to actually provide us a tangible way to get money without advertising is really special,” Keebler said.

While Kik is currently leading the bot messaging space, Sam:) isn’t putting all of its bots in one basket. Keebler was keen to note the natural language processing and machine learning that powers Chatty McChatface is agnostic, and the company already has more bots on the way targeting different demographics. Imagine a Linky McLinkface bot that could turn networking on LinkedIn into something less spammy and more valuable to your business.

Sam:) hopes that with enough of these bots released, it will have the data to provide a personal concierge that knows you well enough to connect you with whatever and whomever you need – lawyer, plumber, etc.

“That’s sort of the long-term vision that we’re working towards, and we have most of the pieces and we’re working on putting them together,” McCausland said.