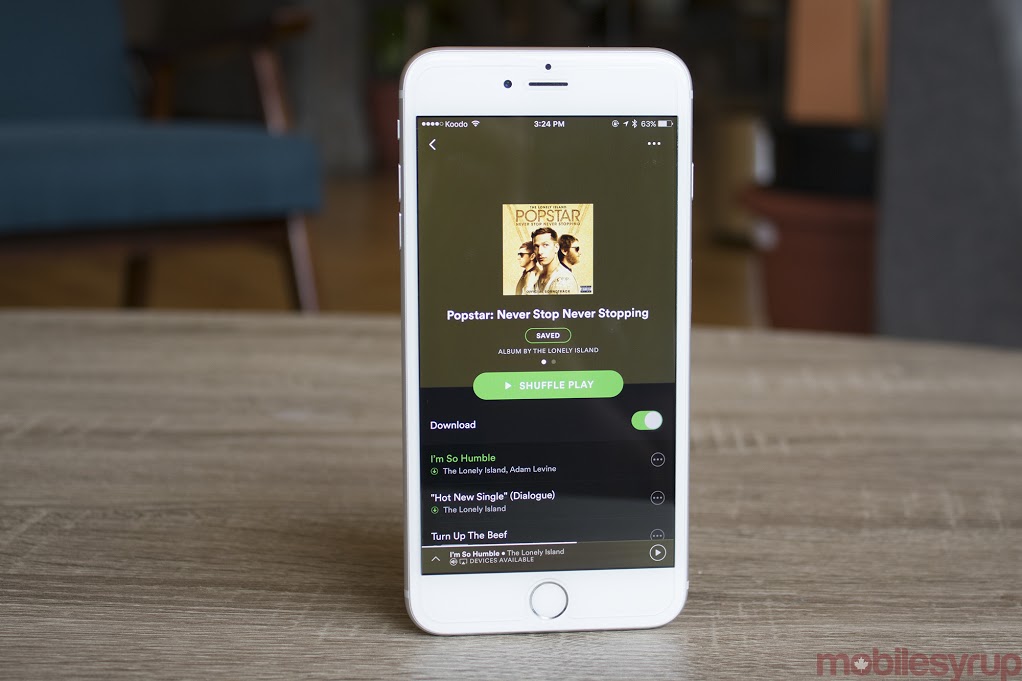 Spotify recently told The Telegraph it has 30 million paid subscribers worldwide, double the amount that Apple announced at this year’s WWDC for Apple Music. It also noted that counting users who are signed up for free, its monthly active users hit 100 million.

It’s important to keep in mind, however, that Apple Music is not quite a year old yet, having launched on June 30, 2015, while Spotify is eight years old, having launched first in Europe in 2008, then in the U.S. in 2011. Considered in the context of time, Apple Music’s numbers are impressive.

At the tail end of its first year, Apple Music has gained on Spotify at an extremely rapid rate. The platform was at 13 million subscribers in April, and 11 million in February.

Both companies charge the same amount for their services, $9.99 for individuals and $14.99 for families, though Apple Music doesn’t offer a free version, and Spotify’s family rate is not yet available in Canada.

Spotify, however, told Reuters last month that it believes Apple’s competition has only helped it grow.

“It’s great that Apple is in the game. They are definitely raising the profile of streaming. It is hard to build an industry on your own,” Jonathan Forster, vice president of sales told Reuters.

“Since Apple Music started we’ve been growing quicker and adding more users than before.”

Update: Google Play Music, launched November 2011, does not provide subscriber numbers, so it’s impossible to tell how it’s faring against Spotify and Apple Music when it comes to paid accounts. Amazon also refrains from stating active monthly users for its music streaming platform bundled in to Prime subscriptions, which is not available in Canada. Reuters recently reported, however, that the e-retail giant is planning to uncouple the two and create a monthly music subscription service to compete with Apple, Spotify and Google.