Last month, BCE entered into an agreement to purchase Manitoba-based MTS for $3.9 billion.

Pending regulatory approvals, the acquisition is expected to close late 2016 or early 2017. Since its announcement, several polls have been released that reveal some concern over the deal. The latest is from the Public Interest Advocacy Centre (PIAC) who echo similar feeling for customers in the province.

According to its recent survey, the deal shows “high levels of concern with the proposed takeover of Manitoba Telecom Services.” The report was conducted of 1,048 residents of Manitoba between May 31st and June 1st, 2016, with the breakdown consisting of 789 surveys by landline and 259 via cell phone. 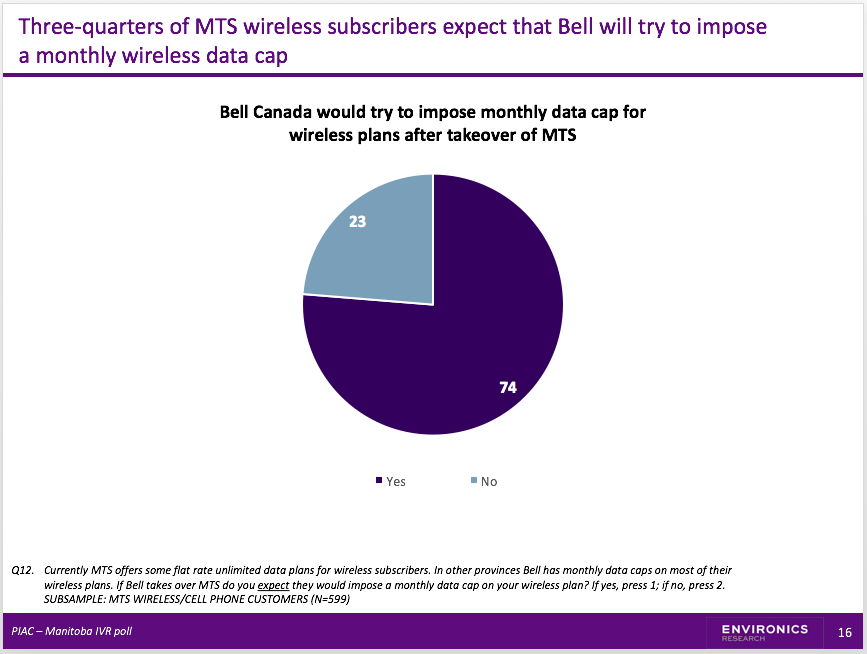 The main issue that Manitobans felt was that monthly price plans would increase for both wireless and internet and also “usher in a market with expensive data caps in Manitoba.” Fifty-three of present MTS customers say the cost of their monthly internet would increase, while only nine percent think internet prices will decrease.

Specifically regarding wireless, 54 percent of its current customer believe unlimited data plans will disappear for BCE-MTS wireless customers. In addition, if Bell does impose monthly data caps, 57 percent would shop for another provider. 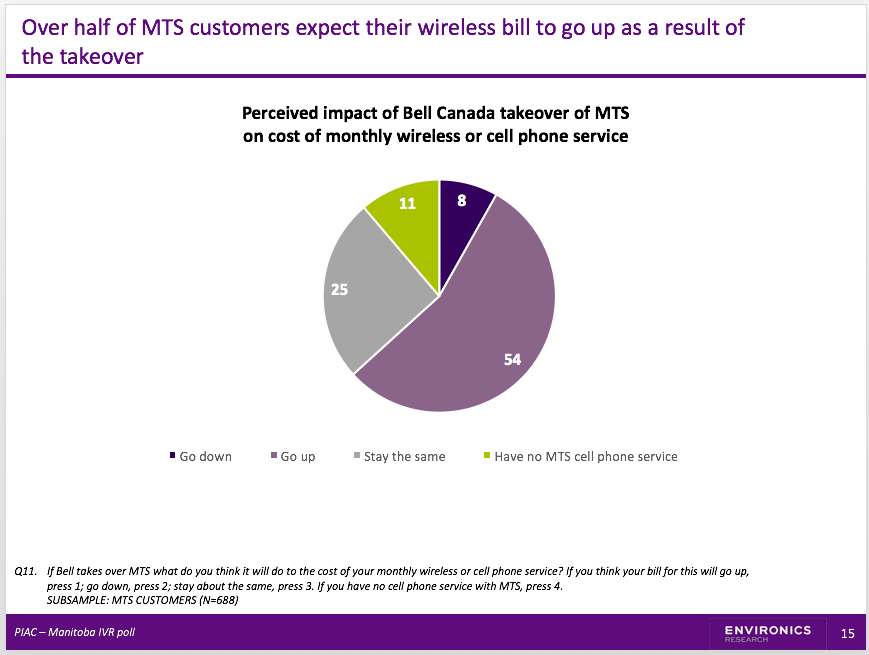 “Manitoba consumers think the BCE offer for MTS will hurt them where it matters most – in the wallet,” said John Lawford, executive director and general counsel to PIAC and COSCO, “They know the deal is bad news for Manitoba and they’ll lose the competitive market that’s delivered low prices and unlimited Internet.”

MTS currently has 565,000 subscribers but the deal also states that Bell will divest a third “of MTS dealer locations in Manitoba to Telus.” This number approximately represents 140,000 to Telus. Total Bell wireless subscribers base is now at 8,235,963.