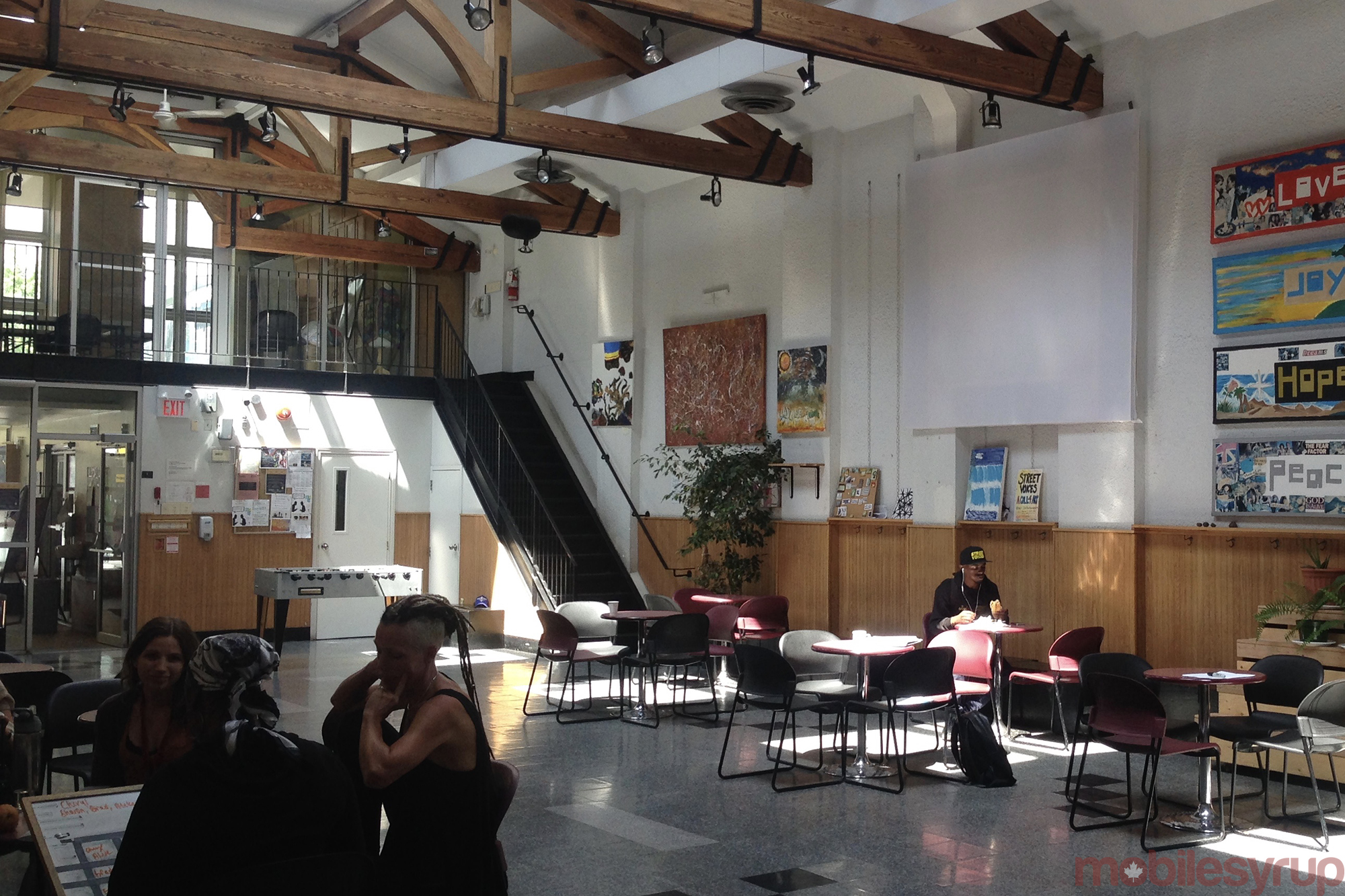 “Time to make the potatoes beautiful.”

That was Meghan Reidy, a part-time worker at the Yonge Street Mission and a final-year nursing student at Nippising University. While she spends much of her time in the bright, two-story loft on the corner of Yonge and Gerrard, there were some unfamiliar faces working alongside her yesterday.

The Yonge Street Mission, a local program with several community outreach branches, is serving as the first stop on a Telus charity event called The Giving Effect. The Giving Effect took place on the first day of June and saw Telus employees lead a charity walk through the city, making stops at the Yonge Street Mission, The Humane Society and finally, the Telus building. 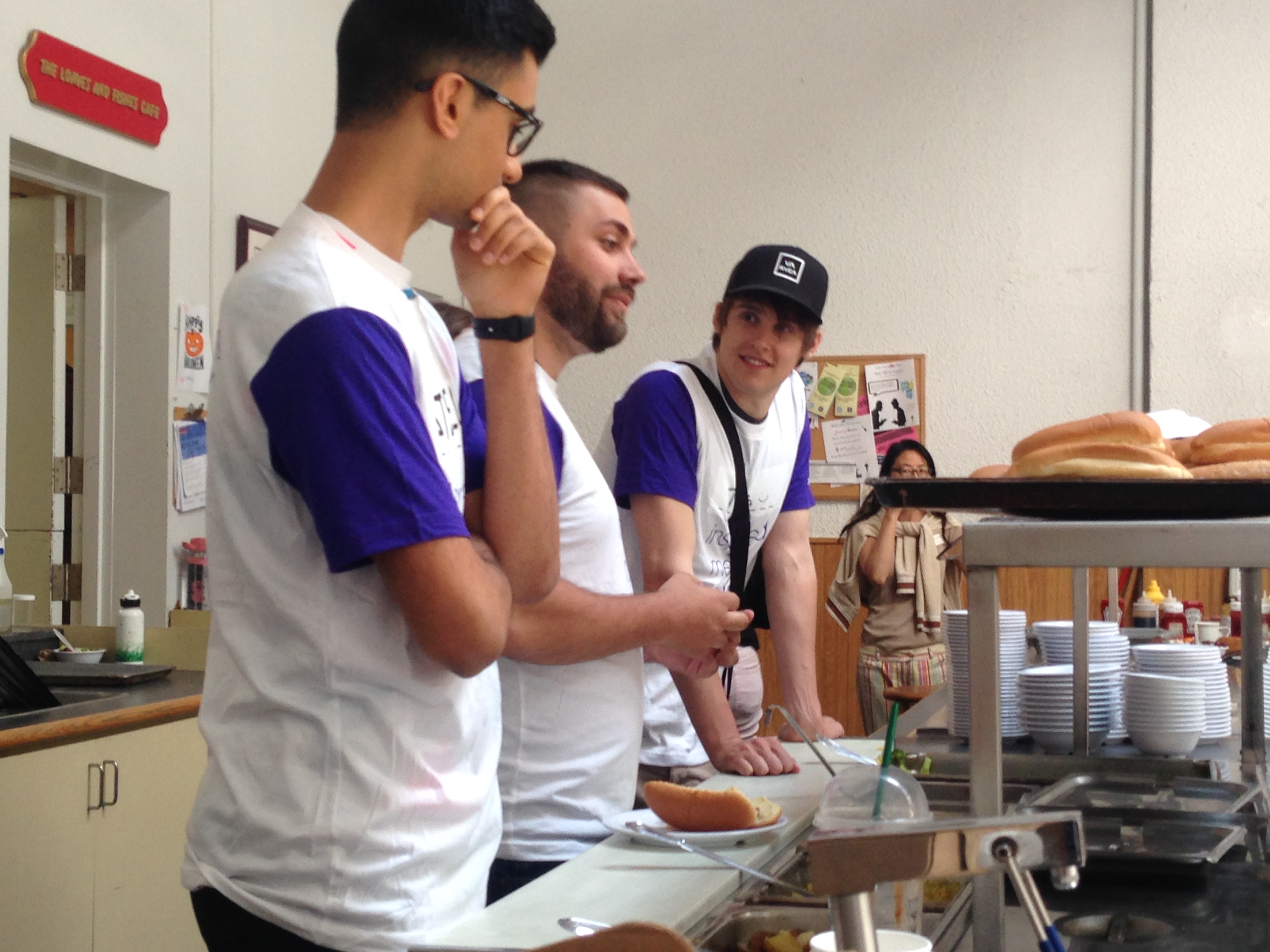 Keri Linscott, the manager of community investment marketing at Telus, was among the prep team, who’ll be joining the group on their walk later on, and arrived with the group at 5:30 p.m. at the Telus building. There, Toronto residents were invited to drop off their old electronics for donation to the Sky’s the Limit Charity.

Linscott believes that companies like Telus should make an effort to bridge the gap between the haves and the have-nots.

“If a technology company is able to bridge that gap then all the better for everyone,” she said. She goes on to say that this event is part of Telus’ days of giving which is comprised of approximately 19,000 members. 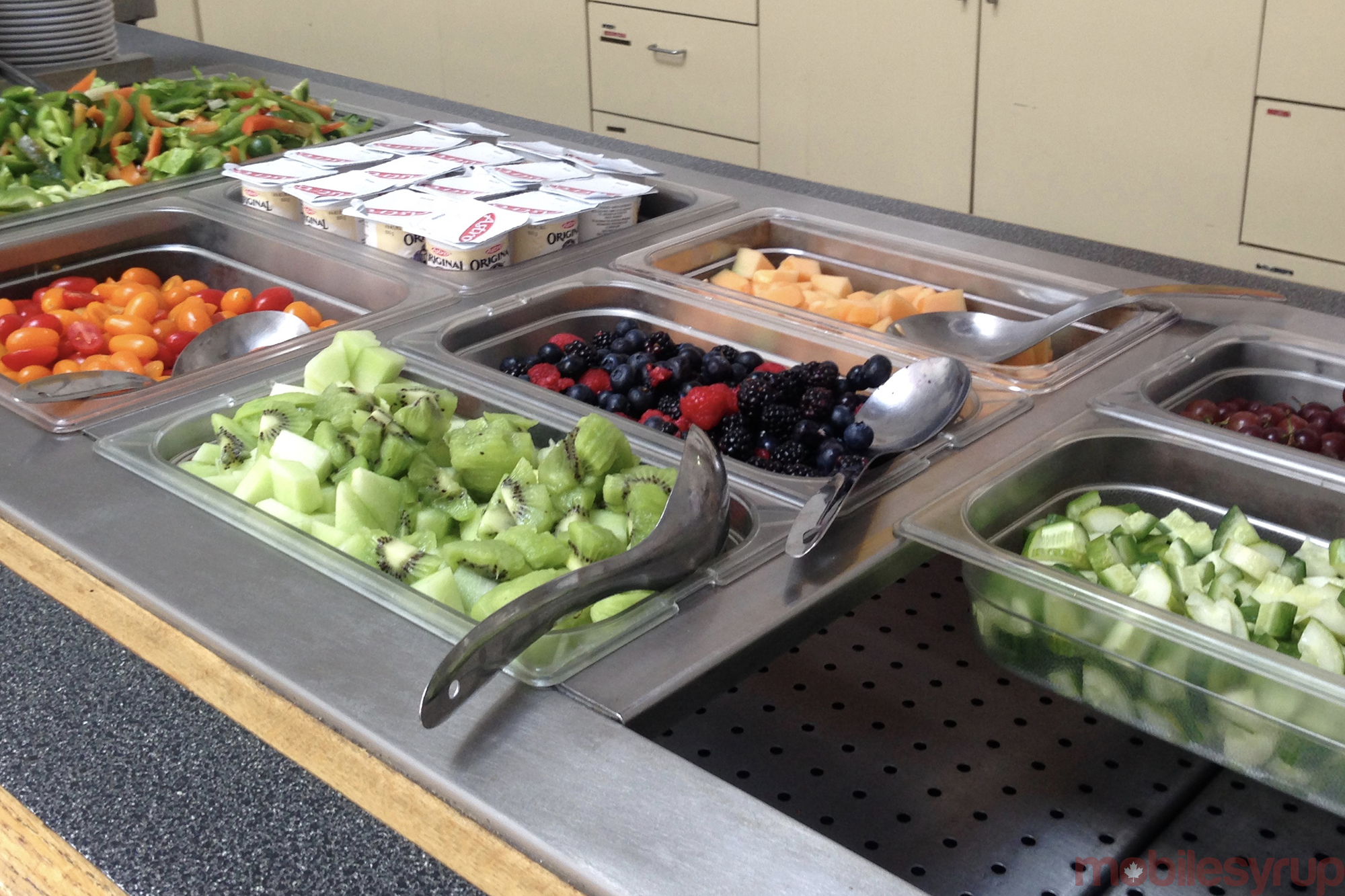 “We also have the campaign called The Giving Effect to inspire Canadians to do an act of good themselves,” she continues.

Accompanying her in the prep room yesterday morning was Matt Watts, who runs the popular YouTube channel VivaLaWatts. Watts is a Toronto-native and has amassed a YouTube following of over 30 thousand subscribers.

“We all live in a little community and I think it’s important to give back to the community you live in,” he said. 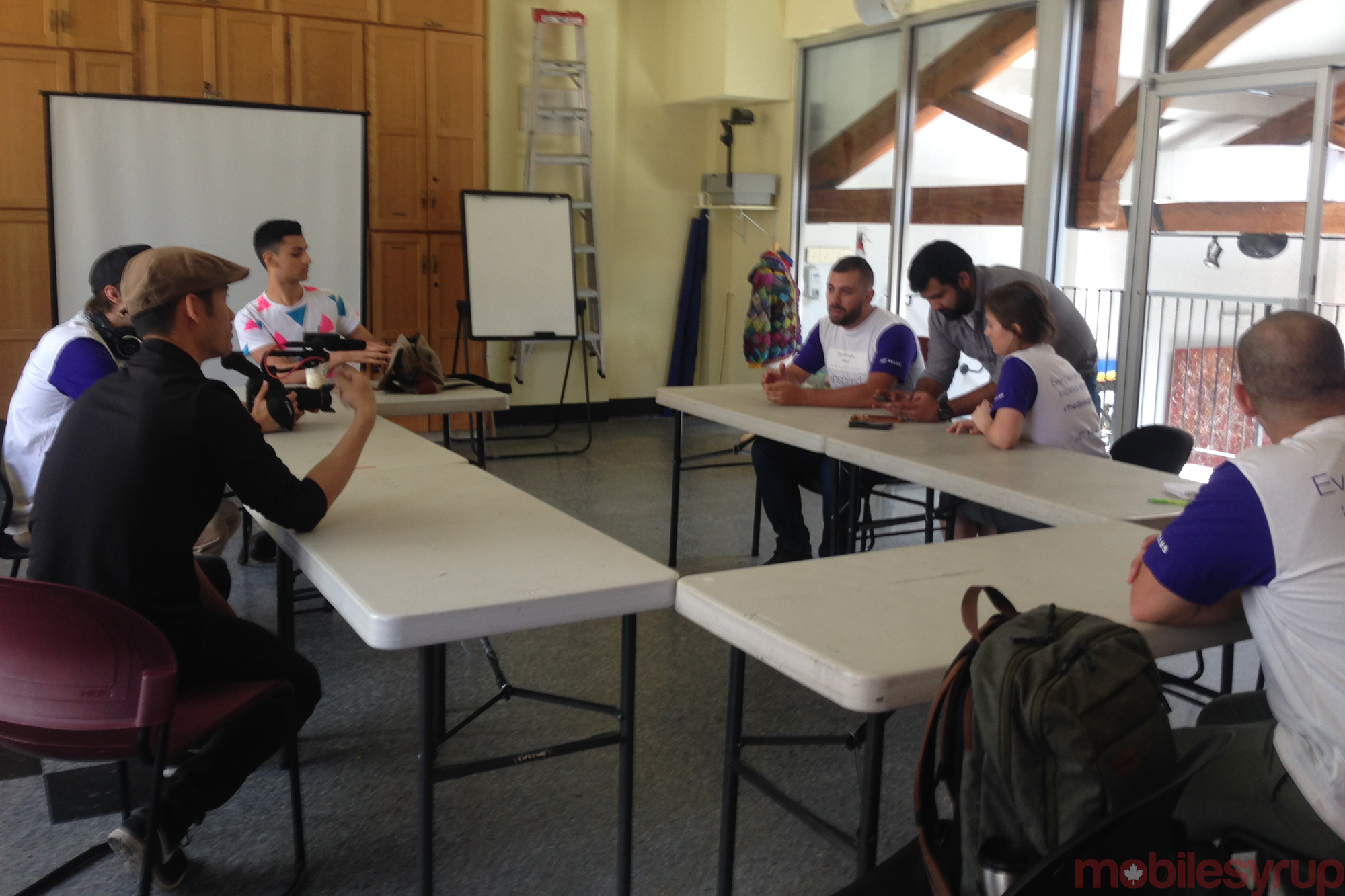 “We live in such a technology driven world that everyone should have exposure to electronics in some way. I am completely self-employed and technology is my main source of livelihood. It’s enabled me to live the way I live.”

In addition to Watts, another Canadian YouTuber joined the effort yesterday by lending not only his brand, but his hands. Isaac Mosna, who runs the YouTube channel Canoopsy that’s generated over 33 thousand subscribers, has had a working partnership with Telus for roughly the last year. Since then, his audience has grown exponentially.

“There’s such a big community in Toronto. I’ve heard a lot about Telus giving and it’s kind of inspiring,” said Mosna. He went on to say that access to technology is an important factor in youth success.

“I think when people have access to technology they can do really amazing things. There’s so many people without internet but they may have so many different ideas to share with the world.” 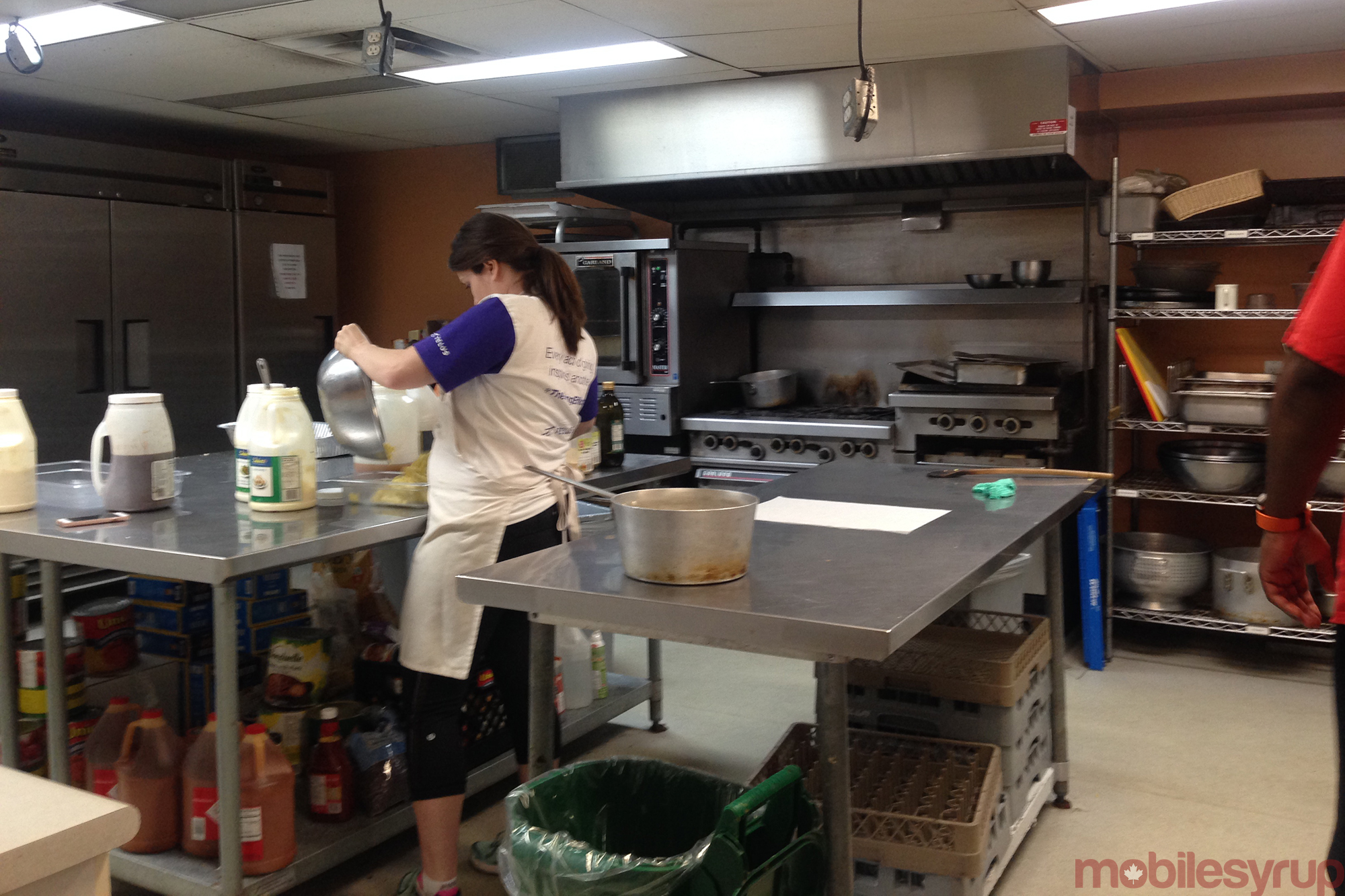 He’s grateful to Telus for their role in building his brand, and lending a hand to The Giving Effect is his way of giving back.

According to a statement sent to MobileSyrup, “a handful of fans trickled into the Telus building to drop off older electronics.”

Several YouTubers showed up to promote the electronics donations portion of the day including Karl Konrad, Corey Vidal as well as MobileSyrup contributor Matt Moniz. While the donations weren’t what they’d hoped, Telus will still be donating the drop-offs and an undisclosed monetary sum to the Sky’s the Limit charity, based in Toronto.

YouTube to stop emailing subscribers about new videos on August 13