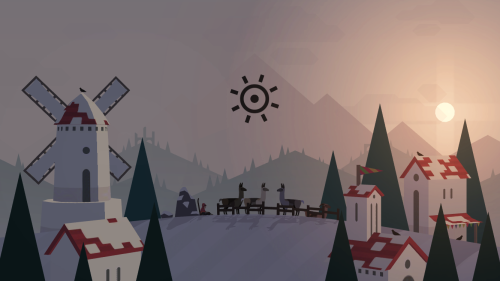 Update 06/09/16: Zen Mode is now available in the Android version of Alto’s Adventure. between June 9th and the 23rd, Android players can earn two times the in-game coins, with the potential to hit a four times coin doubler.

Toronto-based Snowman’s Alto’s Adventure already offers players a relaxing mobile gaming experience, but thanks to a new “Zen Mode,” one of the best mobile titles on Android and iOS is about to get significantly more calming.

Zen mode removes scores from Alto’s Adventure and allows players to continue collecting llamas even after crashing, leaving pure enjoyment as the only task left to complete. This removes the pressure that stems from attempting to complete the game’s various goals and nailing that coveted triple backflip.

Along with the inability to permanently crash, this new mode also features a more relaxing soundtrack and a photo taking tool that lets players zoom in a snap screenshots of the games beautiful scenery.

The update is set to release on June 2nd for all iOS users. Harry Nesbitt, the game’s lead developer, as well as Ryan Cash, Snowman’s founder, say that the update will also make its way to Android “soon.”

Alto’s Adventure is available on iOS and Android.