Netflix Zone recreates a nostalgic trip to Blockbuster in VR 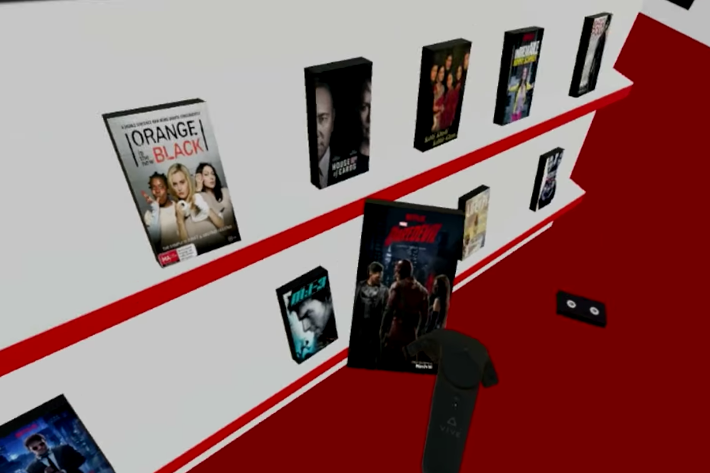 While Netflix has been somewhat reluctant to embrace virtual reality, the streaming platform has found an interesting way to merge old and new media together through an experiment the company calls Netflix Zone.

Coming out of Netflix’s most recent hack day, three employees at the streaming company built a platform that allows viewers to look around a virtual room full of Netflix categories.

Users are then able to take advantage of the HTC Vive’s motion controllers to pick up VHS tapes and DVD boxes, in order to turn on a screen attached to a virtual in-experience wall where the title then appears.

To confirm your selection and start watching the selected television show or series, users throw the box at the wall. Yes, you actually throw a virtual VHS tape and a virtual wall.

While this experience is far from marketable, it throws back to a time when watching a movie actually required you to go to a video store, likely a Blockbuster video or other rental store, and then slide physical media into a player.