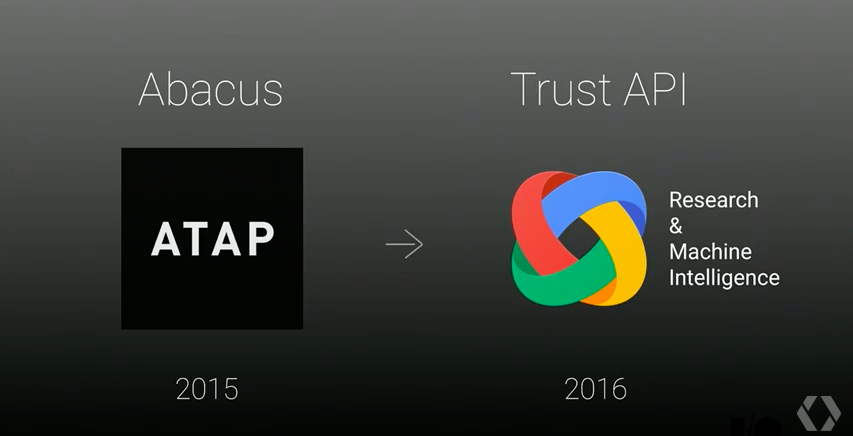 If you own an electronic device, it’s almost positively password protected.

Over the years, the mechanisms for security-proofing our devices have evolved and expanded from a simple four-digit number, a longer phrase or word, to a pattern, a fingerprint, or even a scan of your face.

However, Google recently announced its intention to do away with passwords altogether, but that doesn’t mean open season on every password-protected device you own.

In an on-the-down-low press conference during Google I/O, the tech giant provided an update on the progress of Project Abacus, a system that depends on a combination of biometrics to protect users.

Daniel Kaufman, the head of Google’s Advanced Technology and Projects (ATAP) units, announced that users may soon be able to login to devices based on a “cumulative ‘Trust Score.'”

This trust score would be calculated by a variety of factors including typing patterns, current location, facial recognition, speed and voice patterns, etc.

Smart Lock offers several security options to users, including allowing them to unlock their device while in a trusted location, have a Bluetooth device connected, while they’re carrying their device, or when it recognizes their face. Smart Lock Passwords, on the other hand, automatically saved passwords to websites and accounts to then auto-fill them on a user’s next visit.

Project Abacus, however, works behind the scenes to collect data about users which eventually forms its Trust Score. A Trust Score is, therefore, a level of confidence that you are who you say you are. If a user’s trust score isn’t high enough, apps could revert back to asking for passwords.

ATAP has also previously announced that certain apps could require different levels of confidence. TechCrunch uses the example of a bank app requiring a higher confidence level than a mobile game.

“We have a phone, and these phones have all these sensors in them. Why couldn’t it just know who I was, so I don’t need a password? I should just be able to work,” said Kaufman.

He went on to say that since the introduction of the program at last year’s Google I/O, the company’s engineers and machine intelligence personnel have turned Project Abacus into Trust API, which several large unnamed financial institutions will begin testing in June.

Google announced last year that Project Abacus was being tested in 33 universities across 28 states and will likely be available by the end of this year.