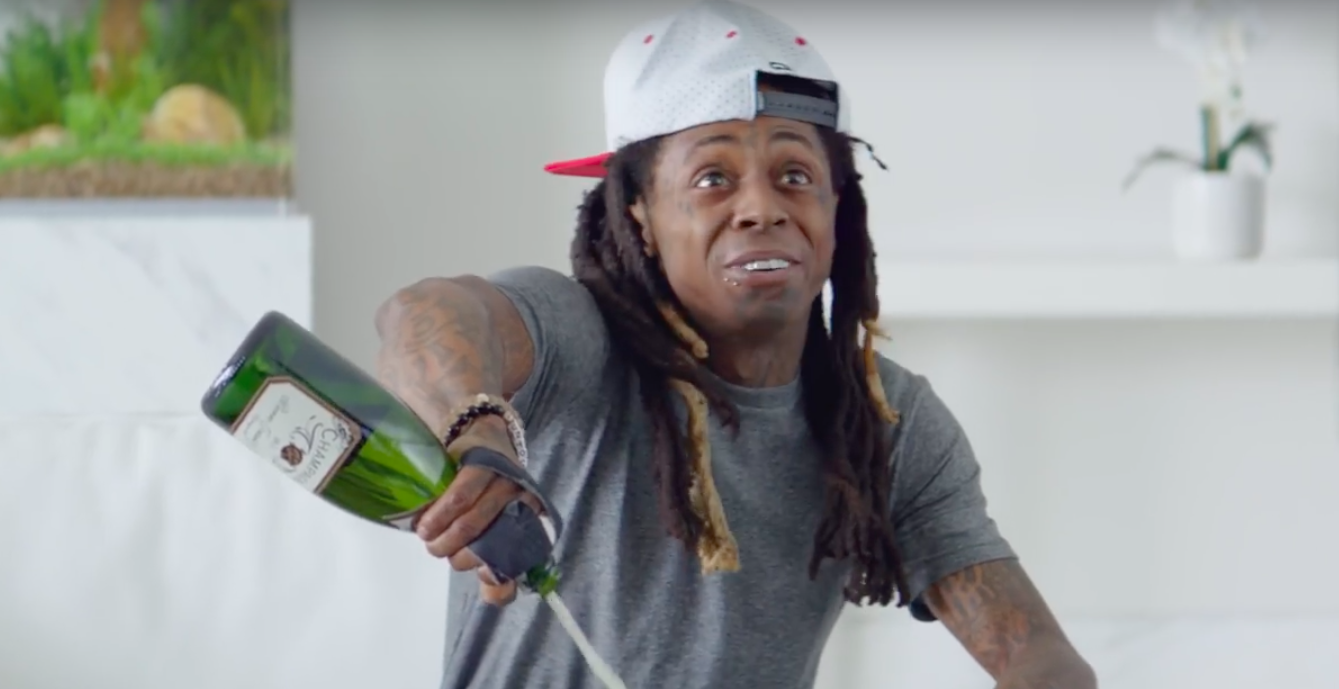 When it comes to selling smartphones, celebrity endorsements are a tricky proposition. Take HTC, for example. The company likely spent a significant amount of money in 2015 to hire Robert Downey Jr to promote the launch of the One M9. Like so many things related to the M9, those commercials were more or less a complete dud.

The latest smartphone maker to hire a celebrity to promote its new phones is Samsung. Surprisingly, the result is a set of commercials that are actually pretty good. Not laugh out loud funny maybe, but definitely clever.

The Korean company tapped Lil Wayne, as well as Wesley Snipes, to star in a number of ads devoted to the recently released Galaxy S7 and S7 edge. In the first spot, titled “Champagne Calls”, the rapper pours sparkly on his new S7 and boasts to his buddies that their phones can’t survive the same punishment. Of course, if you watch the video carefully, you’ll notice it says “do not attempt.” Still, the ad gets the point across well enough: the S7 and S7 edge can survive accidentally spills.

The company has so far released there commercial featuring Lil Wayne, as well as a set of ads that focus more on the functional aspects of the phone, mainly its impressive lowlight camera performance and curved form factor. My personal favourite is the one titled “The Dark,” which highlight’s the S7 superb camera.

Check out the rest of the ads on Samsung’s YouTube channel.

What do you think of the commercials? Tell us in the comments.