HTC 10 leaks once again, this time turned on

Two new images show off the front and back of the HTC 10, specifically the black-and-silver model, and clearly shown is the home button, which is tipped to also act as a fingerprint scanner, in between capacitive back and recent apps buttons. 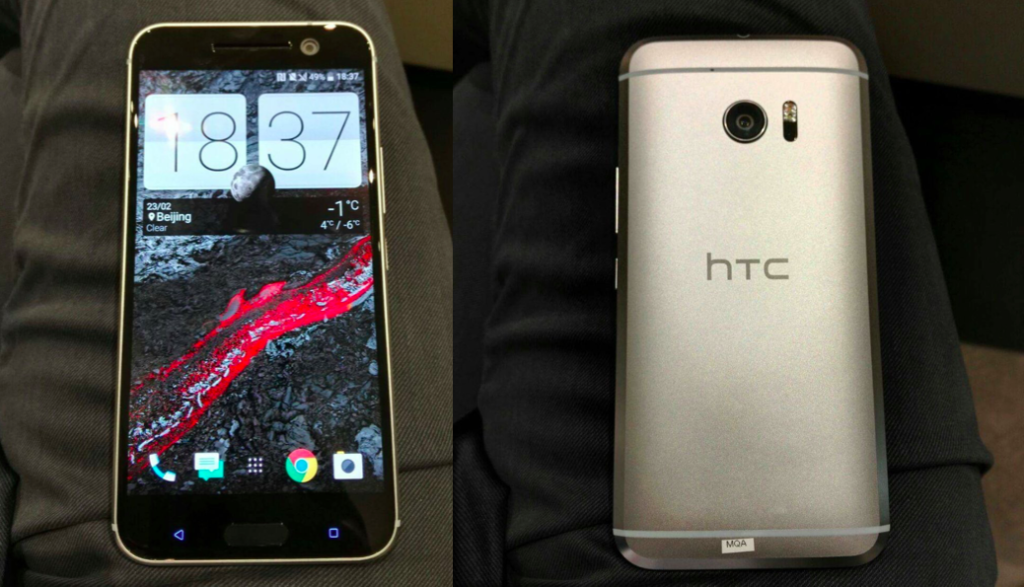