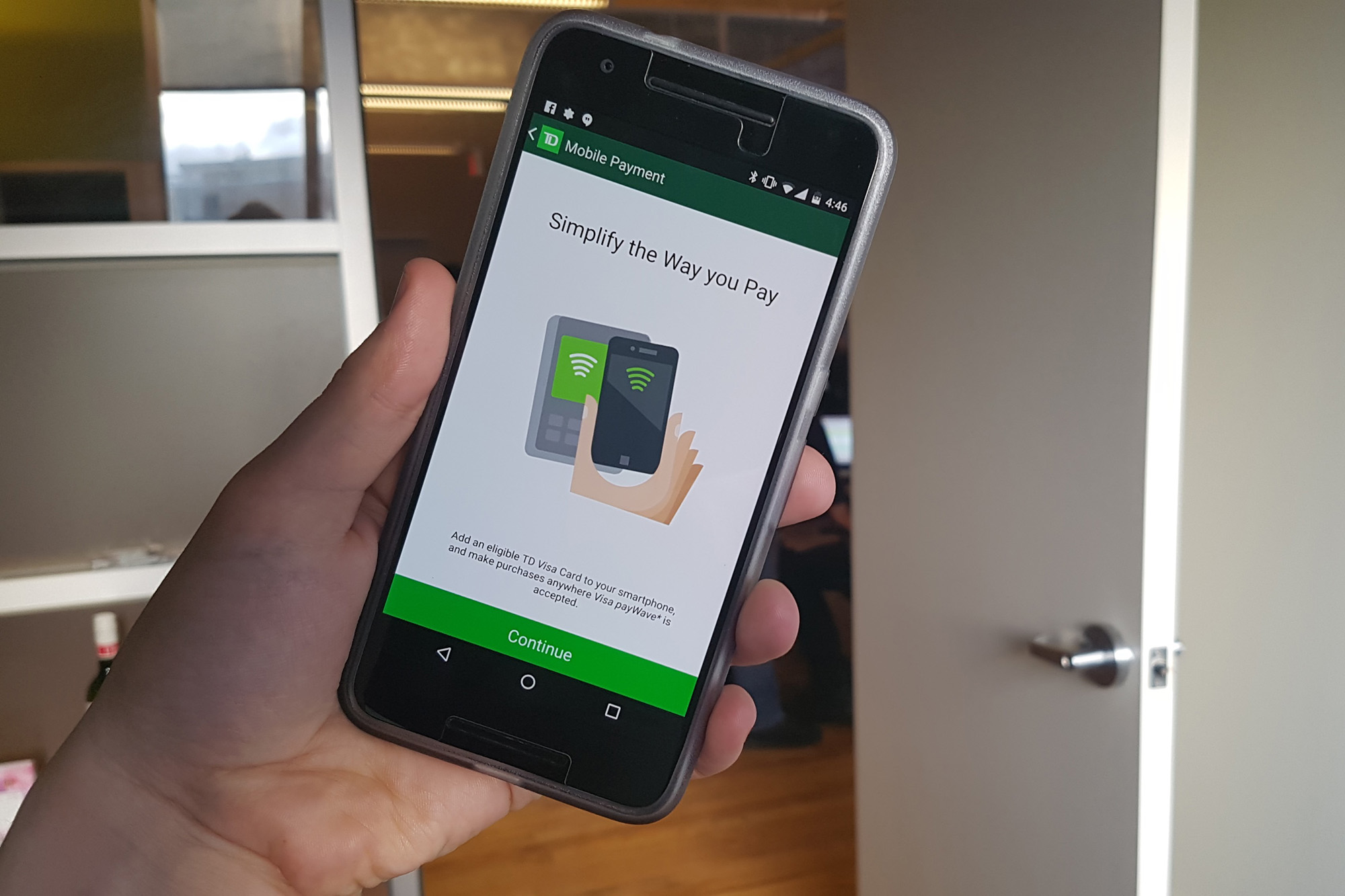 Beating the likes of Apple and Samsung to the punch, TD Canada Trust has launched its own mobile payments solution that supports Visa credit cards in Canada.

Starting today, TD Canada Trust customers can download the updated TD Bank app, available on Android phones running 4.4 and above, add their TD Canada Trust-issued Visa card to the app and begin tapping at point of sales terminals across the country in order to pay for goods and services with their mobile device.

Unlike solutions like UGO or Suretap, the updated TD app takes advantage of Host Card Emulation (HCE), obviating the need for smartphone owners to go to their carrier and get a NFC SIM Card. This also means TD’s solution works on almost any Android phone (as long as it’s 4.4 and above), and on any Canadian wireless network. Previously, the bank’s mobile payments solution required a NFC SIM. As several readers have noted, TD Canada Trust isn’t the first bank to implement this type of functionality inside of its app, the RBC Wallet for Android has had similar functionality for a number of months.

In any case, there are a couple of restrictions to note with TD’s payments solution. The first is that users obviously need to own a smartphone that has a NFC chip. The second, and potential deal breaker for some, is that TD Canada Trust notes some merchants may enforce a $100 limit on purchases made with the app.

“The adoption of Visa’s tokenization solution allows us to deliver a faster, simpler, and more accessible mobile payments experience, backed by a secure technology developed by a global leader in payments,” said Rizwan Khalfan, TD’s chief digital officer, in a statement issued to MobileSyrup.

Download the TD Bank app from the Google Play Store.

Just last week, IDC published a report that said mobile payment technology won’t gain wide adoption in Canada until sometime before the end of the decade. Since that report came out, a lot of mobile payment-related news has come out. Most notably, according to an unverified internal document obtained by MacRumors, Apple Pay plans to support MasterCard in Canada by the end of 2016.

Update: the updated app is now live on the Play Store.