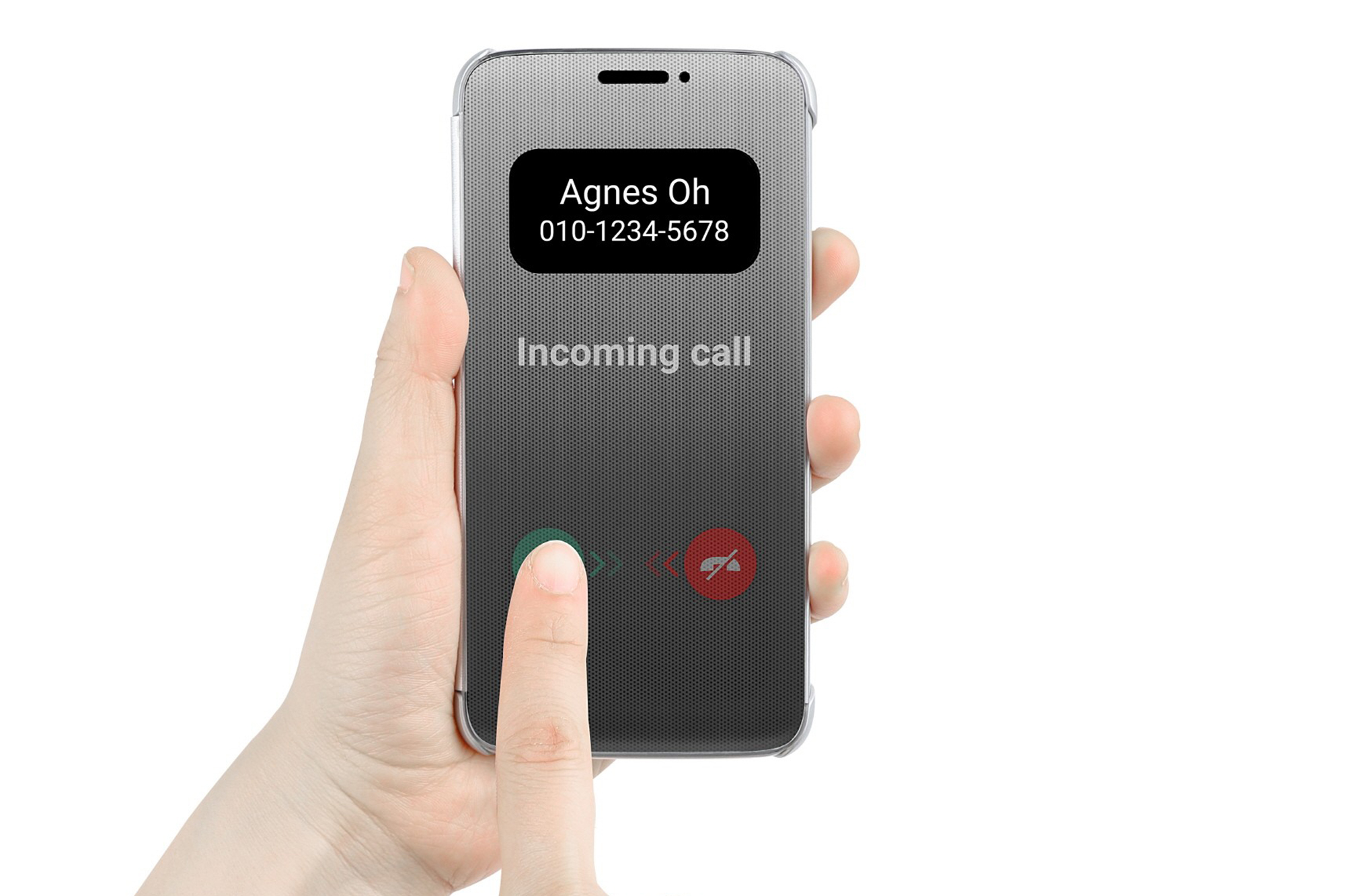 The G5, LG’s still unannounced follow-up to the G4, continues to tease with technical specification, features and accessory leaks.

The latest is the LG Quick Cover for the G5, which still hasn’t been officially revealed by the company. LG says it’s proud, however, to announce “the existence of the accessory before the actual product.”

Following similar versions of the Quick Cover case for the G3 and G4, this accessory gives users the ability to access phone calls, play games, and control alarm settings directly from the case itself. In addition, basic capabilities like checking the time, date and viewing notifications, is also possible with the case as well.

The LG G5 quick cover listing also gives us an impression of what the upcoming smartphone might look like. The G5 will apparently incorporate a glossy metallic finish, which is a significant upgrade from the G4’s plastic body.

LG is set to unveil the G5 on February 21st in Barcelona at Mobile World Congress. The new flagship will reportedly features a 5.3-inch 1440 x 2560 “Always On” display. The phone is also expected to include the secondary ticker display that was first released in LG’s V10 smartphone, and will feature a 16 megapixel dual-lens camera.