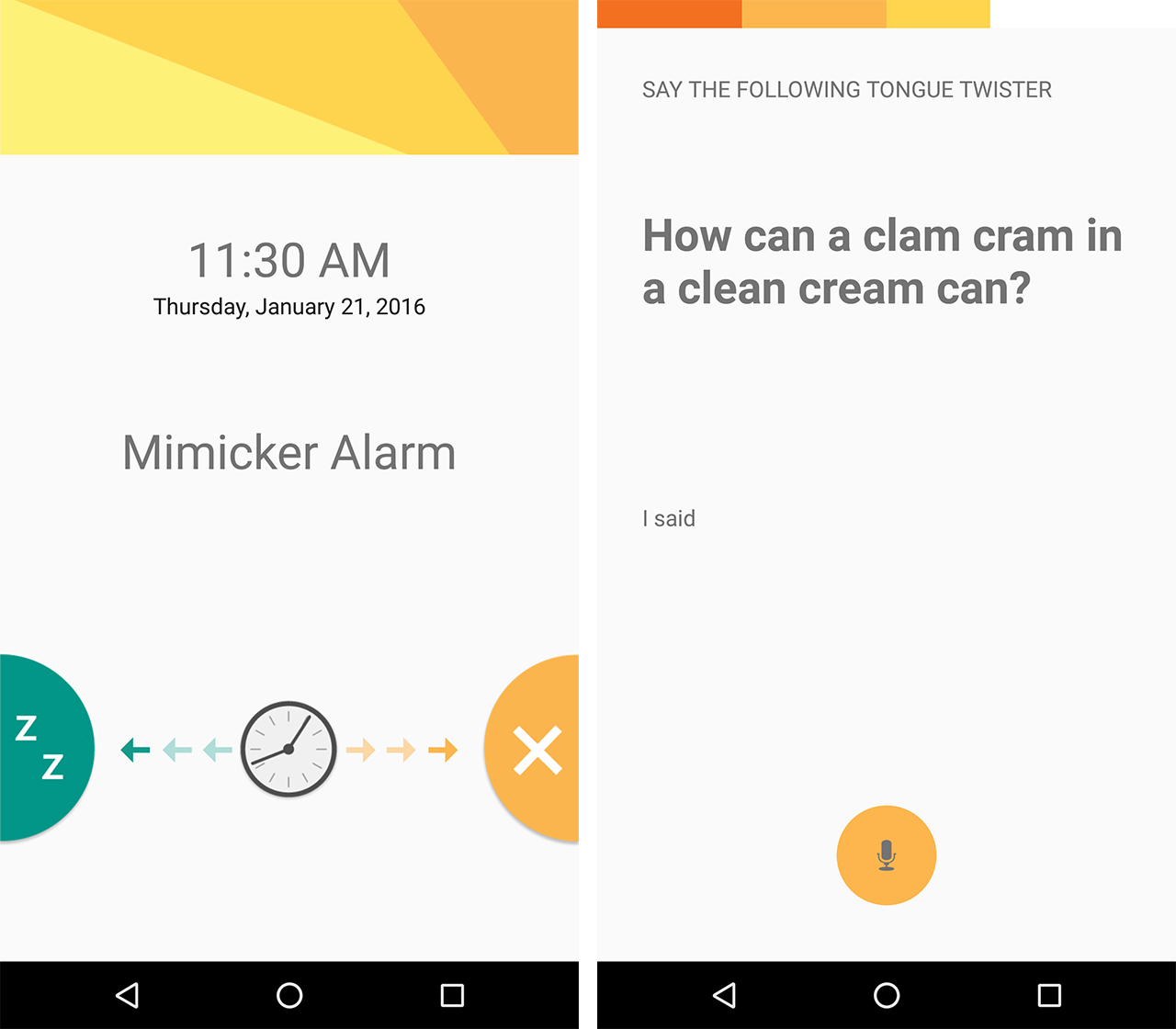 Microsoft is not the same company it was a few years ago.

Over the last few months, the Redmond-based giant has experimented with apps that guess people’s ages, and more recently, even their emotions. Now, the software and hardware maker has released a new Android app designed to show off another example of the company’s experimental technology, this time in partnership with Project Oxford’s machine learning technology.

Microsoft’s Mimicker Alarm is unlike any other alarm application on Android. Instead of waking you up with the calming sounds of birds chirping, a gradual light, or a standard buzzer, Microsoft has more complicated, nefarious plans.

Mimicker Alarm turns the normal act of waking up in the morning into a game. Microsoft’s Android alarm app asks users to take a selfie that emits a particular emotion, hunt down an object that matches a colour, or repeat a silly phrase like, “how much wood could a woodchuck chuck if a woodchuck could chuck wood?”

“We’re a lot nicer than other alarms,” says Allison Light, a program manager on the team that develops apps for Project Oxford. “You start with dismiss or snooze. If you snooze, the default is five minutes to delay the game. If you dismiss, we mute the alarm – but then you have 30 seconds to complete this challenge. And if you don’t complete that game in time, we assume you’ve fallen back asleep and then the alarm will start ringing again. You only need to complete one game to shut off the alarm. You can choose the sounds and which games you want to play.”

Once an alarm goes off, users have 30 seconds to complete a game. Games and sounds can reportedly be pre-selected.

Microsoft’s Mimicker Alarm is available on the Google Play Store.