BlackBerry’s second Android phone will still be ‘high-end,’ cheaper than the Priv 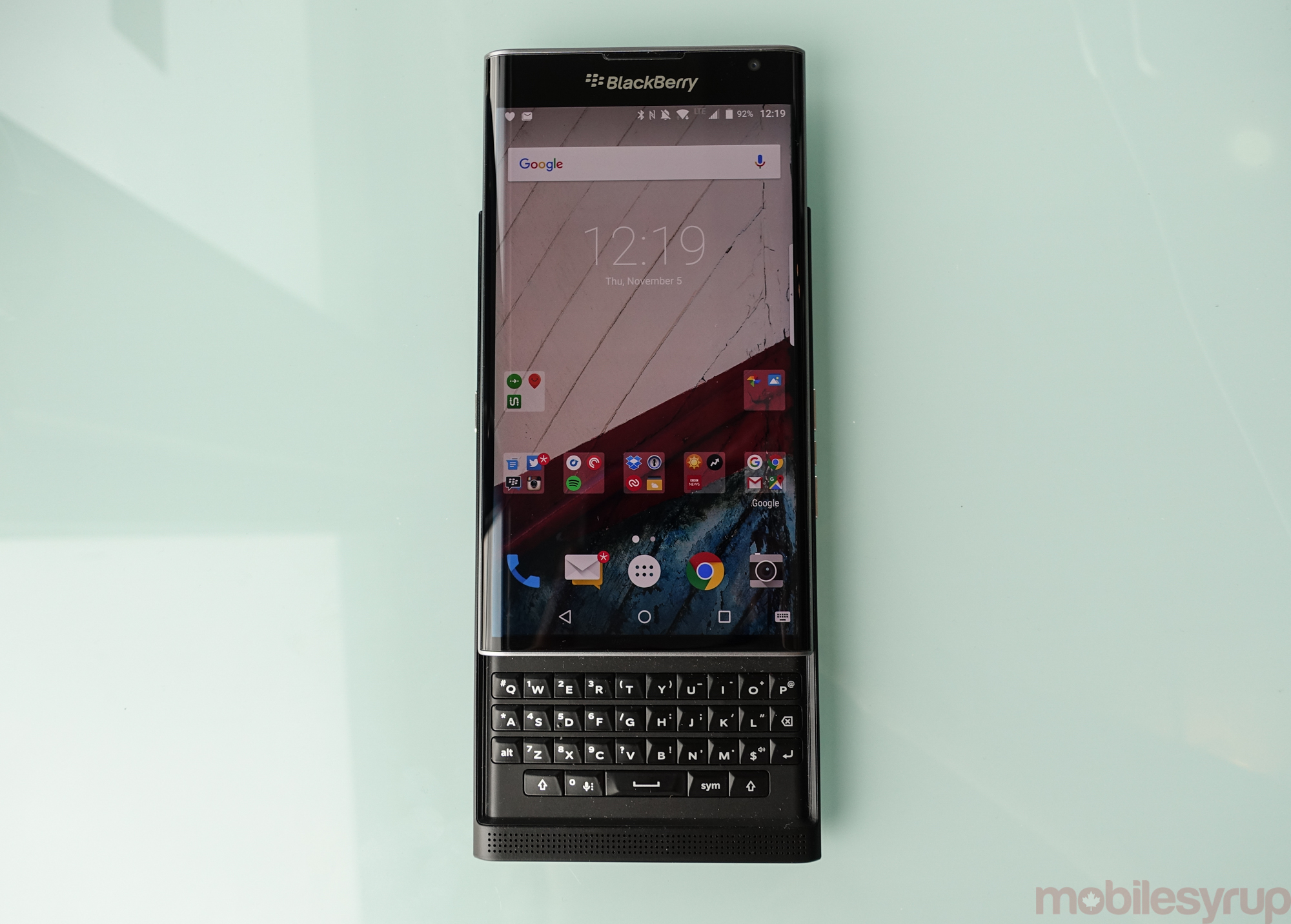 Depending on the success of its first Android device, the Priv, BlackBerry will decide whether to release a second Android phone sometime in mid-2016.

Speaking to Bloomberg’s Emily Chang after the company’s earnings report in Waterloo, CEO John Chen talked about how the market, and users, have taken to the Priv. “The response has been encouraging,” he noted. “We are planning to roll out to 31 countries over the next three months, [but] I’m not looking at volume, I’m looking at margin,” he continued, focusing on the Priv’s higher price compared to its BlackBerry 10 counterparts.

Chen said that he would wait to see how the Priv performs before deciding on whether to bring out another Android phone.

“It depends on the Priv. The next three or four months will tell us whether this is a good strategy,” he said. “If it’s well received in the market, and there’s a good chance of that, we will still focus on the high-end, probably closer to the mid-range, coming out… in 2016.”

Chen also talked about QNX’s encroachment into the self-driving car space, noting that he would “love to extend our relationship with Google… and we’d love to work with Tesla, too.” He said that BlackBerry, through QNX, is “very much involved in the car industry, and our software is currently in 60 million cars.” It would be an “obvious” fit for BlackBerry to move into the self-driving car space, and mentioned that some announcements to that effect would happen at CES in January.

The CEO concluded by saying that BlackBerry is making “positive progress” towards a permanent turnaround, and that a profitable quarter is certainly in the cards over the next six months or so.