Clearing up confusion about wireless charging on the BlackBerry Priv [Updated] 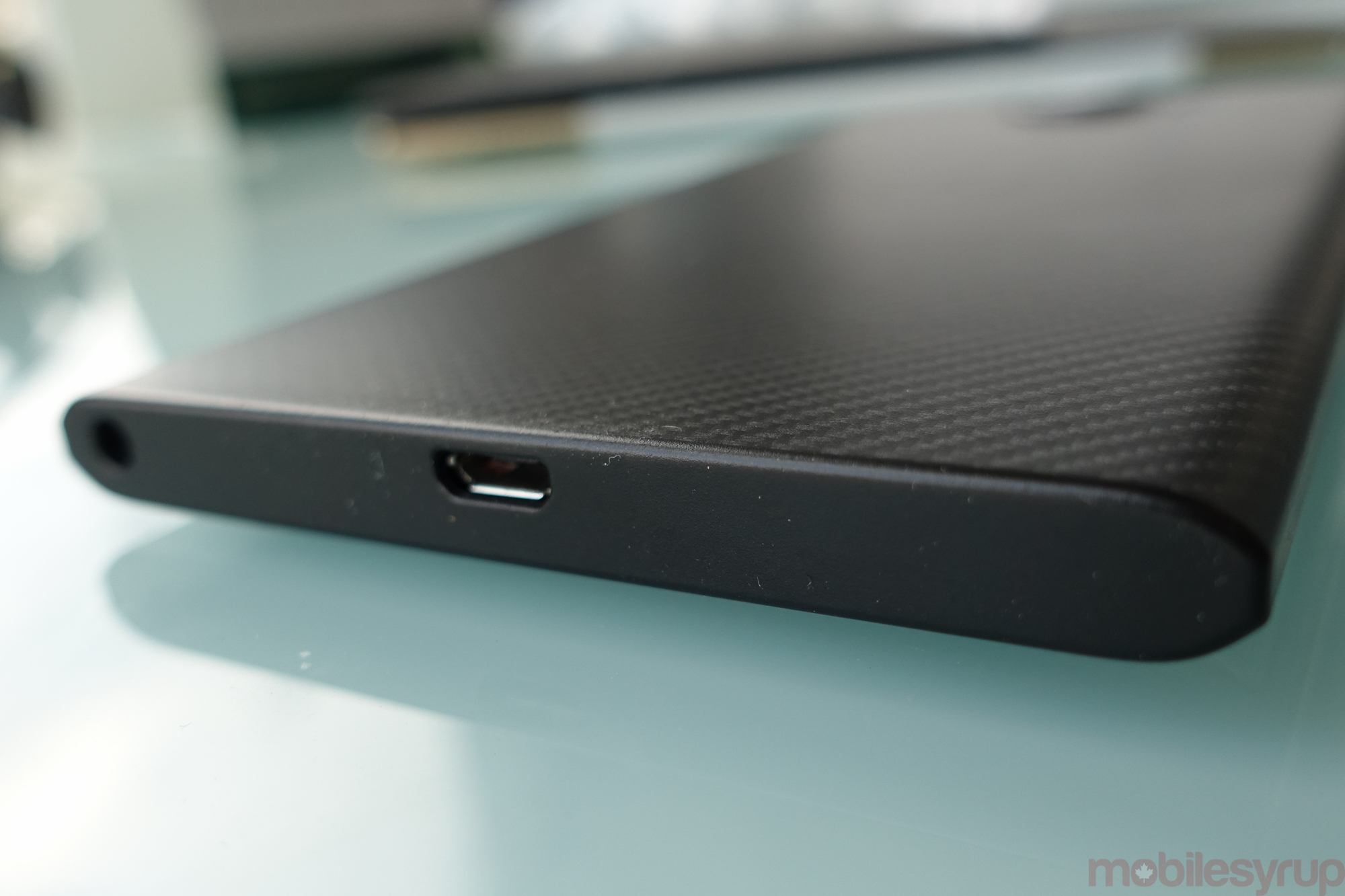 Update: Earlier this evening, we received word from a BlackBerry PR representative correcting an earlier statement issued to us about the Canadian STV100-1 model:

“All PRIV devices purchased from ShopBlackBerry support wireless charging, regardless of whether they’re purchased from Canada or the U.S. (the STV100-1 variant). The site will be updated shortly with this information.”

Our original source was a representative from BlackBerry’s internal support team, who appears to have been given incorrect information about the unlocked variant sold from ShopBlackBerry.

The good news is that if you order a BlackBerry Priv from ShopBlackBerry in either Canada or the US, you will have Qi and PMA wireless charging. If you purchase it from a Canadian carrier, you will not.

We’re sorry for the confusion.

We just published our review of the BlackBerry Priv (tl;dr, it’s pretty great!), but one thing we omitted was mention of wireless charging. That’s because our review unit, the same model sold by Canadian carriers like Rogers, Bell and Telus, doesn’t include wireless charging.

But you’ve heard that the Priv does in fact support wireless charging. So who’s wrong?

The answer lies in how BlackBerry is selling the Priv in Canada. As with most of its phones, there are two distribution channels, the carriers and its own Ecommerce portal, ShopBlackBerry.com.

The model sold through the carriers is STV100-3, which is the device you saw detailed in my review. The model sold unlocked through ShopBlackBerry is the STV100-1, which is identical save for one thing: the addition of wireless charging.

According to the company’s listing on its US ShopBlackBerry page, model STV100-1, the Priv lists “Dual mode Wireless Charging capable for Powermat (PMA) and Qi” under the Power Adapter category. On the Canadian ShopBlackBerry listing, that same model number omits any mention of wireless charging, though it does mention it is compatible with Quick Charge 2.0, Qualcomm’s Fast Charge solution for smartphones.

So what gives? We reached out to BlackBerry for clarification, and received this response:

So there you have it. If you want a BlackBerry Priv with wireless charging, befriend an American and get him or her to order it. With the wireless bands being the same, the US-sold STV100-1 will work on any Canadian LTE network. 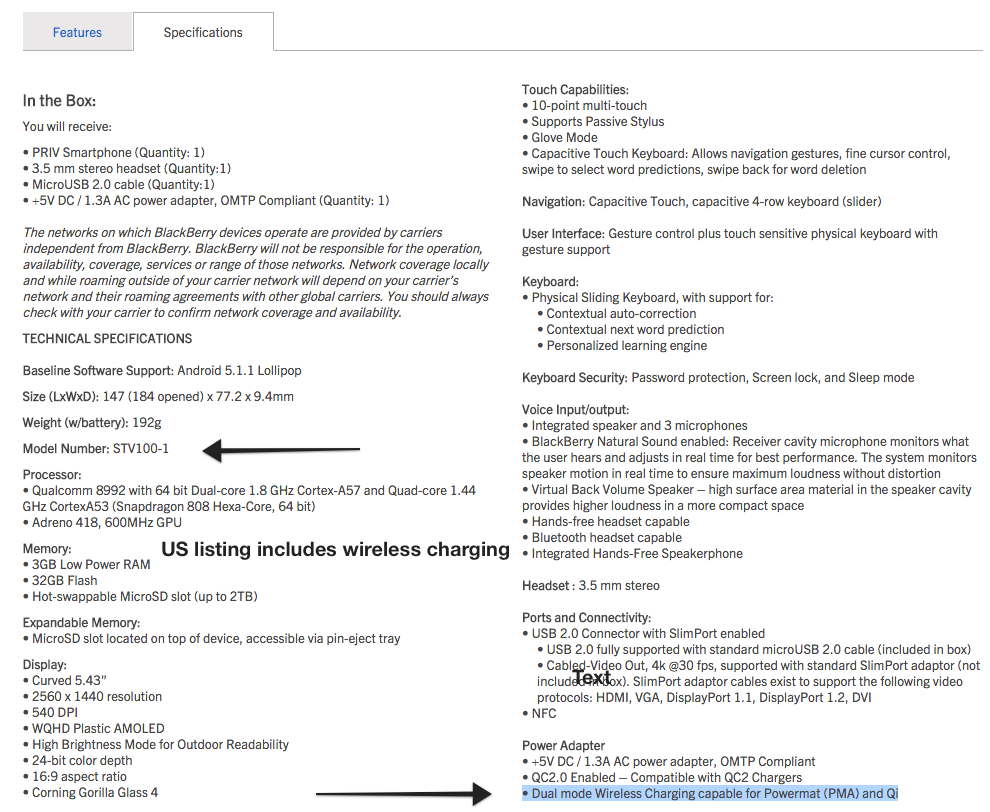 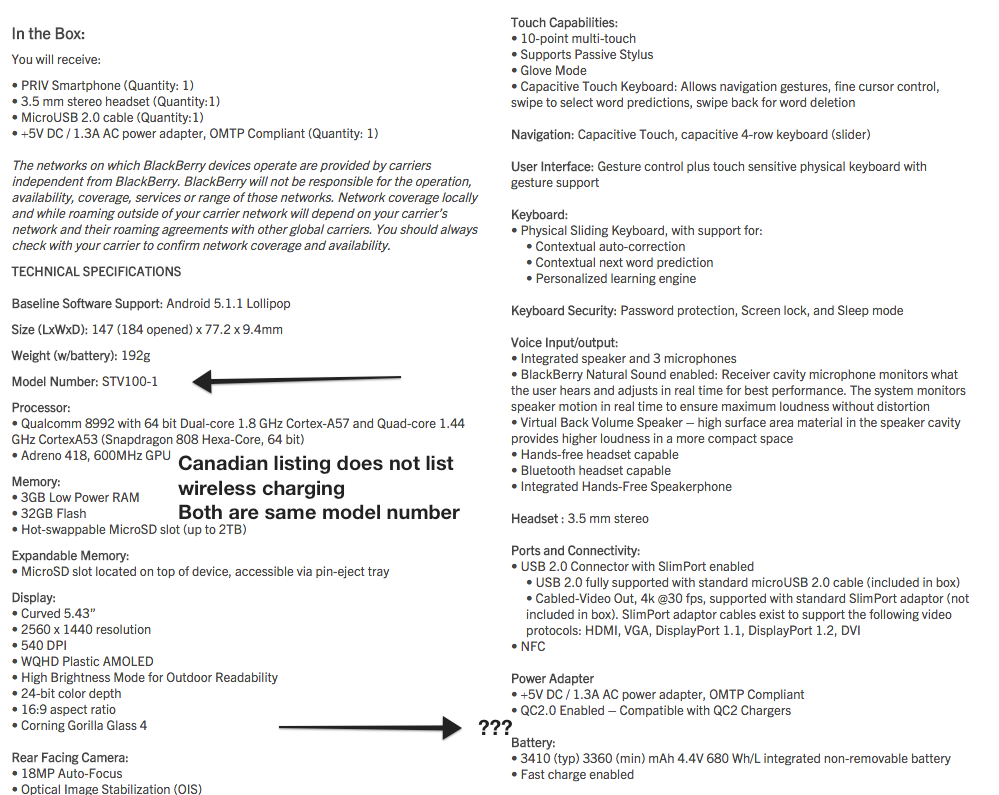