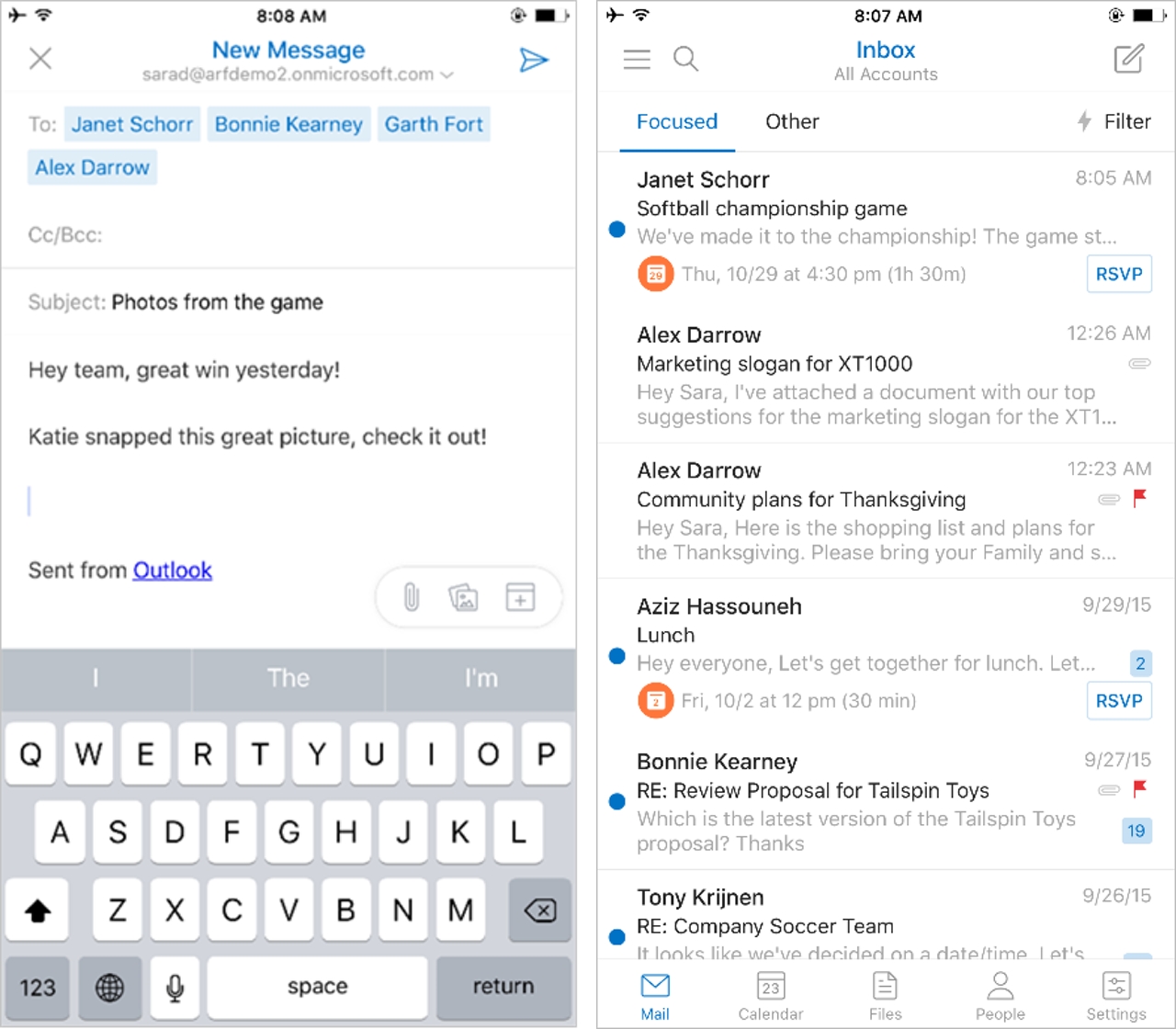 Less than a year after launching a redesigned version of its Outlook mobile app, Microsoft and Accompli, the startup the company purchased to help revamp Outlook, are back with a more polished version the popular email client.

Launching on iOS today, and coming this November to Android, the update apps features a new look that takes advantage of Apple’s San Francisco font, as well as native Apple Watch support.

The redesign adds a couple of small touches that the company says improve the overall experience of the app. For instance, in the main mail interface there’s now the option to respond directly to an event invitation. Incidentally, these type of small touches permeate throughout the redesign, which can be seen in how the “flag” and “attachment” icons have been reworked to be more prominent in how they’re displayed. 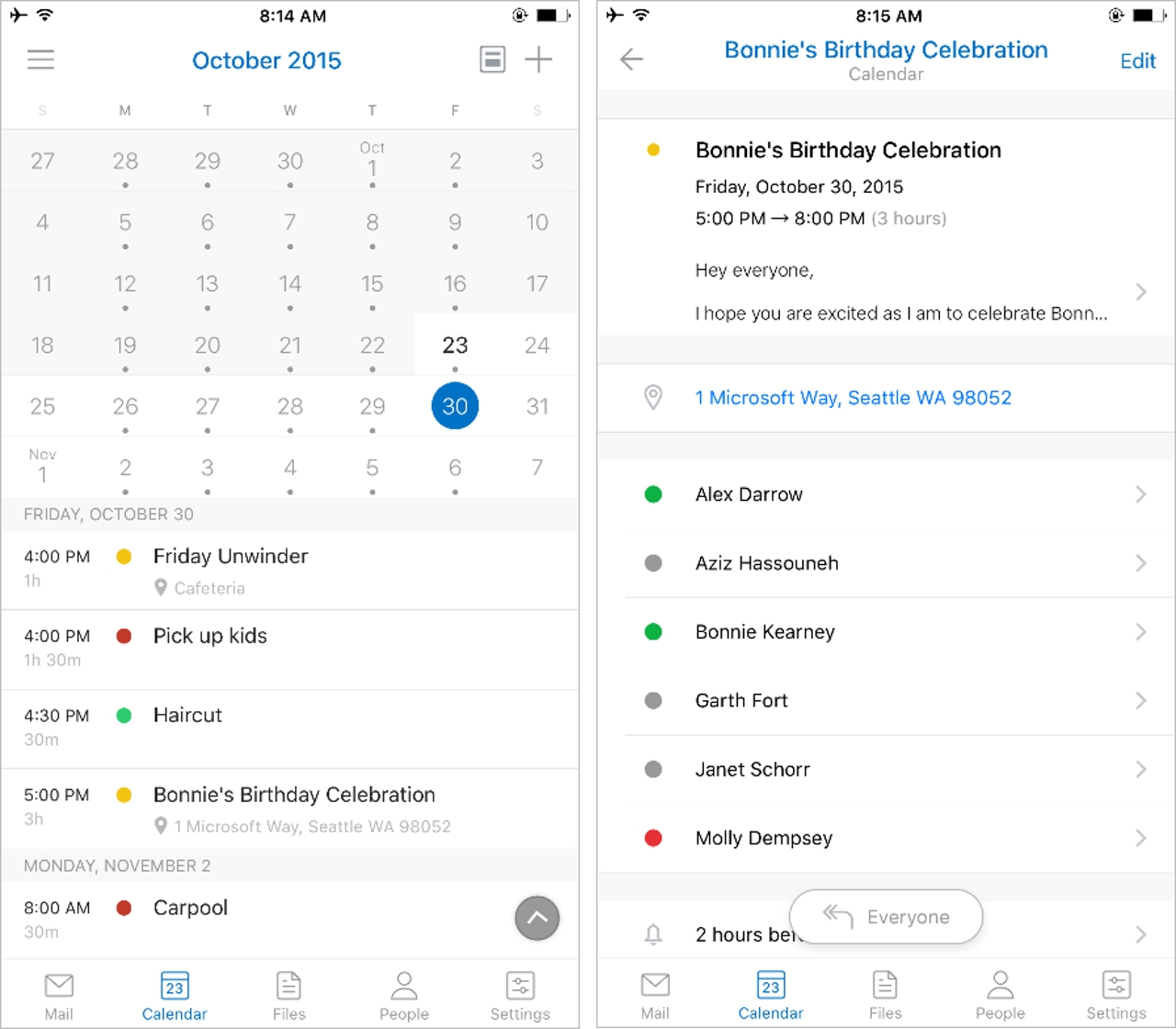 The main compose screen has also gotten its share of small improvements. Anyone that sends a lot of photos alongside their emails will appreciate the reworked attachment options, which have been simplified to include just three options—attach the latest taken photo, take a new to send or choose one from the photo library.

However, it’s the calendar portion of Outlook that received the most oversight. Microsoft specifically tasked the team behind Sunrise, the calendar app the company purchased back in February for $100 million, to rework the calendar view. Anyone that has used Sunrise in the past will be right at home here, but for everyone else, the new view does a much better job of displaying important information. 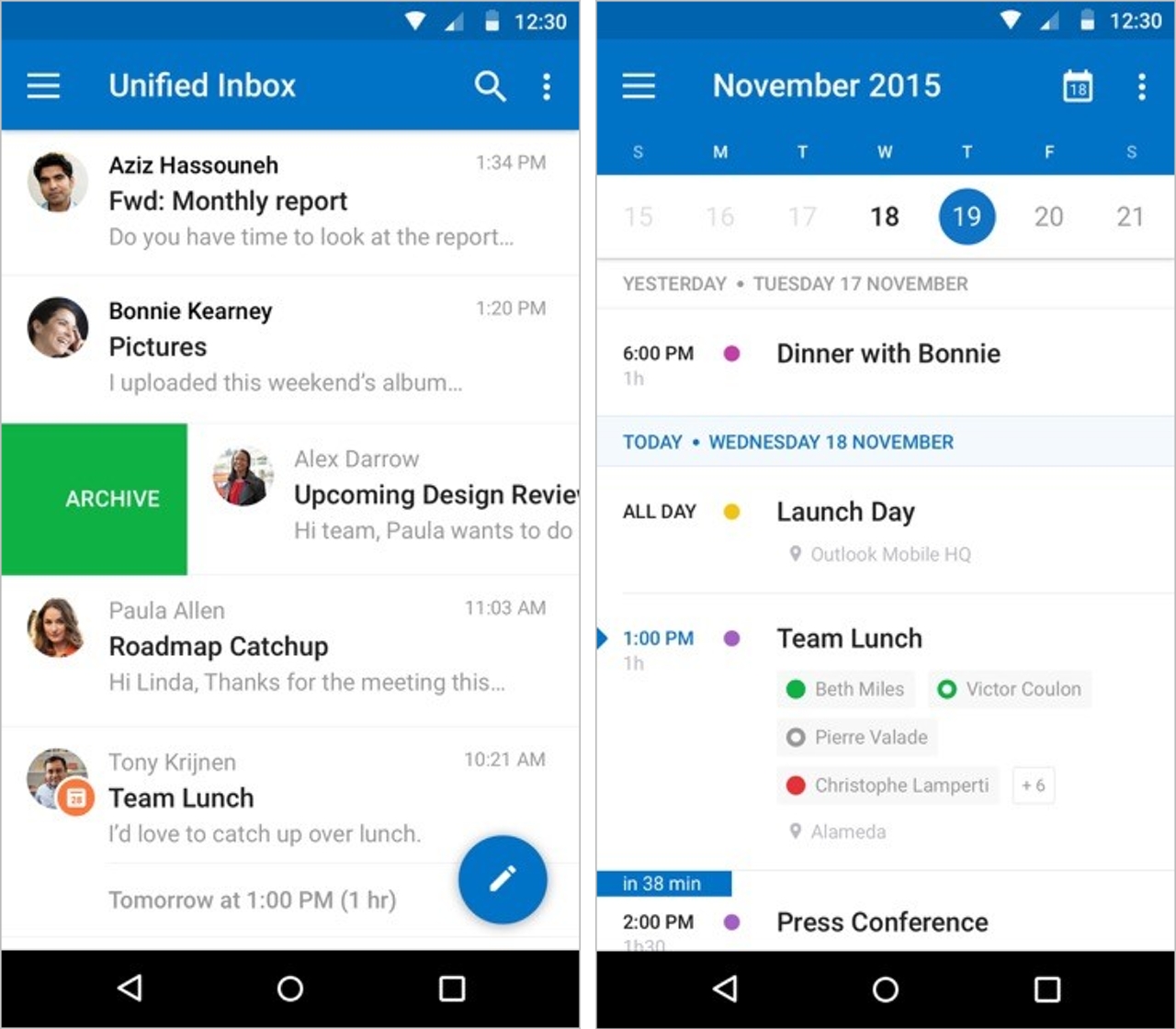 Incidentally, in a separate blog post, the Sunrise team announced that they are no longer working on updating their superlative calendar app. Moving forward, Sunrise-specific features will be integrated into Outlook, including the app’s signature three-day overview, and the team will focus all its efforts on improving Microsoft’s well-known email app.

It’s not a surprising announcement, but still something Sunrise fans are sure to meet with a bit of sadness.