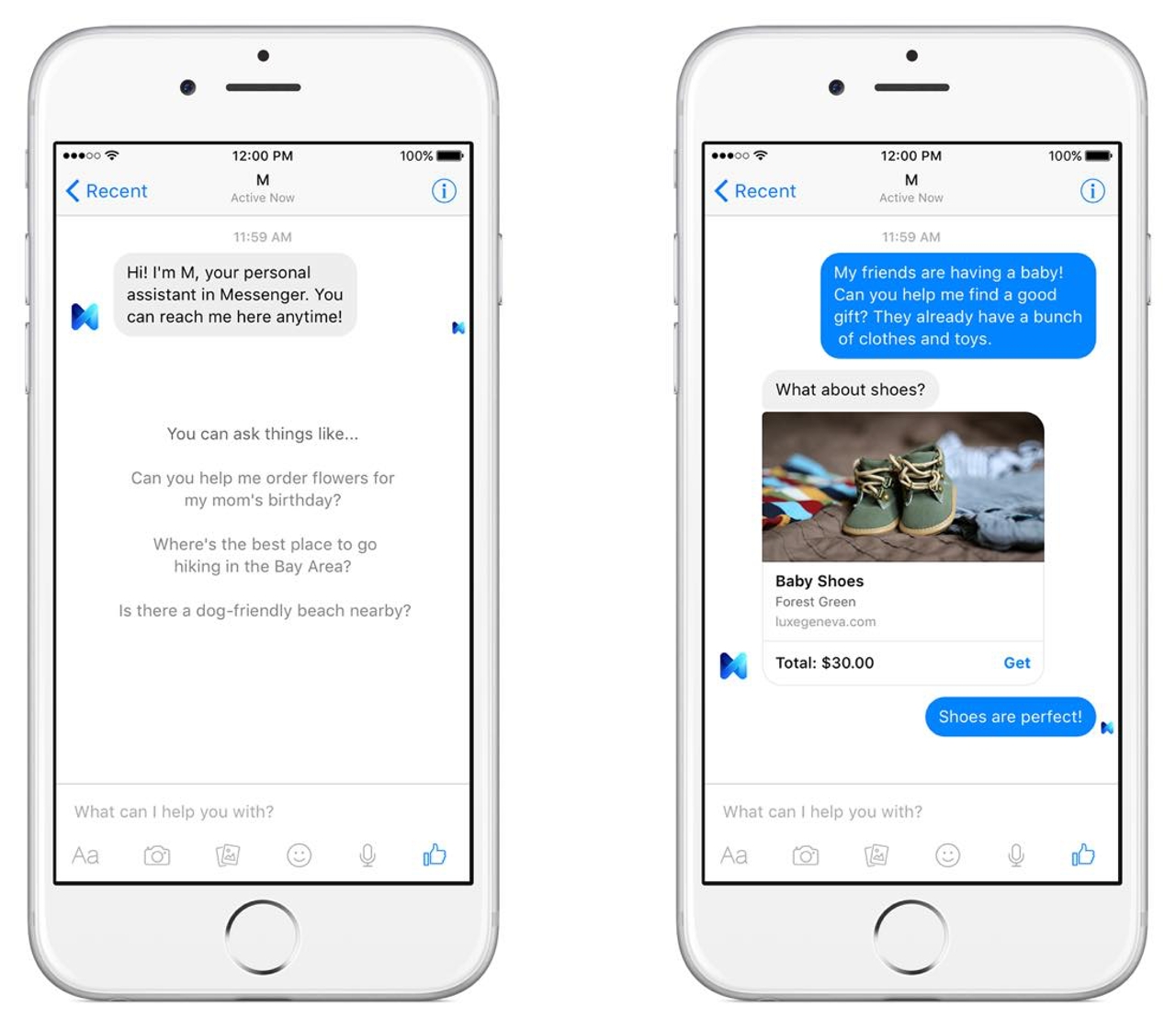 Like those two assistants, M aims to help fulfill a variety of requests for the user.

That catch is that there are a group of Facebook employees, called M Trainers, overseeing each and every query.

“It can perform tasks that none of the others can,” said David Marcus, the vice president of messaging products at Facebook, in an interview with Wired. “That’s because, in addition to using artificial intelligence to complete its tasks, M is powered by actual people.”

Practically, the service works like so much of Messenger. There’s a new button at the bottom of the app, which allows users to send a note to M. Once a message is received, Facebook’s software will parse the request and ask follow up questions. As it completes a request, M will provide updates, and one of the trainers is there to ensure that the request is completed. However, from the user’s perspective, they’ll never know if they’re interacting with a piece of software or a person.

Sometimes the human element and software will collaborate to complete a request. For instance, if a person asks for help planning a surprise birthday party for their friend, the software side of M could book an Uber ride for that friend while at the same time the trainer sends them a box of cupcakes from their favourite bakery.

M is currently in limited release with only Messenger users in San Francisco having access to the personal assistant. It will be interesting to see if Facebook is able to find a way to scale the service beyond the confines of Silicon Valley. Despite its well-deserved place of prominence within the tech world, Silicon Valley has given birth to products that have had little appeal outside of its affluent borders. It was only a little more than a year ago that Secret, the anonymous social network, shut down when it couldn’t gain traction outside of the Valley. This, despite the fact that it launched with much fan fare there and $35-million in startup capital.

However, if there’s a company that can make a service like this work, it’s Facebook. In his interview with Wired, Marcus told the publication that the plan is to give M’s machine learning algorithm time to study the requests people make of it. The hope is that this will not only help reduce the need for hiring huge numbers of trainers as the service grows and evolves, but will also make it so that the service can help any one of Messengers 700-million users and counting.