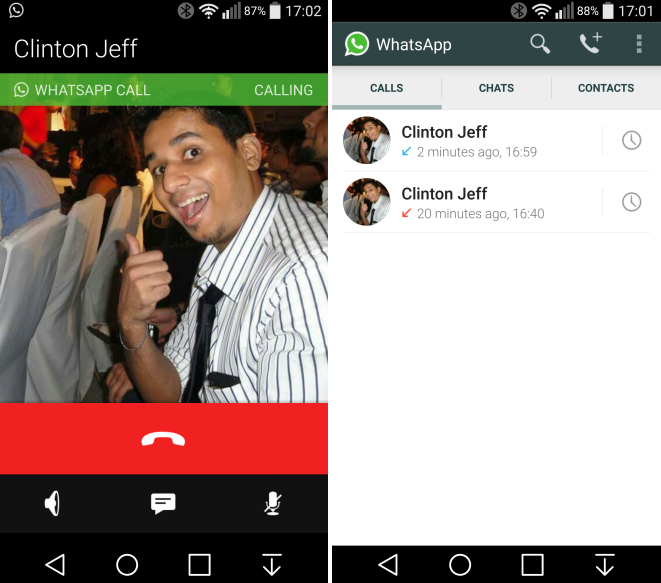 After teasing that it would add calling functionality to its app since the start of the year, WhatsApp has finally followed through on the promise.

Android users that update the app to version 2.12.19 will be call anyone on their WhatsApp contact list.

For the moment, the only way to get the update is to download it straight from WhatsApp’s website, which involves sideloading an APK to one’s phone (here’s a quick post on how to do that). For those with a little more patience, the update should be up on the Google Play store soon.

There’s no word yet on when the update will come to iOS, BlackBerry and Windows Phone devices.