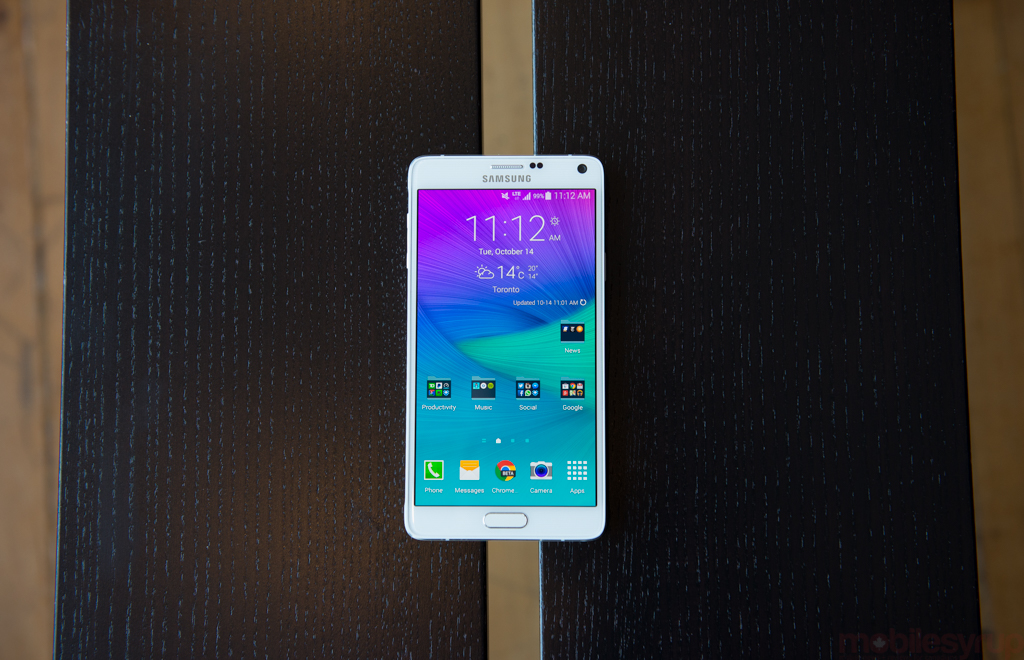 The Samsung Galaxy Note 4 has just past its five-month birthday, but the device still hasn’t been updated to Android 5.0 Lollipop.

The company’s former flagship, the Galaxy S5, was just updated to Android 5.0, but the same software is reportedly taking a bit longer to go through quality assurance for Samsung’s larger phablet.

According to a Bell representative, the company plans to update the Note 4 to Lollipop in early April.

@Oh_Miss_Vickies Hi Victoria, the Lollipop update for the Note 4 will be released by early April, stay tuned! ^NH

There’s no word on when the Note Edge will receive Lollipop, though it should be around the same time.