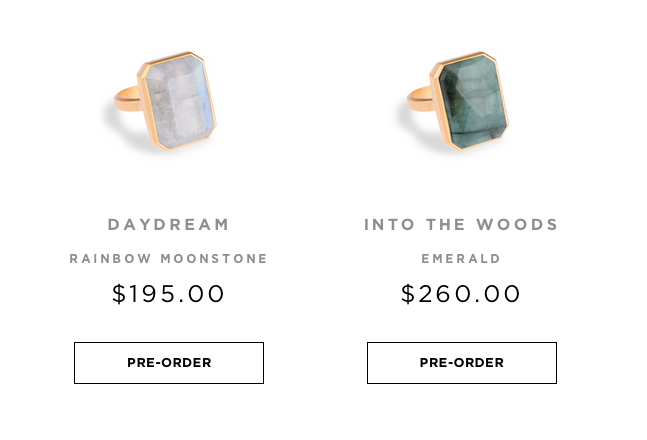 Ringly, the wearables company that marries technology and jewelry, has secured more than five million dollars in Series A funding.

The company announced the news in a blog post published this morning, confirming that the $5.1 million round of funding was led by Andreessen Horowitz and also includes participation from High Line Venture Partners, Silas Capital, PCH and others.

In today’s post, Ringly CEO Christina Mercando revealed that going forward, the company will be working to expand its collection and add new features while keeping the technology in its products “embedded and invisible.” Mercando stressed that as a fashion-first company, Ringly is about jewelry just as much as it is about technology, so keeping the technology hidden is of paramount importance.

Though Mercando didn’t elaborate on what the future of Ringly might hold beyond the promised expansion of features and its overall collection, it’s still early days for even Ringly’s first product.

The device is a smart ring (available in size 6, 7, or 8 with five different options for gemstones) with a tiny light embedded on the side. This serves as a notification light for your smartphone, which is often out of sight in a purse or coat pocket when out and about. The ring and notification settings are managed via a companion app for your phone.

Reaction to the smart ring has been positive but it is still only available in the U.S. at the moment. Ringly does ship internationally but you’ll have to pay associated taxes and duties along with $20 in shipping. It’s up pre-order and starts at $195 (that goes up with choice of stone), so the cost of ordering to Canada wouldn’t be cheap.

While some early adopters already have their Ringlys, the company says new orders will be shipping out in the spring. What’s not clear when the ring will be available for general sale or locally in Canada.