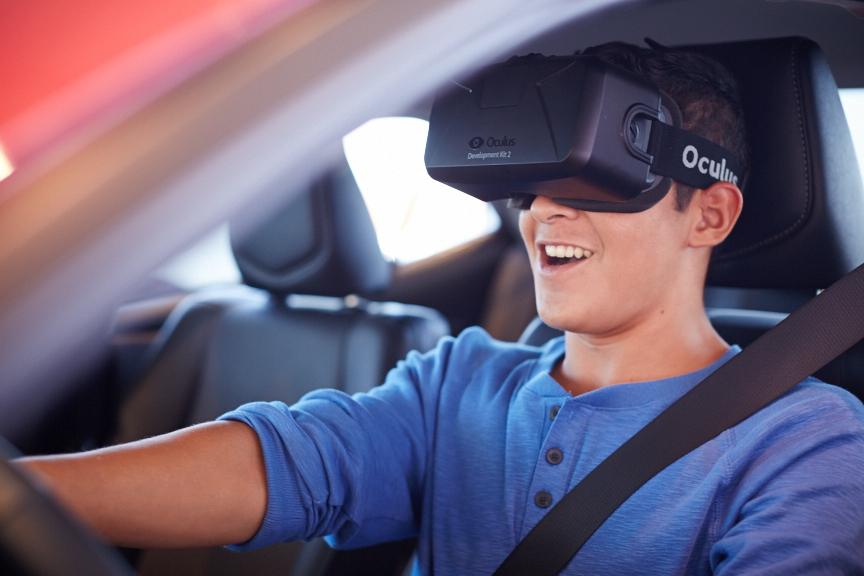 As a parent, there’s probably nothing scarier than watching your teenager buckle themselves into the driver’s seat of their car (or your car) and pull out into traffic. What if they’re not careful? Do they understand that roads are full of distractions? What if they play music too loud and can’t hear what’s going on around them?

While a parent may be guilty of worrying too much about their teenager’s driving habits, you can’t argue that learning to drive is scary and often unsafe. You’re out there sharing a road with people who may or may not understand or be sympathetic to the fact that you’re new and driving quite slowly, or perhaps even erratically.

Toyota is hoping to fix that problem through a new partnership with VR headset maker, Oculus. The two have paired up for the development of a brand new driving simulator for Toyota’s TeenDrive365 initiative. The TeenDrive365 program doesn’t actually involve any driving (that’s the simulator part) but the 365-degree head tracking, a 100-degree field of view, and RealSpace 3D Audio provided by Oculus Rift make for a pretty sophisticated virtual experience when combined with Toyota’s demo car (which offers pedal and steering wheel input).

Would-be drivers take the wheel of a car that is, in reality, stationary, and Oculus Rift puts them in sticky situations without any real-life danger. Teenagers are forced to learn about how dangerous distractions can be while on the road as well as how to handle difficult conditions like construction, emergency vehicles, loud friends, and phones.